Ted Lasso season 3, he comes back at a gallop

We know when the third (and last?) season of the phenomenal series Ted Lasso will be back on Apple TV+. First image.

Apple recently announced that the third season of the series Ted Lasso will arrive in the spring on its Apple TV+ platform. No precise date yet, but it should happen between the end of March and the end of June. By the way, a first photo (below) is revealed, showing face to face Ted Lasso and his former disciple Nate, now his rival.

Brett Goldstein, screenwriter on the series but also the tasty Roy Kent on screen, hinted that this season should be the last. Launched in 2020, the series has won over audiences and even critics with a slew of awards won in 2021. And if the wait seems too long, you can wait by literally playing Ted Lasso in the latest FIFA. 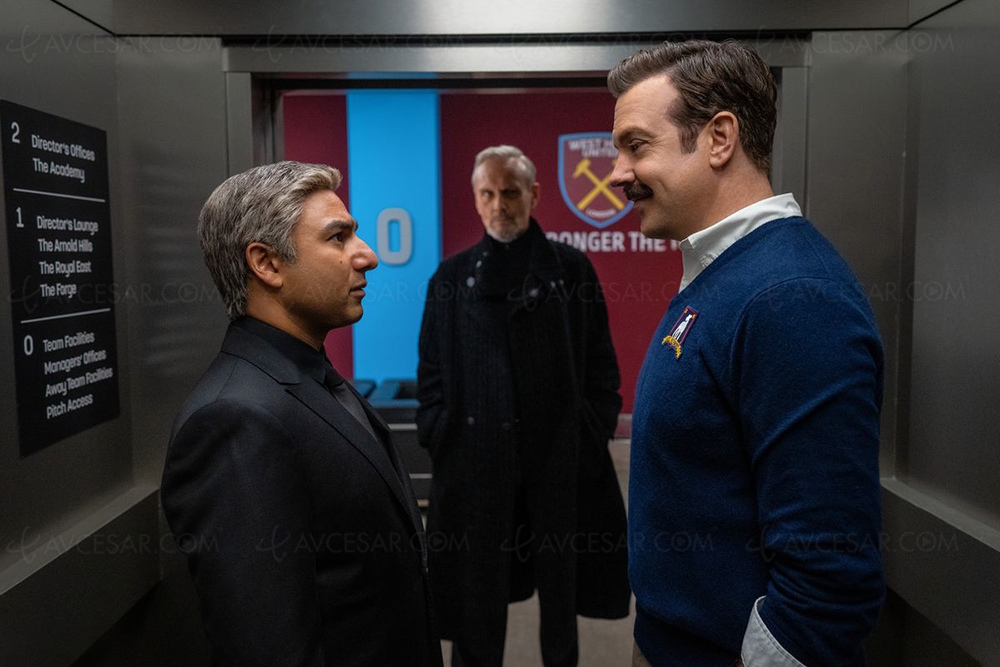