Antoine Fuqua, the director of Equalizer, Training Day and Emancipation, will direct a biopic on Michael Jackson.

The future feature film, whose screenplay will be written by John Logan (The Aviator, Skyfall, Gladiator), is already announced as “the story never told about the complex man who will become the King of Pop”.

Life and death of an icon

The press release also states that the film will look back on various aspects of Michael Jackson's life, including his most emblematic performances which enabled him to achieve the status of one of the greatest showmen of all time.

Who to embody the king of pop?

In forty years of career, the singer has been an icon of pop music, has influenced many artists and revolutionized the world of music with in particular innovative and timeless titles: Thriller, Beat It, Black or White, Bad, Billie Jean, Rock with You, Smooth Criminal, Remember the Time, Man in the Mirror, The Way You Make Me Feel, Don't Stop Til You Get Enough and so many more. For the moment, nothing has filtered on the name of the one who would play the singer in the biopic. But no doubt the role that everyone will fight for.

In the meantime, we can watch Kenny Ortega's docu-tribute This is it, behind the scenes of the rehearsals recorded between March and June 2009 before the concerts scheduled for the beginning of the summer at the O2 Arena of London, and which will never take place… 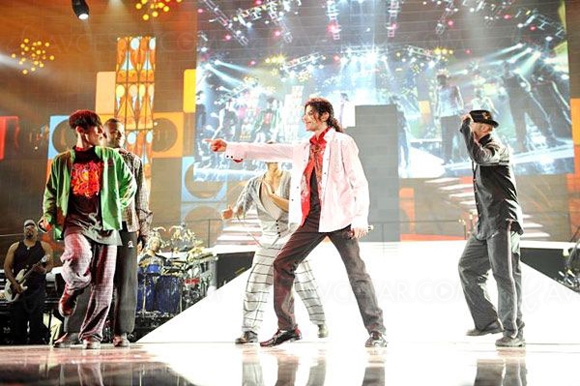