iPhone 13 models are already circulating for manufacturers of accessories for the next Apple smartphones.

The MacRumors site got their hands on mockups of the next four iPhones, ‌iPhone 13‌ mini, ‌iPhone 13‌ Pro, and iPhone 13‌ Pro Max. These models are regularly produced to give the right proportions of future devices to manufacturers of accessories, style hulls and protections.

iPhone 13, models that confirm the rumors

The release of the new iPhones being close (normally announced in September), these models do not tell us anything new compared to the many rumors that have already been circulating for months, not doing so that confirm them.

As expected, the iPhone 13s look a lot like last year's iPhone 12s, except for a notch a bit smaller at the front and improved cameras, causing small changes in positions on the rear module. Namely, experience shows that these kinds of mockups give a good idea of what the final product will look like. 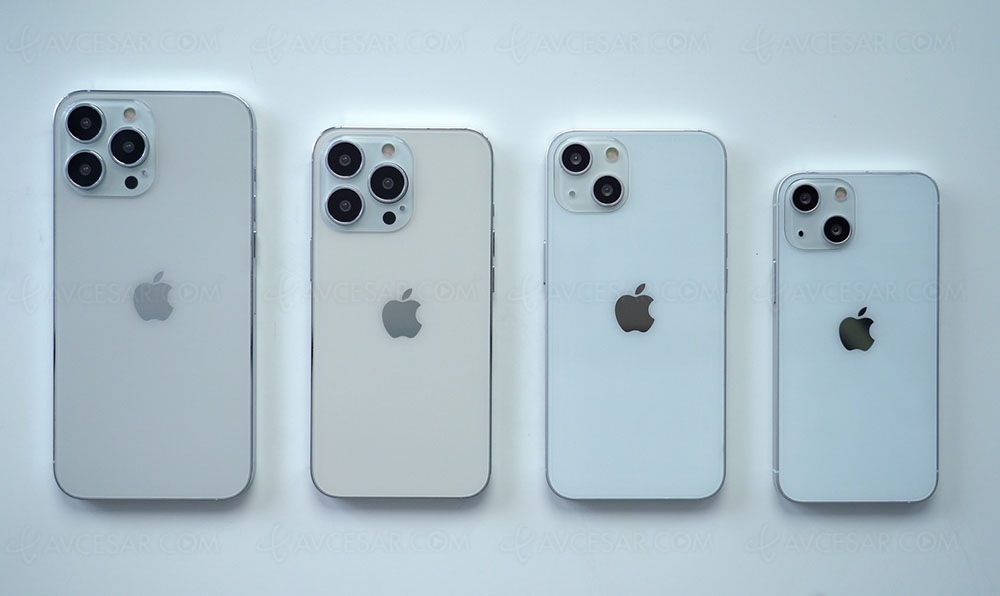