Netflix soundtracks can now be found on Spotify

The musical themes of Netflix movies and series are officially grouped together in a dedicated section on Spotify.

The music platform Spotify recently inaugurated a section dedicated to Netflix where you can find many playlists to listen to the Bof of series like La casa de papel, On My Block, Bridgerton, as well as the official soundtracks of Cowboy Bebop, Bruised , Squid Game and more.

Certainly a practical and quick response to a growing demand, with Netflix series being so popular that - for example - more than 22,000 playlists around Squid Game were created in just two weeks after the start of the broadcast. of Korean work.

To access this new section, simply type Netflix in the Spotify search engine. 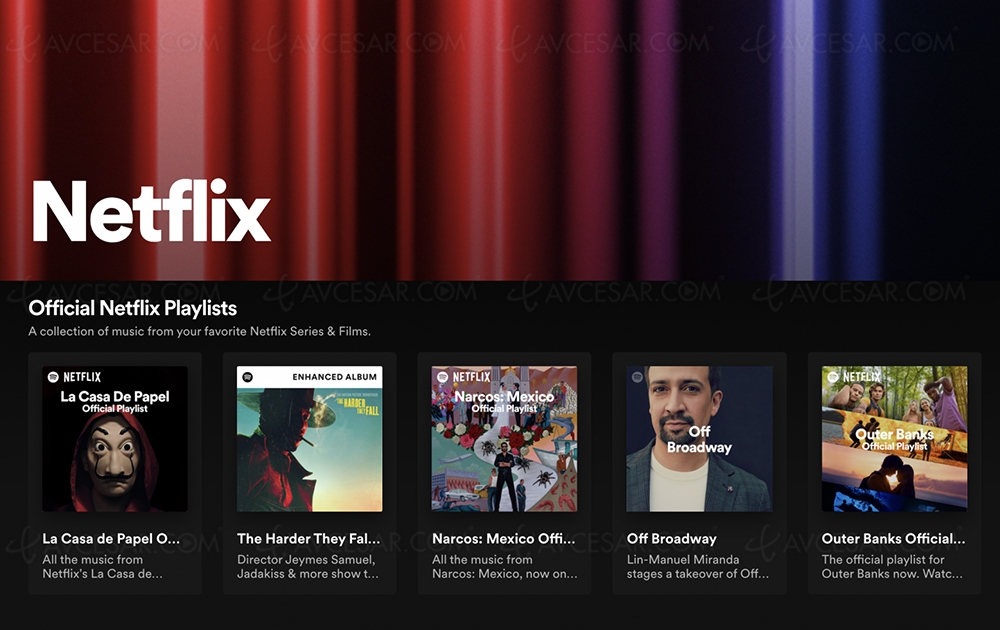