As the iPhone 13 is about to be officially revealed to the world, leaks continue to pile up about its successor due out in a year.

We are literally living in the future, as it has been a while since rumors circulated about the iPhone 14 when the iPhone 13 was not even in production.

iPhone 14 design according to the leaker Jon Prosser

It is a few days before the release of the iPhone-13 range that the leaky man Jon Prosser of the YouTube channel FrontPageTech (74.3% reliability on Apple Track) unveils the appearance of the iPhone 14 supposed to be released in September 2022. The devices are similar to the iPhone 12 with straight edges, but circular volume buttons. Note three photo lenses on the back, as on the current Pro models. However, the lenses are not surrounded by the usual square modulus, and seem less protruding from the surface. Also remarkable, the iPhone 14 Pro completely ignores the notch to adopt a perforation in the screen. Finally Prosser specifies that the iPhone 14 will be in titanium.

Of course, all this should be taken with a grain of salt, especially the perforation which seems far from what Apple usually offers in terms of design. 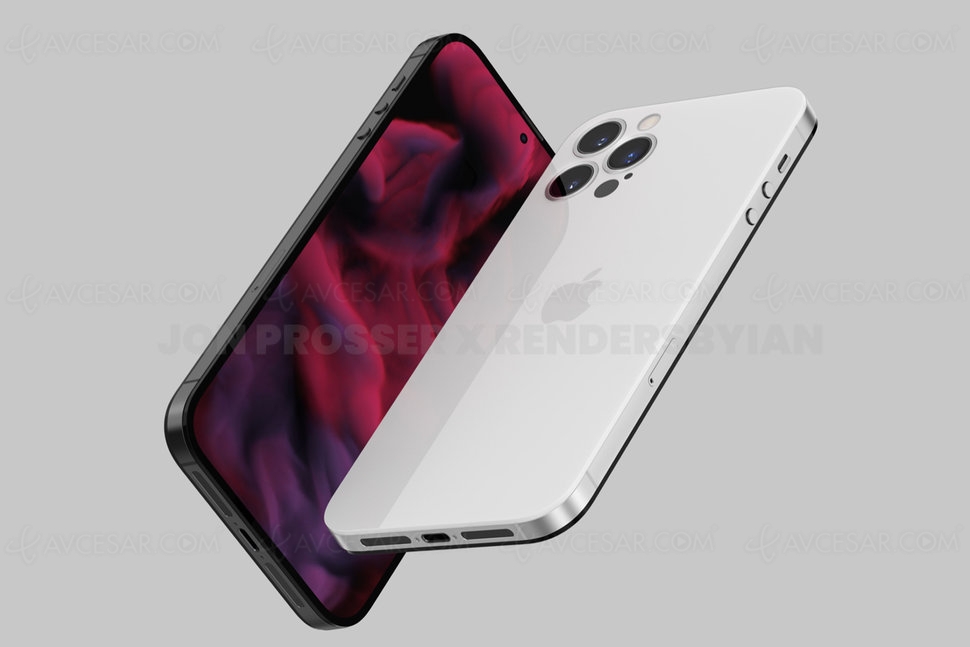