Netflix has just unveiled the very first trailer for the long-awaited season 4 of You, and it's pretty tempting.

While the previous seasons tended to repeat themselves, these first images seem to suppose a renewal in the story since Joe Goldberg (played by Penn Badgley, Gossip Girl) finds himself in turn the victim of an ill-intentioned person. After New York and Los Angeles, the action of this season 4 takes place this time mainly in London, where Joe tries to lead an “ordinary” life.

The corrosive black humor characteristic of the series also seems appropriate. As a reminder, Joe is a bloodthirsty sociopath looking for true love and his next target may well be Kate (Charlotte Ritchie). Love Quinn (Victoria Pedretti) will not return for this new season, but we can note the arrival of Lukas Gage (Euphoria), Ed Speleers (Outlander) and Aiden Cheng for this new season. Also note that this new season will be broadcast in two installments, a first burst of 5 episodes on February 9, 2023, a second of 5 episodes still, on March 9, 2023. 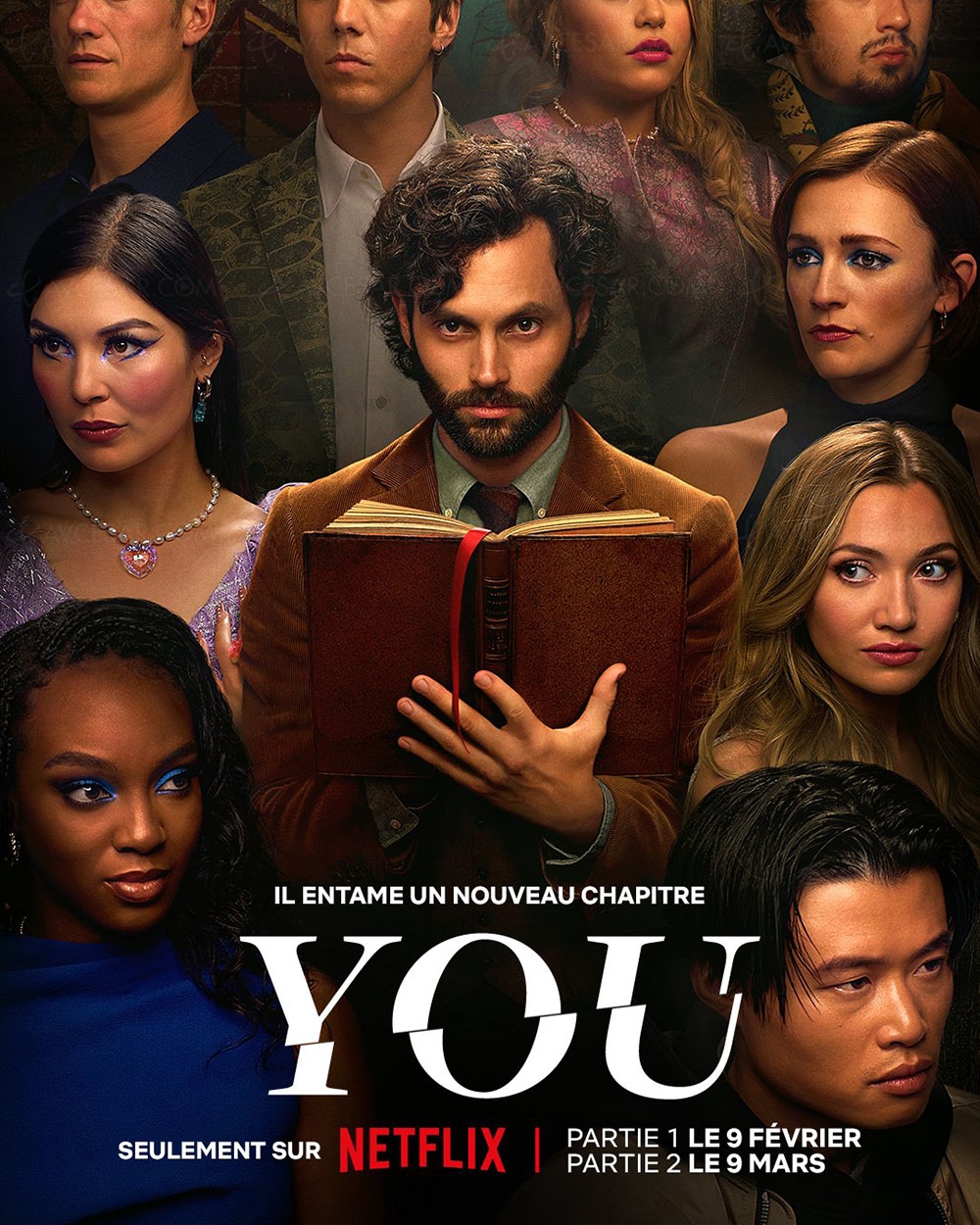