After a successful Parisian experience at the end of last year, Prime Video's "video club" is returning to more French cities.

A modern re-interpretation of the classic but now rare video club, the pop-up Prime Video Club met with success during its first iteration in Paris in December 2021.

Prime Video Club 2022, Toulouse in Nice in addition to Paris

The Prime Video Club seeks to reproduce the particular atmosphere of the good old video club, but does not lose sight of its goal: to promote the contents of the Prime Video streaming platform. It will therefore be possible, among other things, to attend exclusive screenings of the big releases of the coming weeks such as Cœurs Noirs, Celebrity Hunted: manhunt season 2, Shotgun Wedding or Hawa.

Also note the possibility of participating in a dubbing session in a real on-site studio to dub some of the scenes of the most popular Amazon Original series. 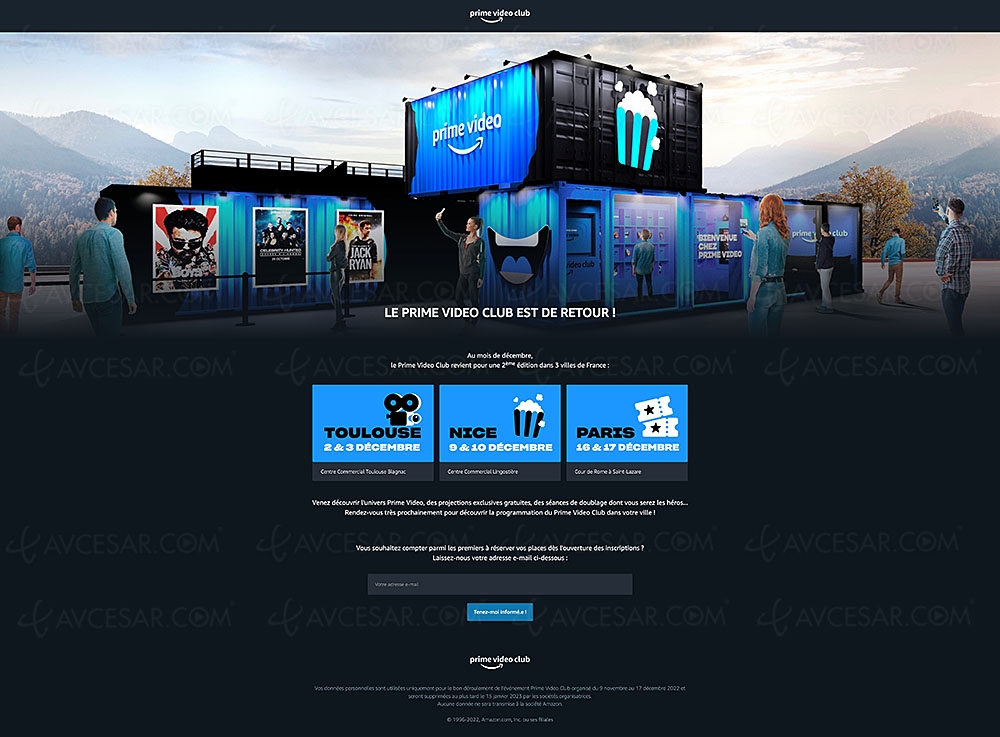