Sad news for those who had kept their PlayStation VR games in hopes of playing them with the new PS VR2 virtual reality headset for PS5. They will not work on the new Sony branded device.

On a recent episode of the Official PlayStation Podcast, Sony Interactive Entertainment Vice President Hideaki Nishino confirmed that games on the first generation PS VR virtual reality headset will not work with the new PS headset VR2 which will be released for the PlayStation 5 in early 2023.

That's because “PS VR2 was designed to deliver a true next-gen experience,” Nishino explained. Note, however, that there is an adapter to connect your “old” PS VR headset to PS5. As a reminder, the PS VR2 is equipped with OLED screens with a resolution of 2,000 x 2,040 pixels per eye, with a refresh rate of 90 Hz to 120 Hz and a field of vision of approximately 110 degrees. The movement of the eyes is tracked in real time and the gaze allows in particular to interact with various elements on the screen. The controllers, now called PS VR2 Sense, have haptic feedback and adaptive triggers, like the DualSense PS5.

Also noteworthy, 3D audio reproduction via the headset and a connection to the console via a simple USB cable, all without the need for an external camera for tracking. A big plus compared to the first PS VR. Finally, note that around twenty "important" games will be available at the launch of PS VR 2. 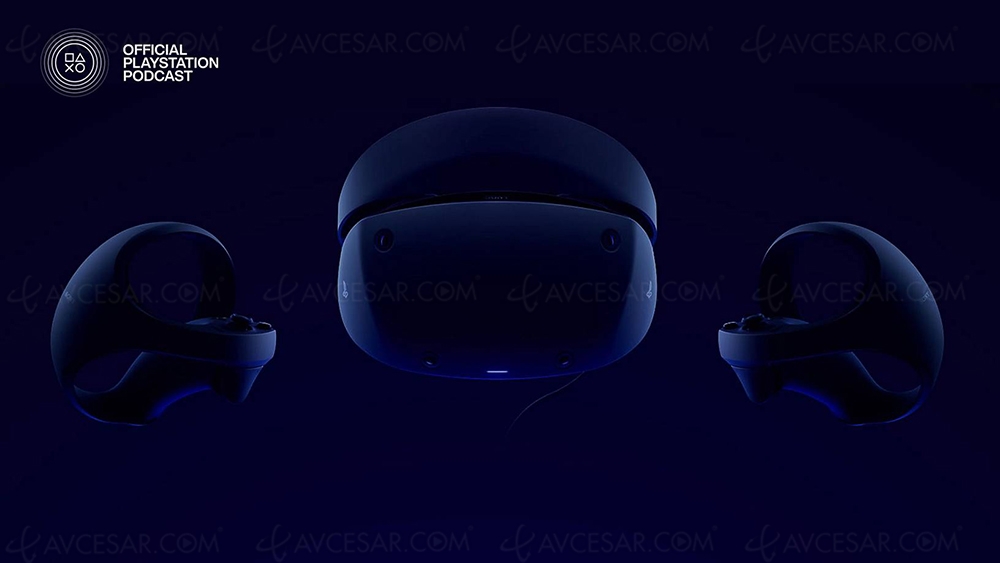