LG Display is trying to conquer the market for smartphone and tablet screens, which is largely dominated by its competitor Samsung.

LG Display, the display manufacturing company owned by LG Group, and first cousin of LG Electronics in charge of marketing LG products, recently announced a plan to invest in the production of Oled displays small and medium size, those used for smartphones and tablets.

The objective of the Korean firm is to double its capacities in three years to meet the needs of its customers. According to the latest rumors, Apple, which plans to massively adopt Oled technology on iPhones, iPads and MacBook Pro computers, has already contracted the supply of many LG Display Oled screens for the mid-2020s…

Of an amount of 2.8 billion dollars, this commitment will be spread over several years, from this month of August 2021 until March 2024. These new production lines will be dedicated to the production of 'sixth generation OLED screens and will therefore be commissioned in 2024.

In the wake of Samsung Display…

While LG Display is the undisputed world leader in the production and distribution of large Oled screens for televisions, the company remains largely behind when it comes to Oled screens for smartphones and tablets. This niche is occupied by Samsung Display which owns around 80% of the market. With this new investment, LG Display hopes to catch up with its fellow competitor. 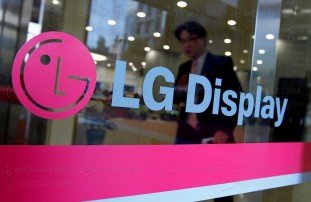