In the course of a film or a series we sometimes discover a fake film or a fake series, often in the form of a trailer, created to serve the story.

We think for example of the film Itchy and Scratchy or McBain in the Simpsons, the films of the actors of Tonnerre sous les Tropiques, or even Avé César, in… Avé César. These fake movies now have their fake Netflix, a site called Nestflix which lists over 400 of these fictional works, with their titles, synopses, images and the title of the real movie / series they appeared in.

If we can regret the absence of video extracts (or at least of links to YouTube) it is nevertheless a beautiful database, doomed moreover to grow since users are invited to submit their discoveries to complement Nestflix. 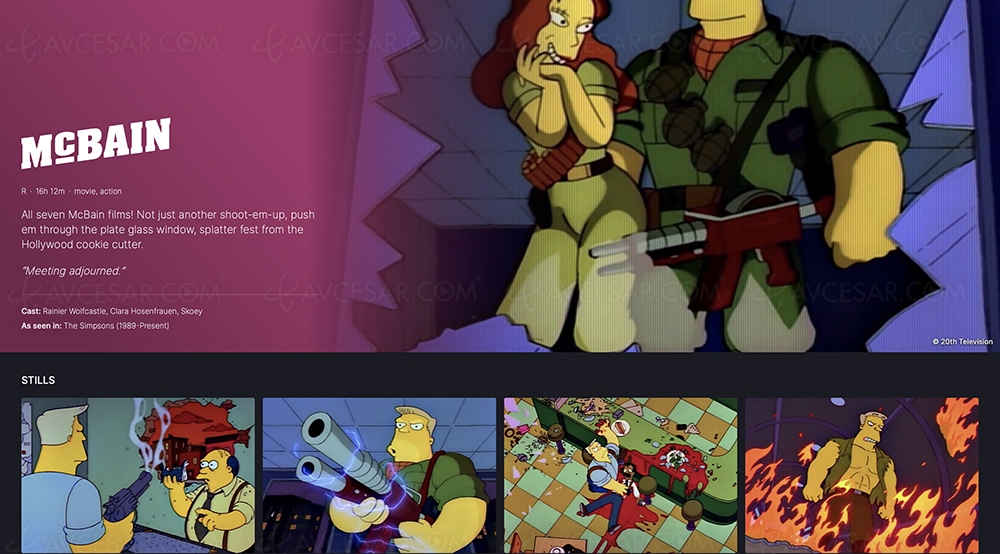