Launched with more than 200 works and 70 hours of editorial supplements, Gaumont Classique can boast of being the first subscription VOD service (or SVOD) devoted to French cinema classics, in black and white.

For this launch, Gaumont has joined forces with the Netgem group, which provides its technical platform for managing the entire subscription video-on-demand service: from the encoding of works to the management of subscribers, including compatibility with iOS and Android operating systems, all browsers on the market, as well as Chromecast and soon AirPlay.

The word to Mathias Hautefort, CEO of the Netgem group

“Having the privilege of working with the world's oldest film company to bring its greatest achievements to the public is an important recognition for Netgem's 'Content-as-a-Service' solution and a confirmation of its potential, explains Mathias Hautefort, Managing Director of the Netgem group. We are convinced that subscribers will appreciate Gaumont Classique and thank the Gaumont Classique team for their trust. »

The word to Jérôme Soulet, director of the catalog of Gaumont

"It was essential for Gaumont Classique to rely on a French partner, with recognized technical expertise, a historical player in content technologies, and ready to share the fruits of this project with us" adds Jérôme Soulet, director of the catalog of Gaumont.

The word to Sidonie Dumas, general manager of Gaumont

"Gaumont is pursuing its policy of access to works with the ambition of having new audiences rediscover black and white cinematographic heritage works," declared Sidonies Dumas, CEO of Gaumont.

Namely, from May 17, Gaumont Classique will see its offer enriched on the occasion of the 75th Cannes Film Festival, with a collection of films that marked the competition: Antoine et Antoinette, Rendez-vous de Juillet, La guerre is over, The accursed, The disarray of the student Toerless, Of the rififi among men… 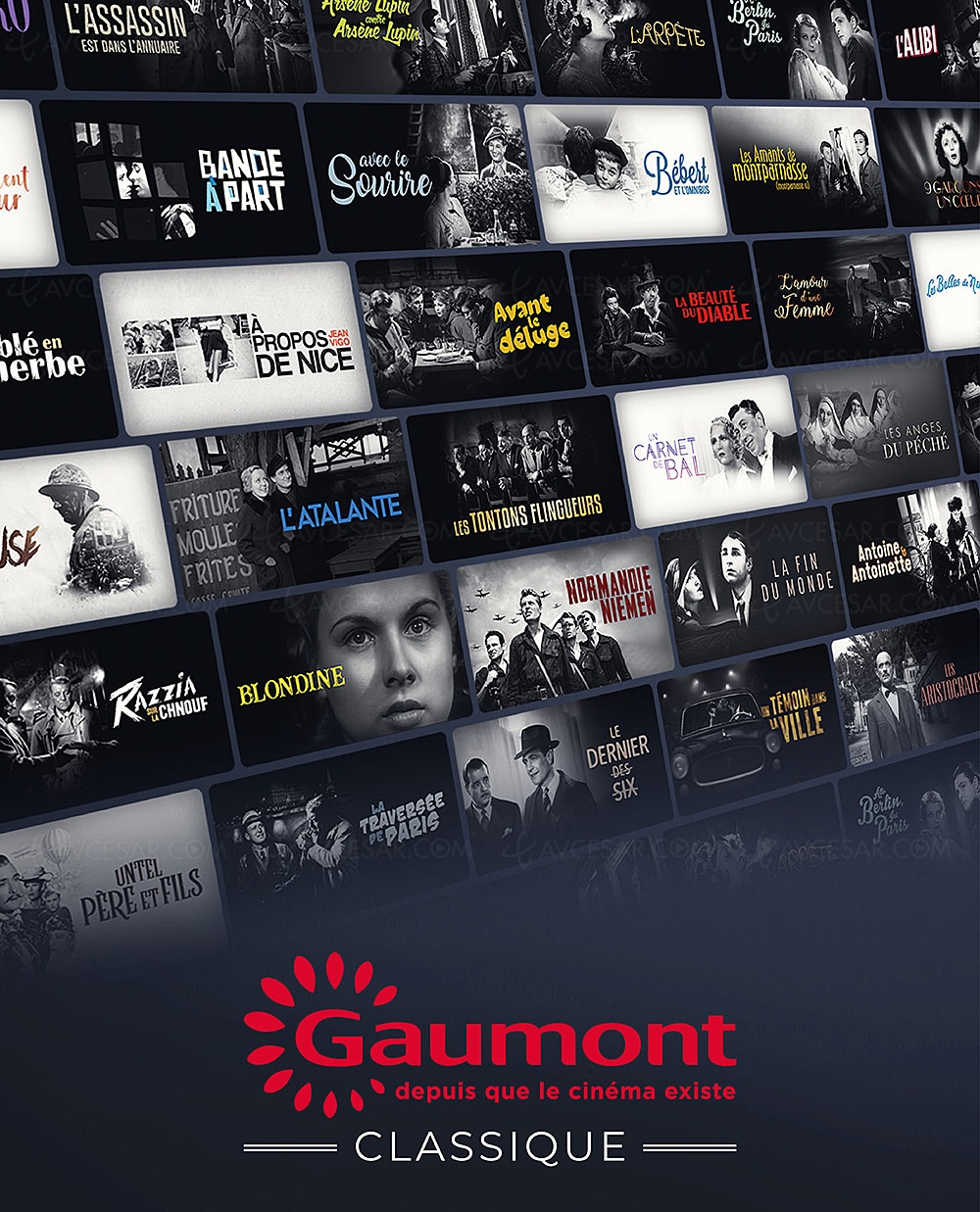