The flagship of Yamaha's 2021 home cinema amplifier range, the RX-A8A is long overdue. However, the delay was taken advantage of by the Japanese manufacturer to integrate fully compatible 8K / 60 HDMI connectors, that is to say free of bugs. Make way for our test bench.

The Yamaha RX-A8A marks a turning point in the range of Yamaha home cinema amplifiers. It is indeed the first “integrated” specimen with 11 amplification channels since the Yamaha DSP-Z11 appeared in 2008, an eternity in terms of technology.

Equipped with all the latest features (8K / 60 compatible HDMI 2.1 connectors), the Yamaha RX-A8A aims to satisfy both fans of spectacular Home Cinema systems and discerning audiophiles. As such, Yamaha has implemented many exclusive technologies including power stages with very high sweep speed to restore the dynamics of the impulse frequencies. Of course, the RX-A8A has a Phono input to take advantage of vinyl's comeback. And thus have the best of music in all its forms: analog, digital and dematerialized.

Like almost all Yamaha amplifiers, the RX-A8A has the MusicCast multiroom function for even better ergonomics through a very successful and easy-to-use application. To learn all about the capabilities of the Yamaha RX-V8A and immediately discover our complete test bench of this amplifier, click on the following link: Yamaha RX-A8A. 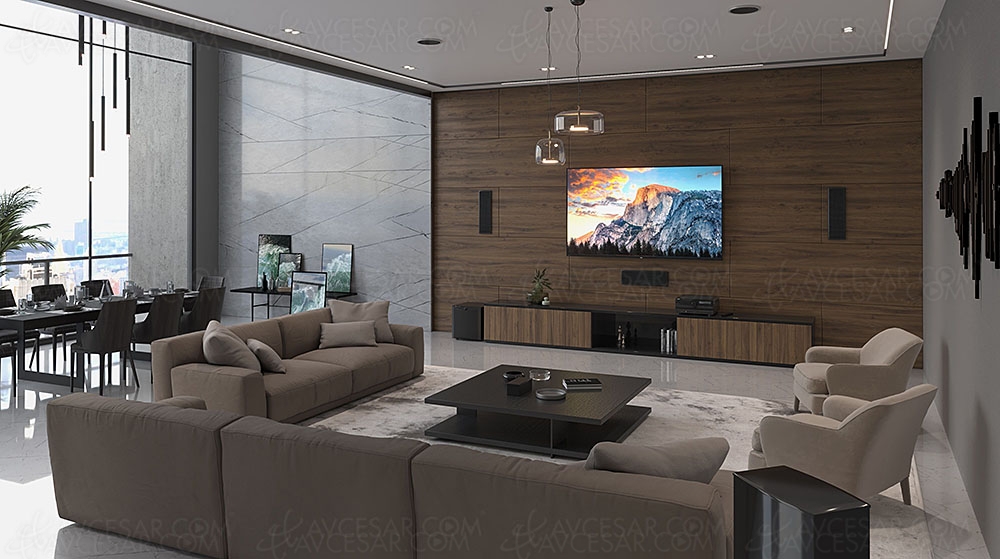