The Korean manufacturer presents its new portable speaker with an original appearance and powerful sound, the LG XBoom 360.

The LG XBoom 360 speaker is distinguished by its cylindrical / conical format making it look like a lantern. And in this regard, the device incorporates a light insert and offers a wide range of lighting options via the dedicated mobile application, including three mood modes: Ambient, Nature and Party. 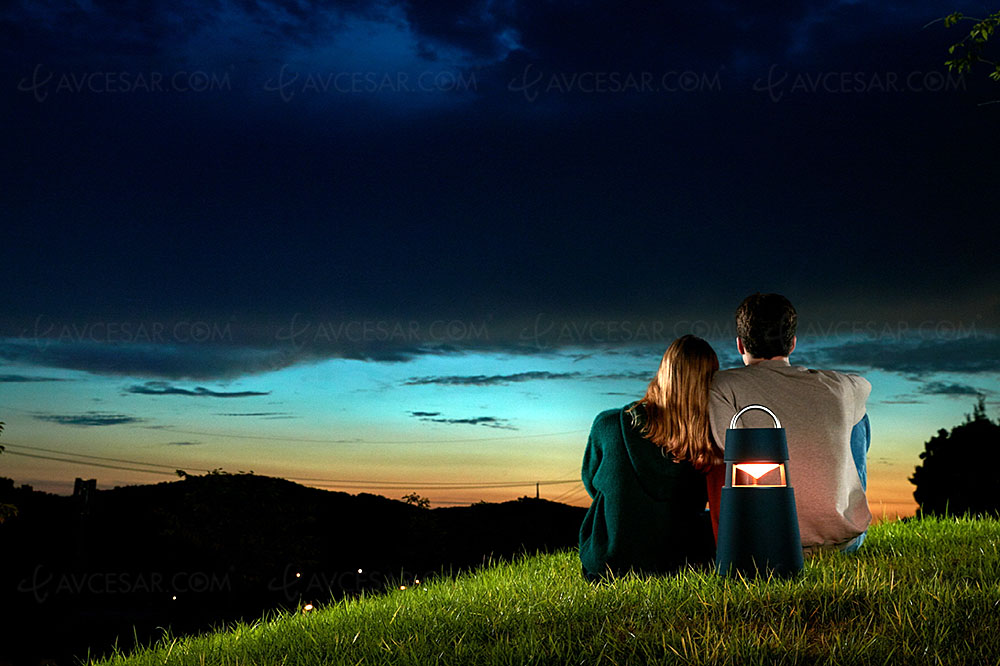 On the sound side, the reproduction is carried out at 360 °, you guessed it, with a tweeter and a midrange-boomer designed to broadcast audio with minimal distortions. The tweeter's titanium diaphragm generates a linear frequency, while the fiberglass mid-woofer delivers dynamic bass with a natural midrange response. Precision, the total sound power delivered is 120 watts. 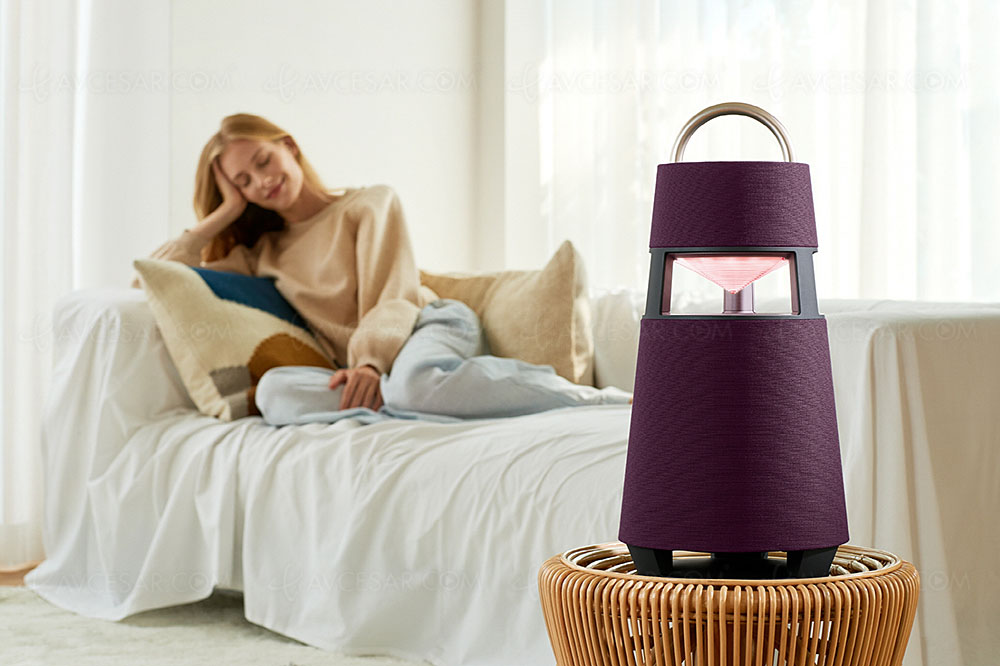 Namely, it is possible to combine via the Wireless Party Link functionality two LG XBoom 360 speakers to configure a true stereo system (2.0), and the battery offers ten hours of music listening at a reasonable level . Finally, the XBoom application (Android / iOS) is available to control the speaker. 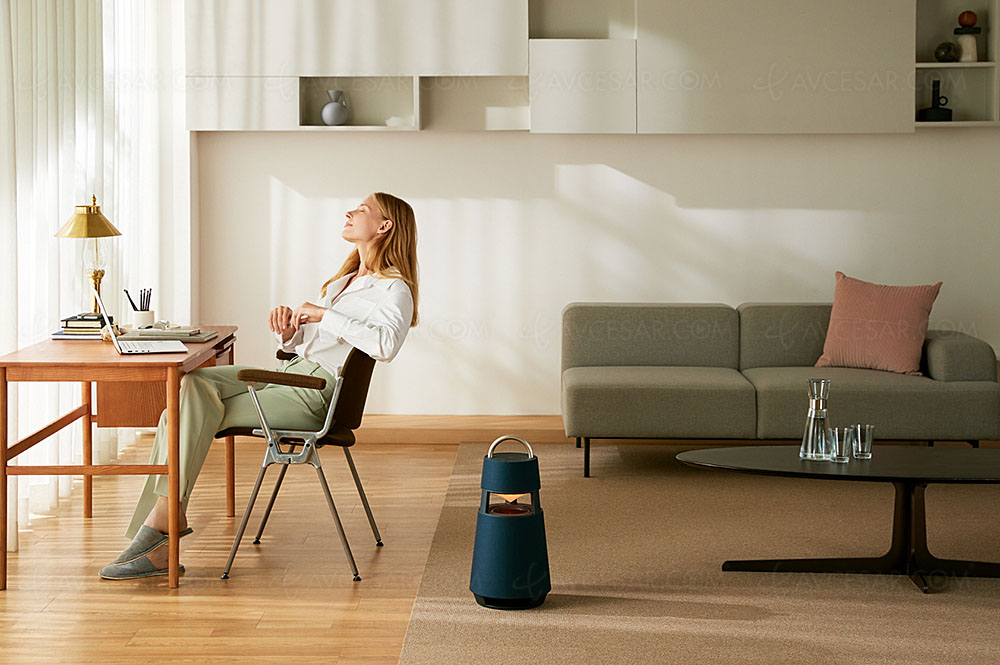 Note a DJ Effect function to mix several samples with sound effects such as vinyl scratches. In terms of autonomy, the speaker goes up to 10 hours of listening time in a single charge. In addition to its unique appearance, the LG XBoom 360 has a metal handle for easy transport, as well as a solid fabric cover, available in Beige, Burgundy, Charcoal Black and Peacock Green. Finally, note that the speaker is partially constructed with recycled materials and that a carrying handle is required. 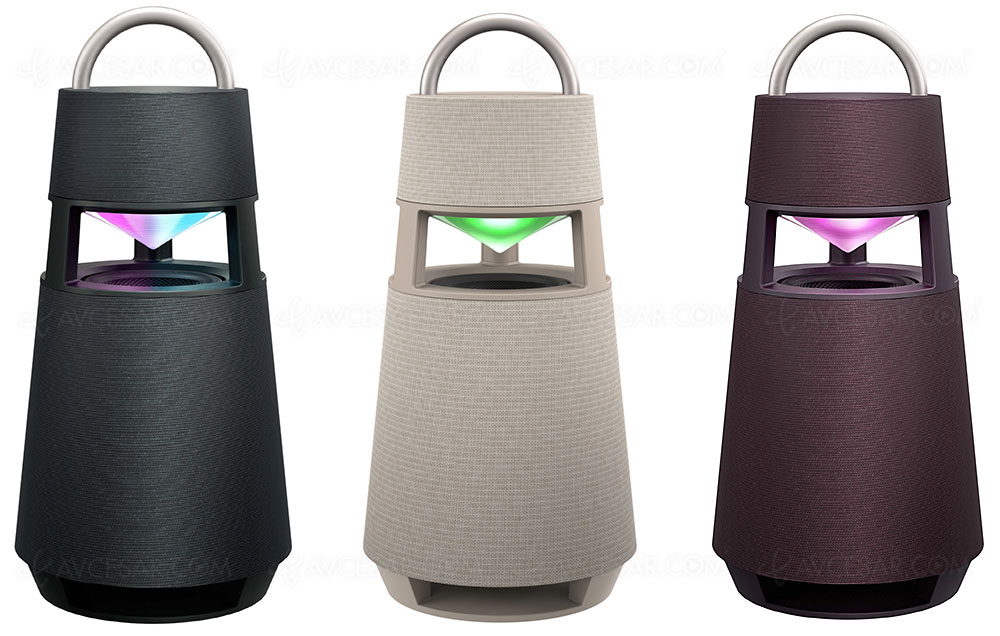 Reminder of the key features of the LG XBoom 360 speaker:

• Battery: up to 10 hours of listening at reasonable level 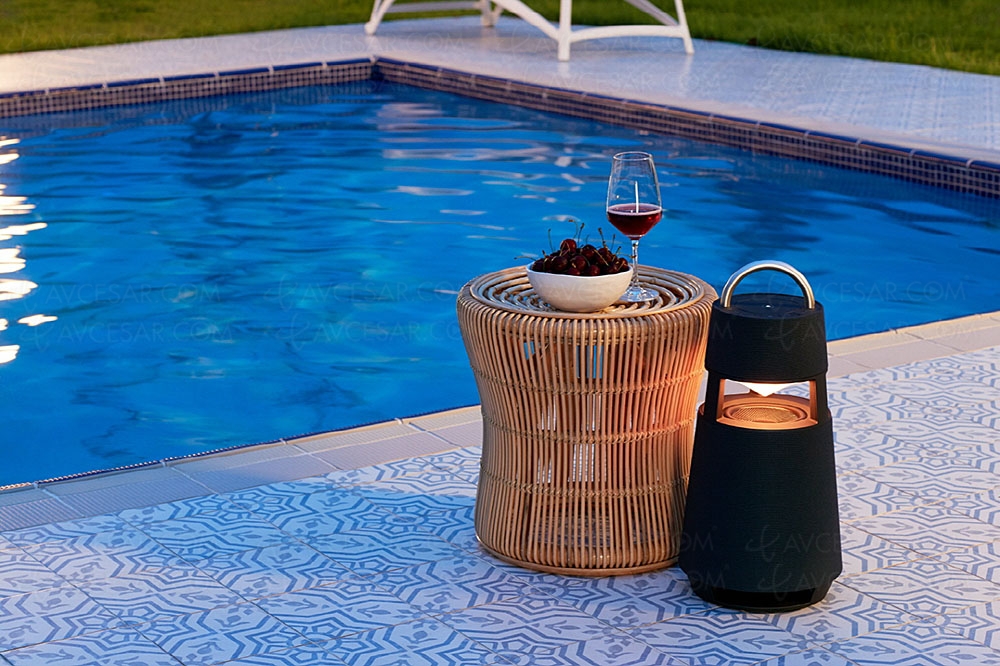