An unprecedented Eric Clapton concert captured during the pandemic and soon in 4K Ultra HD, this is what we call an event.

Some call him simply God. From his beginnings in the 1960s with the Yardbirds before shining with Cream or Blind Faith and until his multiple solo albums, Eric Clapton's career simply follows the history of rock, which he will have marked with his precise and bluesy playing.

Exceptional concert in an English mansion

While scheduled to perform at the Royal Albert Hall in May 2021, concerts canceled due to the pandemic, Eric Clapton and his friends (Nathan East on bass and vocals, Steve Gadd on drums, Chris Stainton on keyboards ) could not bring themselves to unplug everything and decided to play their great standards in acoustics, but also covers of blues, country as well as rare titles. A session that took place at Cowdray House, a mansion in West Sussex, England.

One and only guest

An intimate and inevitably unique concert captured in all discretion by the cameras of Russ Titelman (James Taylor, George Harrison, Brian Wilson). The only outside guest, Melia, Clapton's wife, who inspired the title of these “lockdown sessions”, The Lady in the Balcony.

Mainly acoustic, the concert is almost designed like an Eric Clapton Unplugged II, apart from the last three songs played with electric guitars. We will thus find the hits After Midnight, Layla, Bell Bottom Blues, Tears in Heaven, Nobody Knows You When You're Down And Out, but also covers of Black Magic Woman or Man of the World by Fleetwood Mac.

Note, the concert is completed by interviews with Eric Clapton and members of the group, and that the live will also be released on Tuesday, November 9 in 30 venues in France (Kinepolis network). 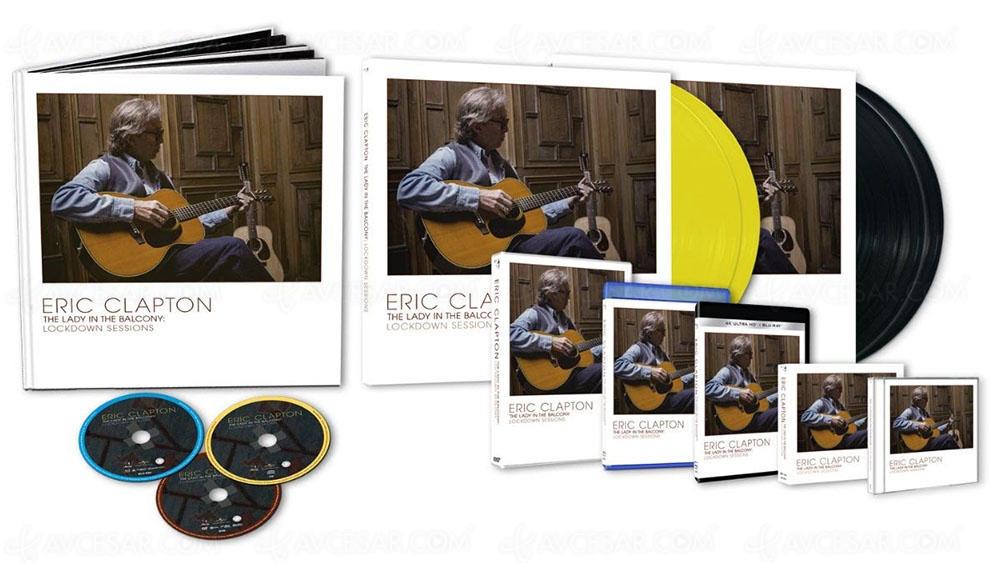