After the 4.0 Sony HT-A9 system and the Sony HT-A7000 sound bar already presented in our columns, here is another audio novelty from the Japanese manufacturer, the Sony HT-A5000. Again, this is a new soundbar with a built-in subwoofer.

The Sony reference HT-A5000 is therefore a 5.1.2 sound bar sold on its own. But it can greatly evolve with the addition of a pair of compact wireless surround speakers, the Sony SA-RS3S, then by taking advantage of the addition of an optional Sony SA-SW3 wireless external subwoofer. (160 mm membrane and 200 W power, see second photo below) or Sony SA-SW5 (180 mm membrane and 300 W power, see first photo below). So, with an additional pair of surrounds, virtual Dolby Atmos 5.1.2 decoding becomes discreet for enhanced surround channel performance. 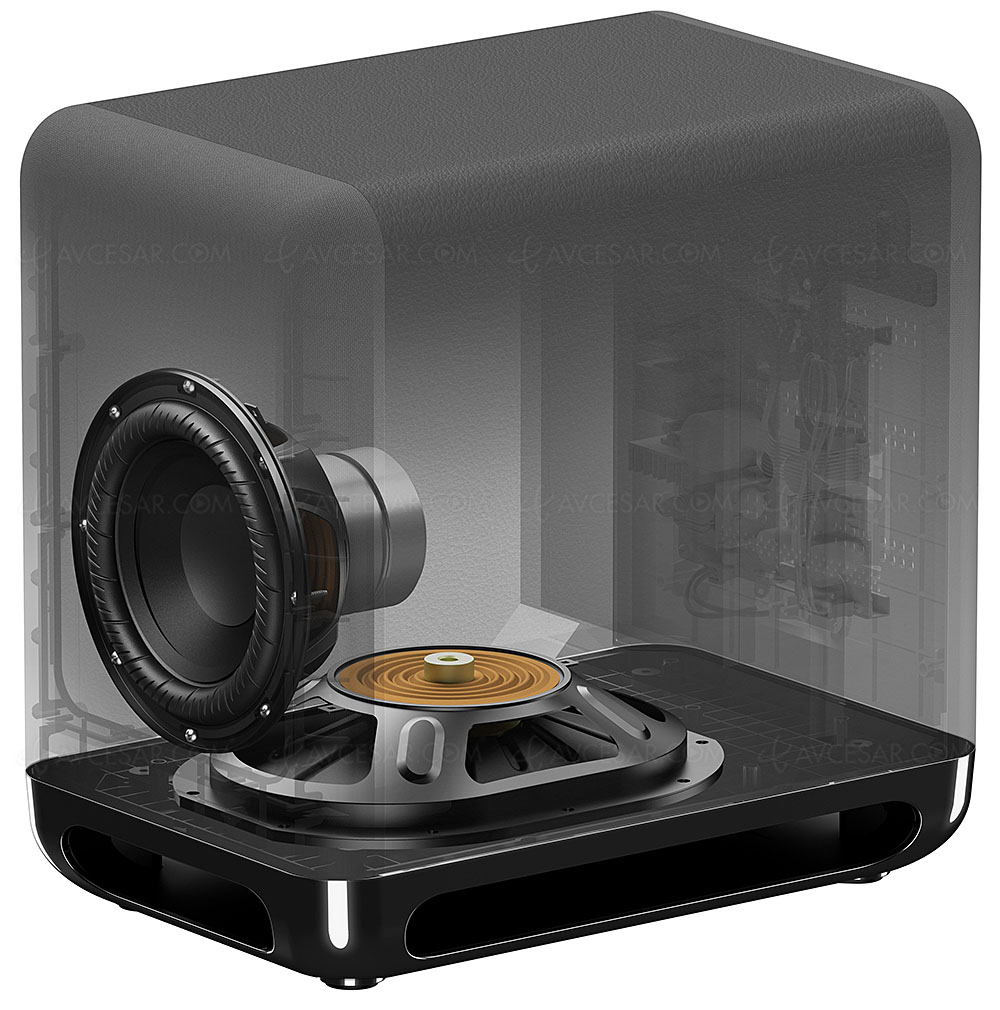 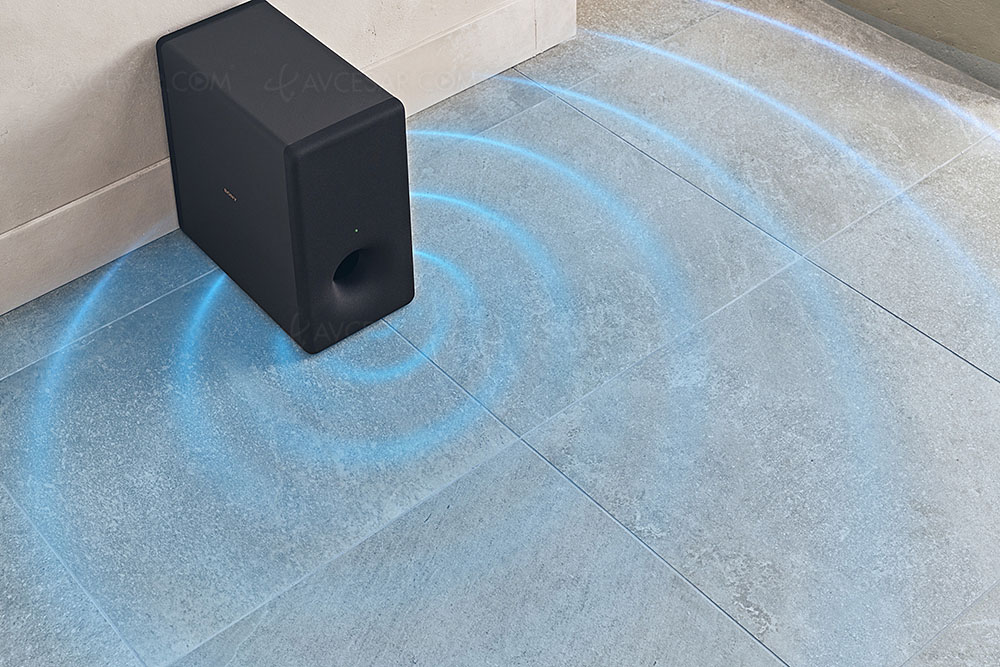 Among the innovations available on the Sony HT-A5000, the Acoustic Center Sync function. This, in the presence of a 2021 vintage Sony TV (Sony X95J, Sony Z9J, Sony A90J and Sony A80J series), allows the TV audio system to be integrated. The latter then plays the role of central channel to further enrich the sound experience. Likewise, the 360 Reality Audio music mode for a 3D sound close to that of a live concert is also in order.

Namely, the streaming services Amazon Music HD, Deezer and Tidal offer albums encoded with 360 Reality Audio technology. And to be complete, the speakers also take advantage of the DSEE Extreme principle to magnify in real time (via the Edge-AI algorithm) the sound quality of compressed audio files. 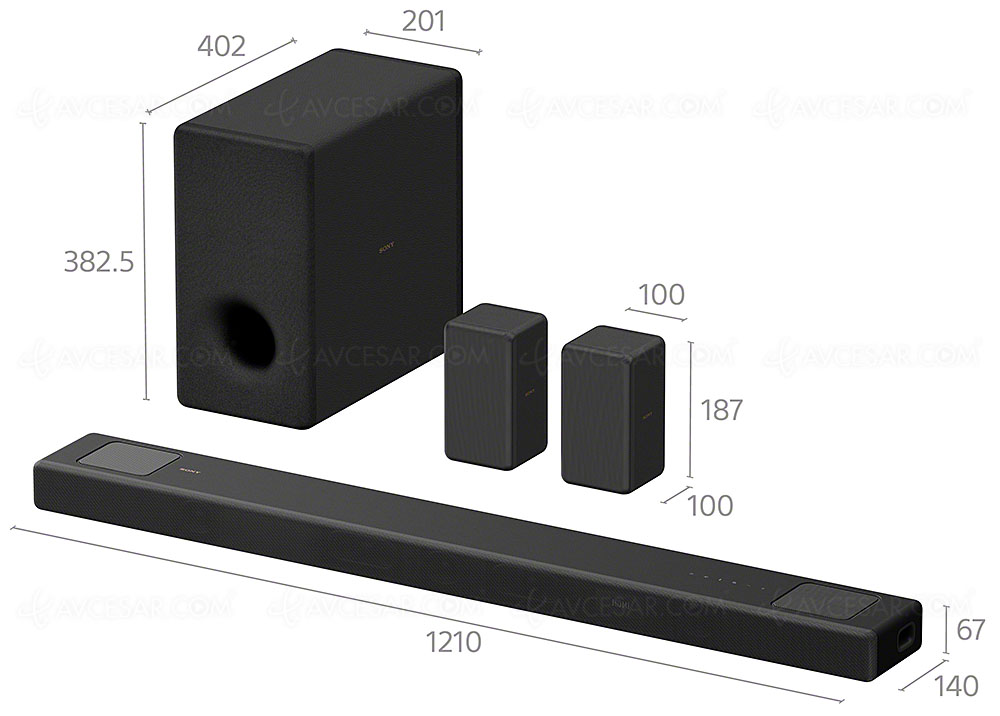 The Sony HT-A5000 soundbar has nine speakers. Five on the front, including two X-Balanced (rectangular shaped) for the bass, plus two beam tweeters. For Dolby Atmos and DTS: X compatibilities, it benefits from the S-Force Pro Surround process associated with two Up-Firing speakers and Vertical Surround Engine technology (vertical surround processing). The idea is to enjoy the height sound effects of these soundtracks without any ceiling speakers. 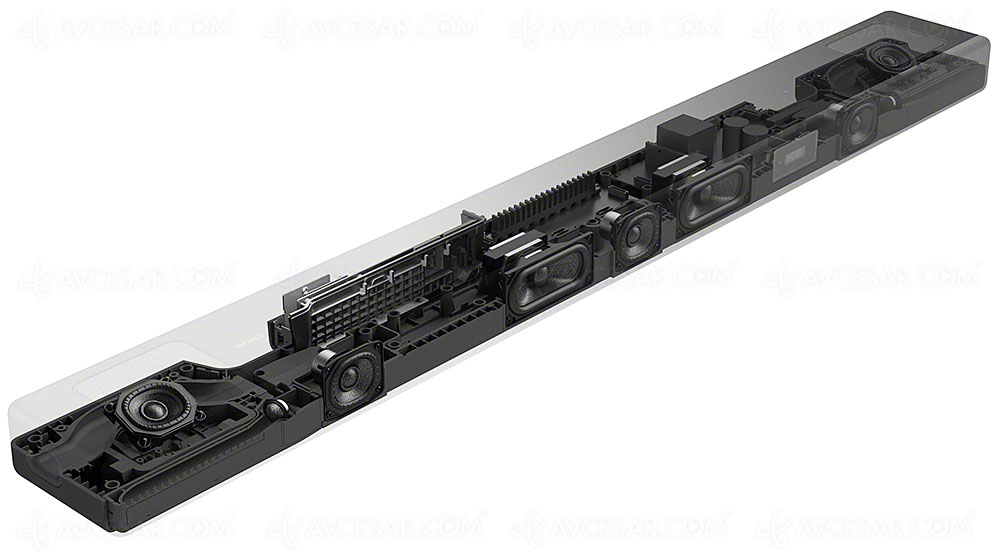 For the rest, the Sony HT-A5000 is also equipped with Amazon Alexa and Google Assistant voice assistants. Connectivity is rich with Bluetooth 5.0, Spotify Connect, Chromecast (integrated), Wi-Fi ac and AirPlay 2 compatibilities. HDR Dolby Vision and Hi-Res Audio certifications are also on the menu. The connection has an HDMI 2.1 input / output (with eARC function, 4K / 120 or 8K / 60), an optical input, a USB-A port and an S-Center Out output for the Bravia 2021 TVs mentioned above. .

To know again, the Sony HT-A5000 pack is optimized for the PlayStation 5. By that, if the next-gen Sony console is connected, no negative impact is to be expected on the Input Lag. No additional delay is to be feared either, the Input Lag linked to the soundbar is reduced to zero.

Reminder of the key features of the Sony HT-A5000: 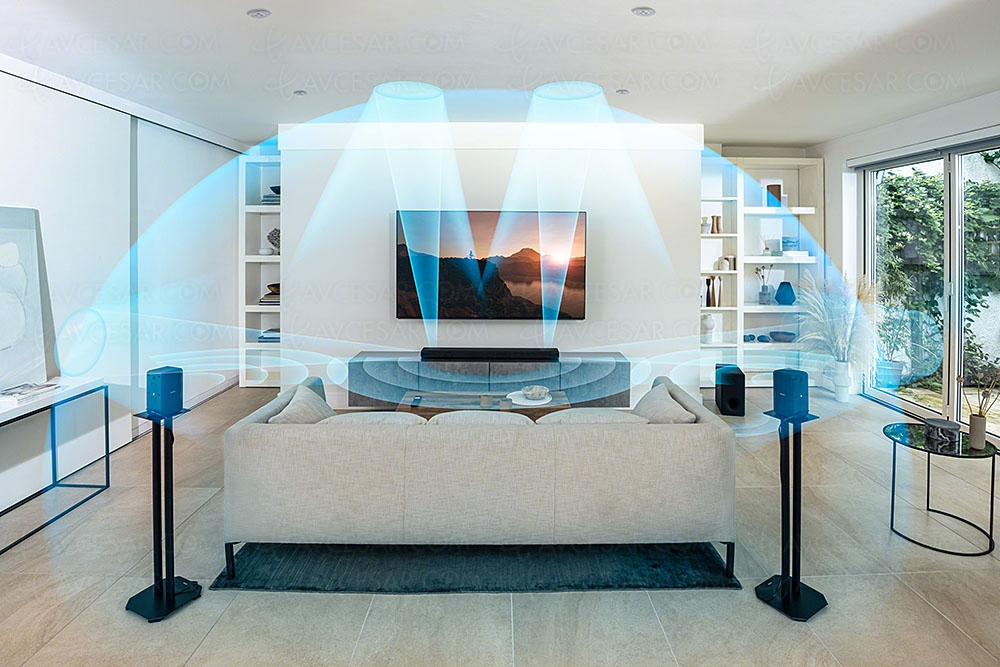