On a selection of its 2023 Smart TVs, Samsung is introducing a new option allowing the visually impaired to better enjoy the images on the screen.

Already introduced in 2017 on late Samsung virtual reality headsets, the Relumino option is making a strong comeback and will be integrated on a selection of 2023 Samsung televisions, starting with the QN90C, QN80C, QN900C, and QN800C.

Samsung Relumino mode, to improve the vision of the visually impaired

In concrete terms, Relumino allows people with visual impairments to better discern video content. By analyzing images via algorithms, Relumino mode brings out silhouettes by surrounding them, increases contrast, adjusts brightness, improves colors and overall accentuates the visual, so that visually impaired people can better enjoy the action. , rather than just seeing a fuzzy mush. 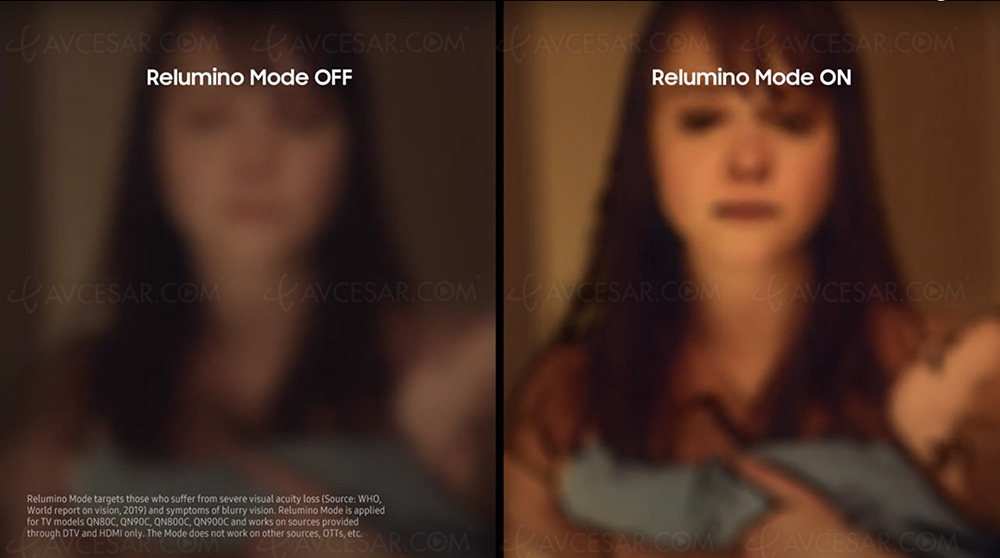