Spielberg talks about his huge regret over Jaws

On the occasion of the promotion of his next film, Steven Spielberg notably shared a nagging regret concerning his cult film Jaws.

While promoting The Fabelmans, the director's most personal film about himself and his love of cinema, the director confided in The Hollywood Reporter and a podcast for the BBC on the books, films and music that he would take with him to a desert island.

During these confidences, he notably returned to one of his greatest successes, Jaws, and confided how much Bruce Springsteen and Alfred Hitchcock had been able to influence his personal and professional life by being key elements for success of Jaws: "I had to show a lot of ingenuity to succeed in creating suspense and terror without seeing the shark itself. Hitchcock did that, and I think Hitchcock was a great guide to me in how he was able to scare you and still not see much. I was very lucky that the mechanical shark didn't work while filming the movie. I was lucky and the audience was lucky that it keeps breaking, because the movie is scarier without the shark than with it”.

When the journalist asks him if he would be comfortable alone on an island surrounded by sharks, he takes a very serious air and specifies: "I am still very afraid of sharks today, but I can understand that sharks are somehow mad at me for the sport fishing frenzy that resulted from the release of Jaws in 1975, that's something I really regret today. Many sharks have been slaughtered because of the book (from which the film is adapted) and the film. I sincerely regret it”. Shortly after 1975, Spielberg would become an ardent defender of marine fauna and flora. This explains that. 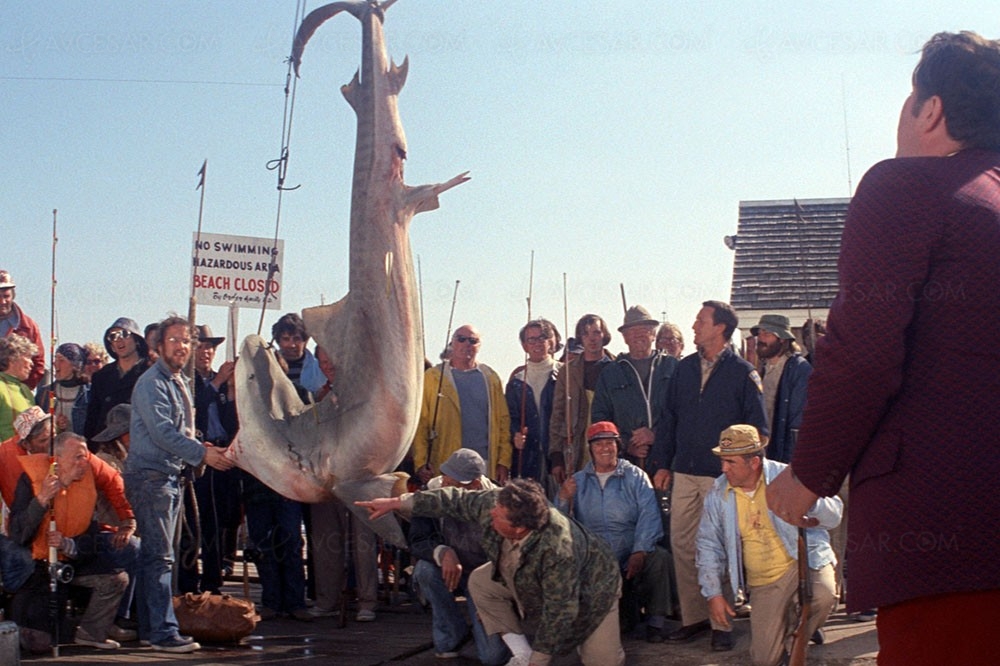