If proof was needed of the switch made over the past fifteen years by the video market between physical and dematerialized media, the graph below unveiled yesterday at the Ultra HD Partners conference in Paris, and by extension, the one at the bottom of this news, are the flagrant proofs.

As you can see (see graph below), the golden age of physical formats dates back to 2004 with DVD media at its peak, the year the Star Wars Episodes IV trilogy was released, V and VI. In 2004, the VHS tape was still present, although largely declining, with a turnover roughly equivalent to that of the DVD for the year 2022. 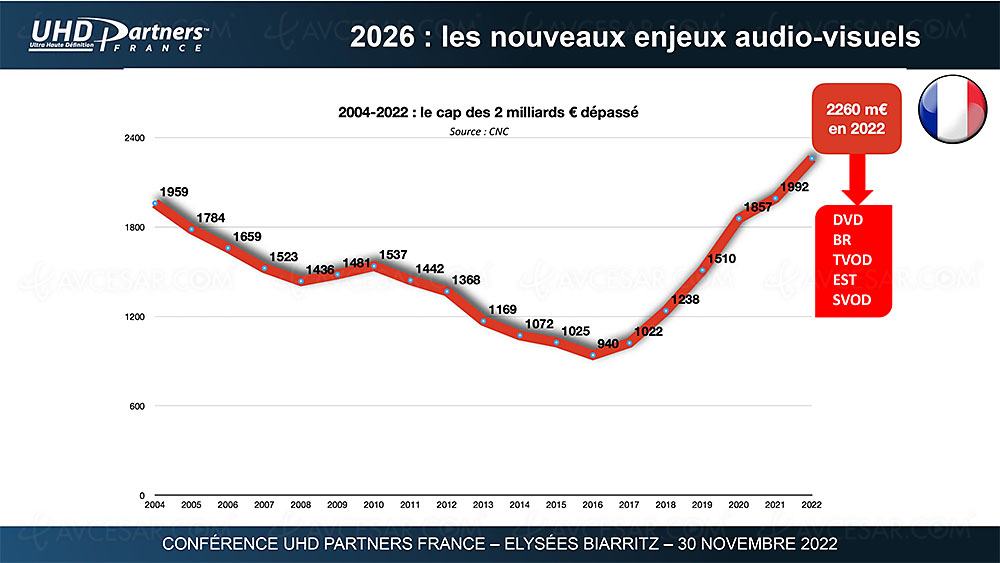 Physical video market down since 2004

From that date, the physical video market started a slow but inexorable decline even if the arrival of Blu-Ray in 2006 (with in particular the PlayStation 3 which appeared in November in Japan) boosted sales with a high point for this HD medium in 2012. At the same time as Blu-Ray, TVOD developed (market for film/series/show rental and definitive download), which many analysts predicted the best, until replacing the physical video.

The SVOD sector arch-leader of the video market

But the appearance of SVOD in 2010 with its explosion in 2017 changed everything and completely disrupted the video market (see graph below) which experienced its inflection point in 2016 with a low water level of 940 million euros in revenue. Innovative ergonomics, i.e. simple and intuitive, substantially at the level of Blu-Ray at first then quickly of 4K Ultra HD Blu-Ray in terms of image quality, unbeatable value for money, the streaming services have caught on with consumers extremely quickly. In terms of turnover, the video market, all formats combined (DVD, Blu-Ray, definitive download, TVOD and SVOD) exceeded in 2021 that achieved in 2004 with 1.992 billion euros against 1.959 billion. The growth of the OTT continues in 2022 with a turnover which should largely exceed the bar of 2 billion to 2,260 million euros. 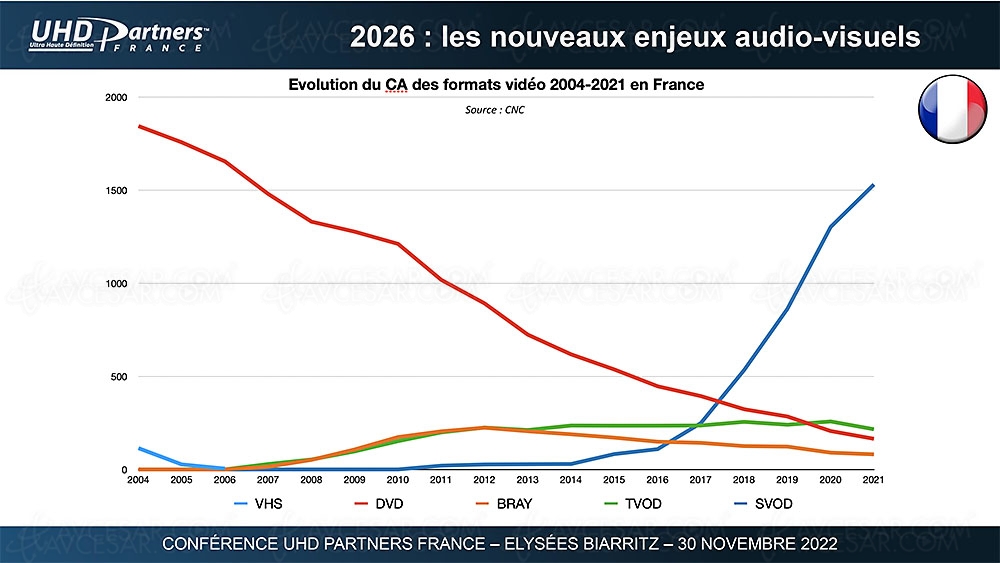