Discreetly, Sony is launching a slightly lighter version of its PlayStation 5 console.

Spotted in Australia, Japan and parts of the US, a 300g lighter PlayStation 5 compared to the original PS5 is available on shelves.

Reduced the size of the heat sink

These 300 g less compared to the initial version are due to a reduction in size of the heat sink, a detail spotted by YouTuber Austin Evans who took apart and compared the two machines. There is no official reason for such a change so early in the life cycle of the PS5, especially since the videographer noticed that the thermal performance of the console is worse with this new heatsink: higher temperatures. from 3 ° to 5 ° observed.

Nevertheless, the manufacturer Sony has probably not modified its PS5 lightly. No doubt many tests have been carried out confirming that the performance of the console remains unchanged despite a higher temperature. But it's a fact, the new lighter version PS5 generates more heat…

Anyway, apart from an understandable desire on the part of the Japanese firm to compress the manufacturing costs of the PlayStation 5, perhaps this is also the first sign showing that Sony is already working on a more compact version of its PS5, which has the honor of being the greatest console of all time. 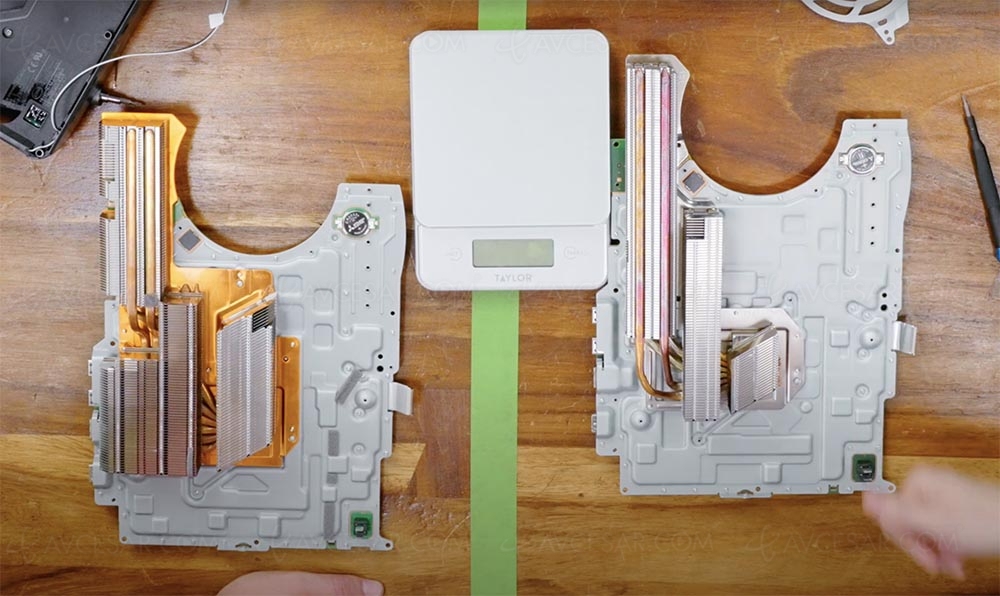