Android and iOS, forever at the top?

It is very interesting to compare the mobile operating system market today versus that of ten years ago, when iOS and Android weren't the only ones sharing the pie.

Based on figures from the firm IDC, the Statista site had fun comparing the state of the mobile market between 2010 and 2020, knowing that last year it had sold more than four times as many smartphones in the world than ten years ago.

If the terminals sold less, the competition was fiercer on the side of the operating systems. Today, Apple's iOS and Google's Android are almost alone, but at the time, they rubbed shoulders with several competitors, for example Blackberry with its 16% market, or Windows with 4.9%. Moreover, between them, iOS and Android did not represent more than 40% of the market in 2010.

Last year, Android took the lion's share by being installed on 84.1% of smartphones, while iOS has increased little, from 15.6% in 2010 to 15.9% in 2020. good performance when we remind - excuse us for insisting - that more than four times more mobile phones are sold than ten years ago… 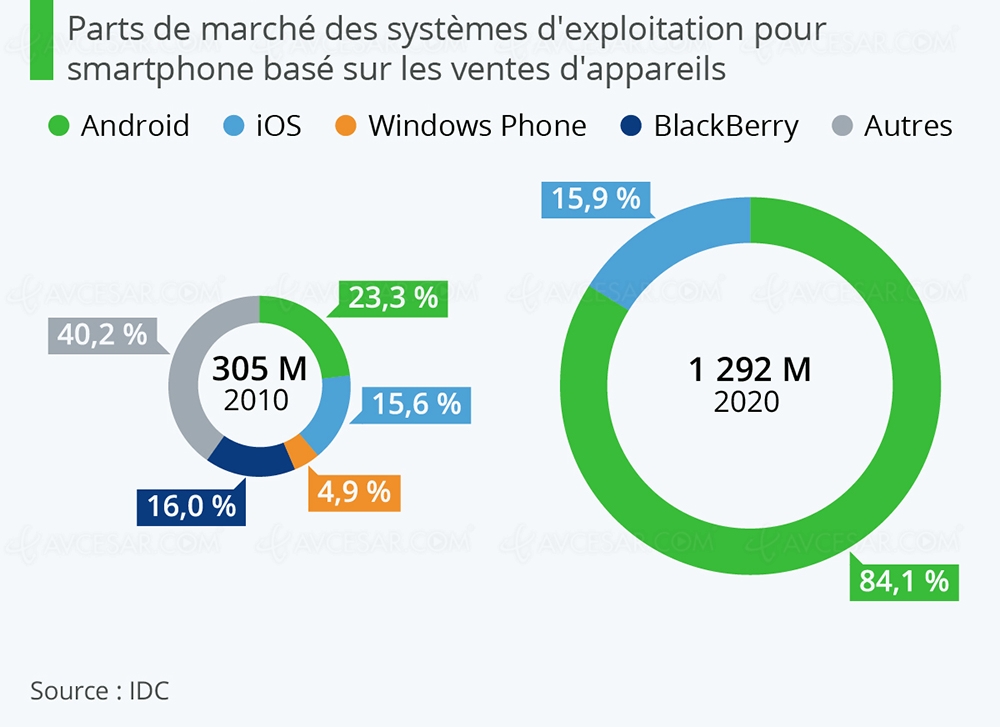