Certainly, the 98'' TV sector is a market segment comparable to a niche, the sales of such screens being reduced to the bare minimum. For a tariff question on the one hand, for a problem of layout in the foyers or logistics on the other hand. Not easy indeed to transport a television of such a diagonal on the landing of the majority of the Parisian apartments. However, it is an eminently prestigious market segment that reflects the ambitions of a manufacturer or a brand and its ability to impose itself among the big...

While Samsung has been the leader in very large TV sales in recent years, in 2022 it is TCL that is in the lead for the first nine months of the year. In detail, TCL occupies first place in this market in France, Italy, Australia and Pakistan. TCL 98C735, the largest TV in the XL Collection This domination by TCL reflects the Chinese manufacturer's strategy for large and very large TVs with, in particular, the launch at the IFA show of the 98C735 model (see our IFA 22 news > TCL XL Collection, the (very) large TV for all!), the largest TV in its XL Collection. QLED Ultra HD 4K model, it offers viewers an unprecedented immersion in the action of a film or a sports broadcast. Judge for yourself, with a distance of 3 m, you are transported to a cinema with a projection screen of 30 m base or in the middle of a stadium, for an epic and jubilant show. With the 2022 Football World Cup which starts next Sunday, with Black Friday, with the end-of-year celebrations and associated television sales, there is no doubt that TCL is well on its way to consolidating its leading position in this market segment. TV. 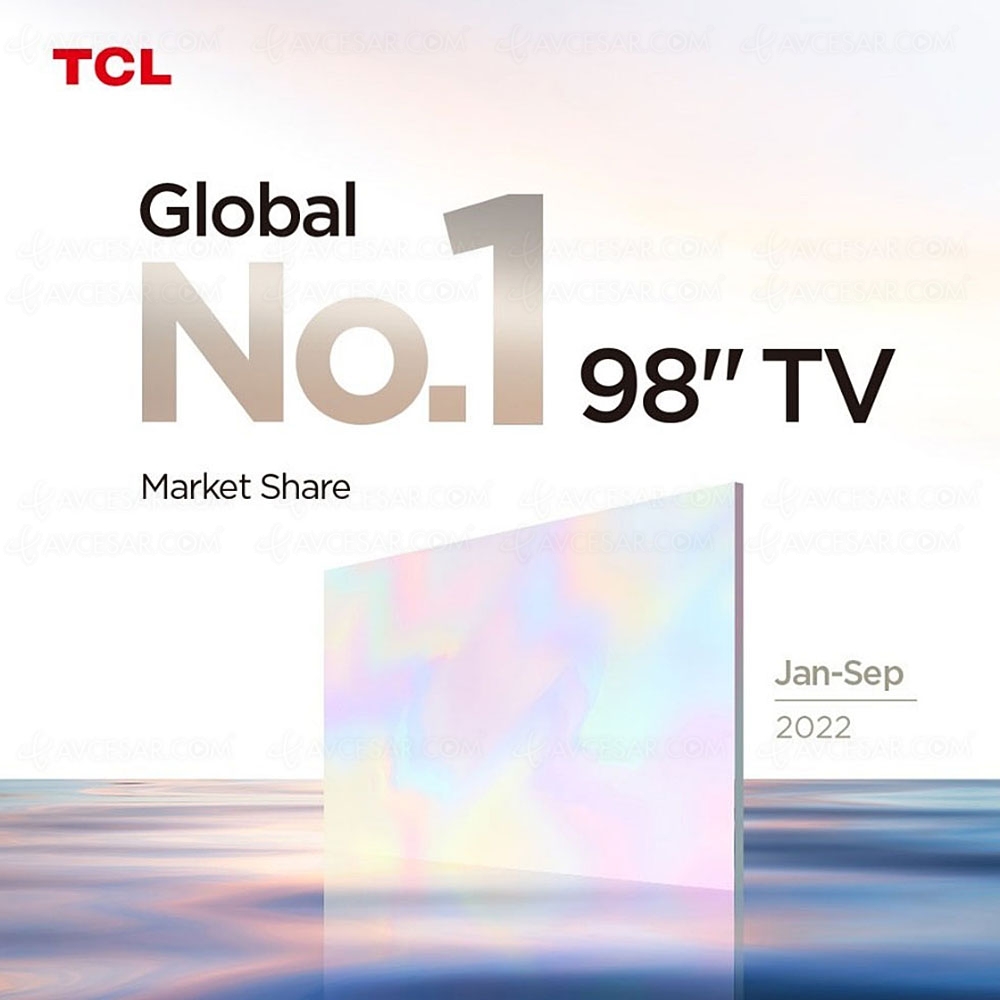