Alexa gives you gifts for her 4th birthday

Amazon's voice assistant celebrates its four years of existence in France, and gives you gifts until November 13.

On November 6, Amazon's Alexa voice assistant celebrated its four years in France (and eight years in the USA), and is offering you a small gift on this occasion.

Indeed, if you say "Alexa, Happy Birthday" to your compatible device, you can get a free three-month subscription to the Audible app or an original song from Alexa. Also - and you may have already noticed - Alexa is getting a new voice, which you can select by saying "Alexa, change your voice".

The word to Gianmaria Visconti, boss of Amazon Alexa France, Italy and Spain

"The number of customers actively using Alexa has grown considerably, +34% over the past year, and since the launch, 7.75 billion interactions have been made between French users and Alexa, says Gianmaria Visconti , owner of Amazon Alexa France, Italy, Spain. Some of these interactions show how voice assistant Alexa has entered our homes like a true member of the family. This is evident when we see that French Alexa users have said "I love you" to Alexa more than 5 million times in the past year alone." 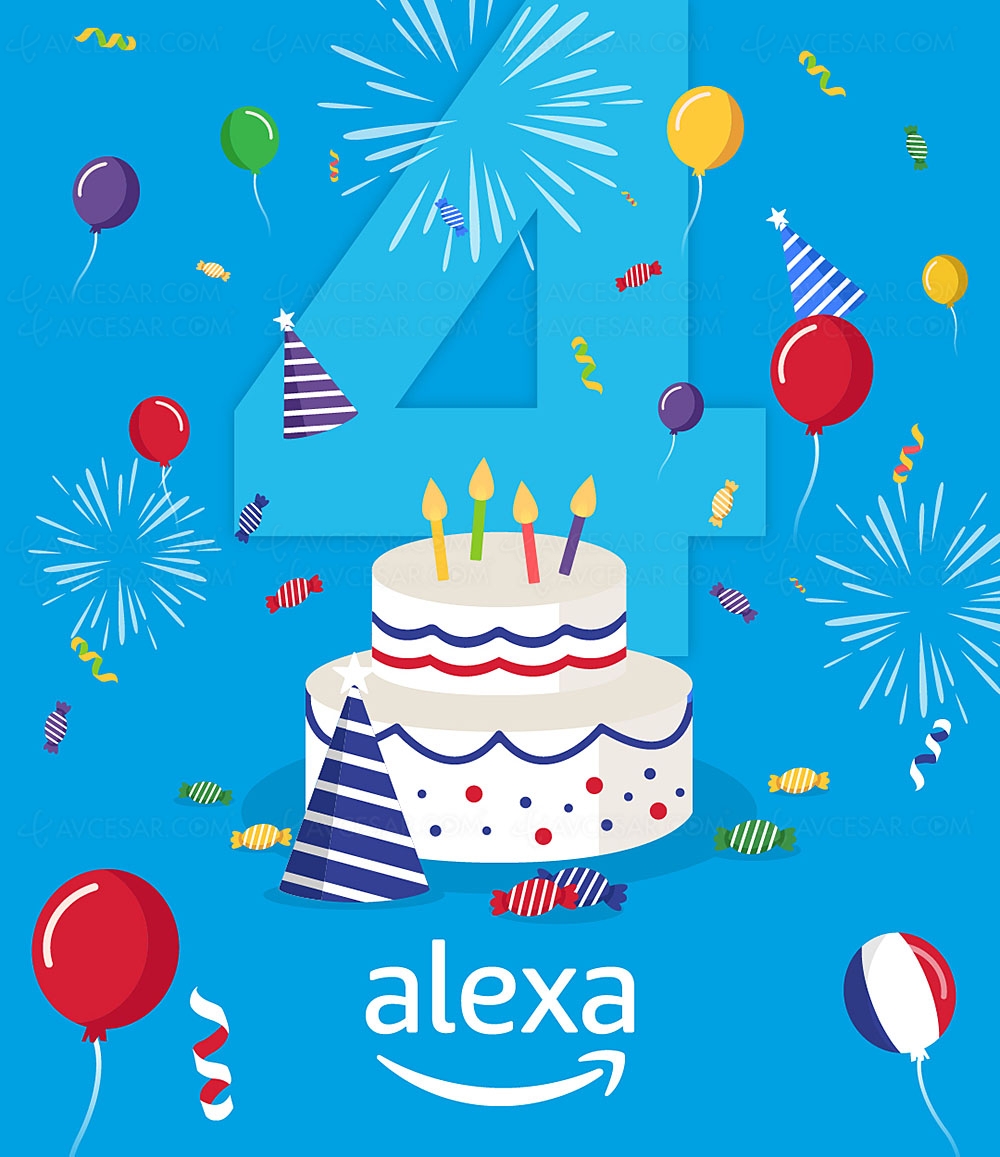