The Breaking Bad creator's next series will be on Apple

The next series from Vince Gilligan, creator of Breaking Bad and co-creator of Better Caul Saul, will be on Apple+.

The streaming platform even ordered two seasons directly from its creator. If, for the moment, the series does not yet have a title and its plot is kept secret, we already know that its main heroine will be Rhea Seehorn (Better Caul Saul). Vince Gilligan will be the showrunner of the series and also its executive producer.

The project would have been coveted by a dozen US platforms and networks, before Apple won the bet. Each episode of the series would have a budget of 15 million dollars. If Apple finally won the bet, it is that several decision makers of the firm are former executives of Sony Pictures Televisions who, at the time, had allowed Breaking Bad to be made when Vince Gilligan (on the right on the photo below alongside his co-screenwriter Peter Gould) chained refusals in shambles. A fine example of loyalty in a rather carnivorous environment... Source: Deadline 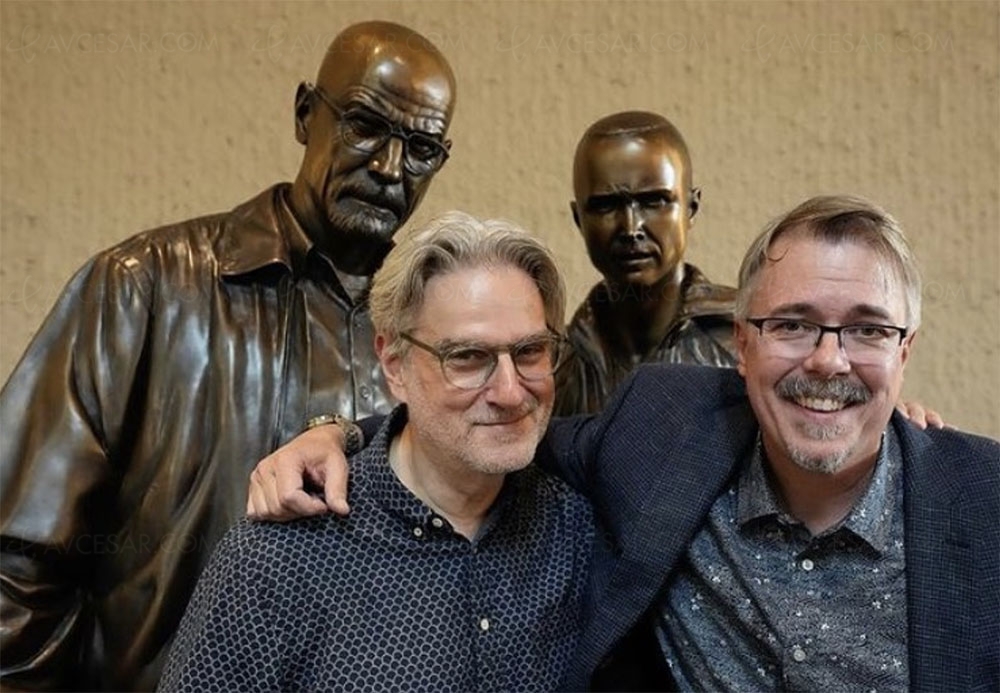