Although sidelined by US government restrictions, Chinese manufacturer Huawei is not giving up the race for innovation.

A patent recently spotted by Let's Go Digital shows that Huawei is actively working on a new type of smartphone, equipped with a roll-up screen. Filed in early 2021, the document essentially focuses on describing how Huawei intends to prevent creases from forming on the screen that is supposed to roll up and unroll thousands of times. 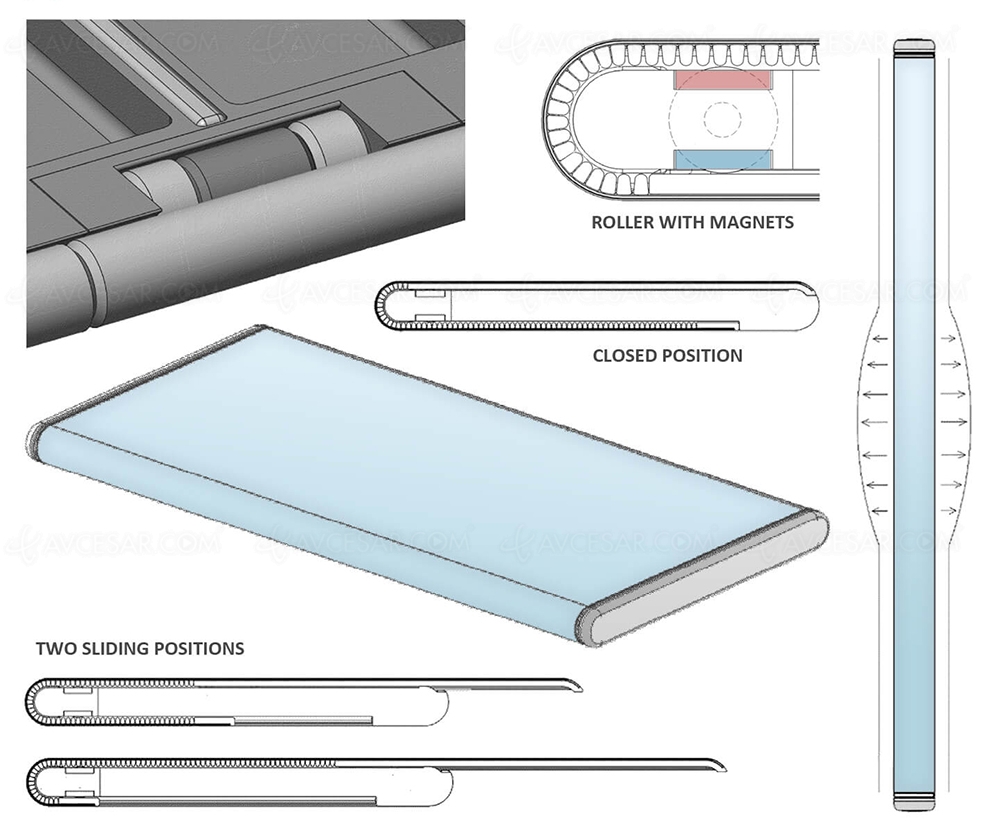 The device shown is a smartphone displaying a 6.5 '' (16.51 cm) screen, but which can be unrolled to transform into an 11 '' (27.94 cm) tablet. It is also possible to stop the process between the two positions for an intermediate size. In smartphone configuration, the screen envelops the back of the device, which thus presents “two” functional screens, one at the front, the other at the back.

POled screen where the hunt for folds

And to avoid the unsightly folds that could form over time, Huawei uses a system of magnets strategically placed above and below the roll that rolls up and unrolls the screen. The magnets keep the screen as flat as possible, and prevent it from shifting. The screen described is a POled model, which is Oled but made of flexible plastic rather than glass.