William Friedkin (The Exorcist, The French Connection) will direct his next film for Showtime and Paramount Global, starring Kiefer Sutherland.

This is a new adaptation of the play from the Hurricane book about the Caine by Herman Wouk. Published in 1951, the novel, which won the Pulitzer Prize the following year, tells the story of Lieutenant Commander Queeg, captain of the minesweeper Le Caine, who was relieved of his command against his will during a violent typhoon. He then decides to have his officers tried for mutiny...

A contemporary take on a 1954 classic

The novel has already been adapted to the cinema in 1954 by Edward Dmytryk with Humprhey Bogart starring. Friedkin will make the story contemporary and set the action between the Gulf of Hormuz and the Strait of Hormuz, which connects the Persian Gulf to the Indian Ocean. Shooting for the film is due to begin next January. Source: Deadline 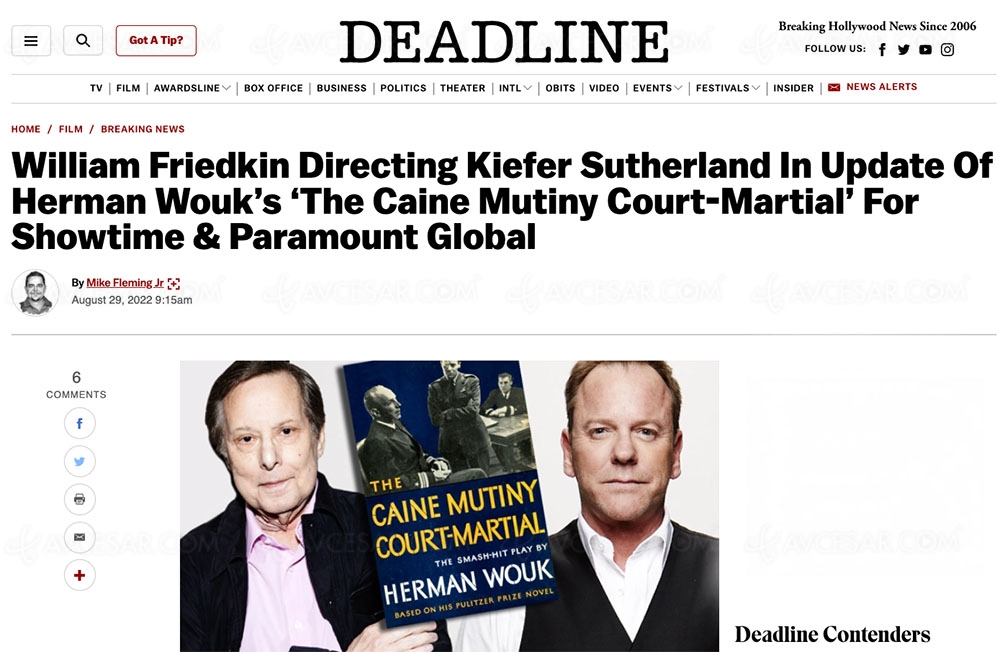