The world is not in its best shape, which does not prevent Apple from announcing its best second quarter of all time in terms of sales.

Despite component supply problems, sharply rising inflation and conflict in Eastern Europe, Apple announces a strong second quarter, with record sales and results beyond estimates , even if profits drop a bit.

Apple thus recorded a turnover of 83 billion dollars in the second quarter of 2022, an increase compared to 81.4 billion last year at the same period. Profits declined from 21.7 to 19.4 billion.

iPhone and Apple services on the rise

According to Apple CEO Tim Cook, the impact of delivery constraints due to the resumption of the pandemic in Asia and component shortages has been less severe than estimated. He expects a gradual lifting of these obstacles and an acceleration of growth for the next quarter. Illustration: Statista 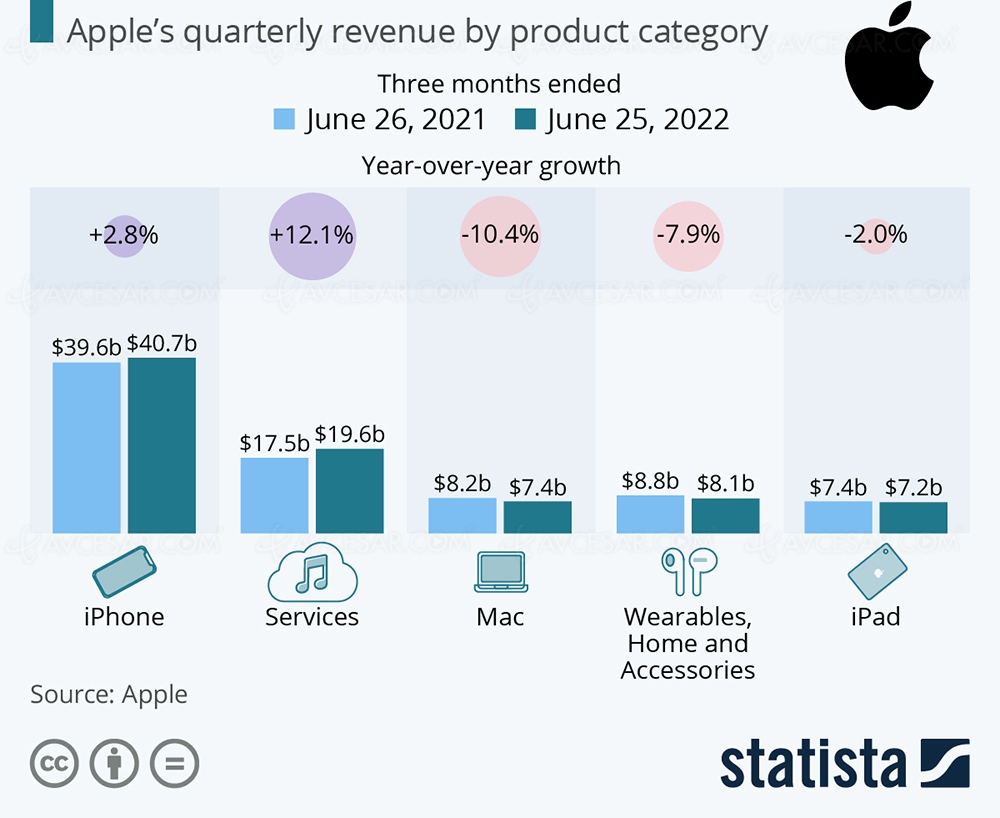