The music streaming platform continues to attract subscribers, even if we are still waiting for its Lossless offer announced last year.

Spotify's premium subscriber count reaches 188 million in the second quarter of 2022, up 14% from the same period last year. As for the number of active users, it increased by 19% over the same period to reach 433 million, the strongest growth recorded by Spotify for a second quarter. By the way, these two figures are higher than the estimates issued by the platform in the previous quarter. 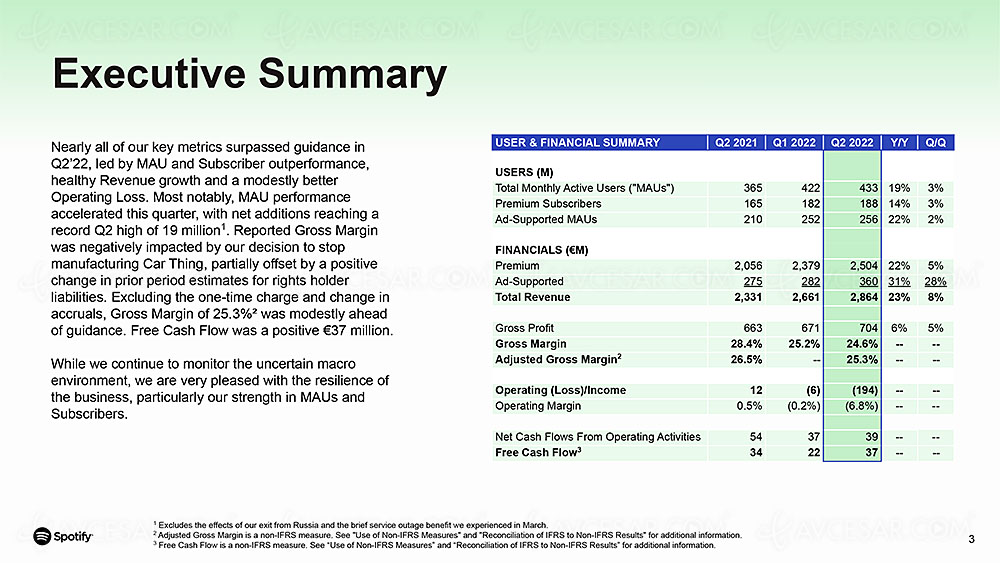 However, Spotify continues to favor subscriber growth rather than revenue growth, up 125 million euros this quarter. On average, the average turnover per user is €4.54, slightly more than the €4.38 of the previous quarter. The platform could earn more if it releases its promised Hi-Fi offer last year, but still delayed. Its sound quality, via a still unknown Lossless codec, will be comparable to that of an audio CD, according to its creator, via a bit rate of just over 1.4 Mbbs. As a reminder, subscribers to a Spotify Premium offer currently benefit from a speed of 320 kbps, 160 kbps for those who have chosen the Spotify Free offer. 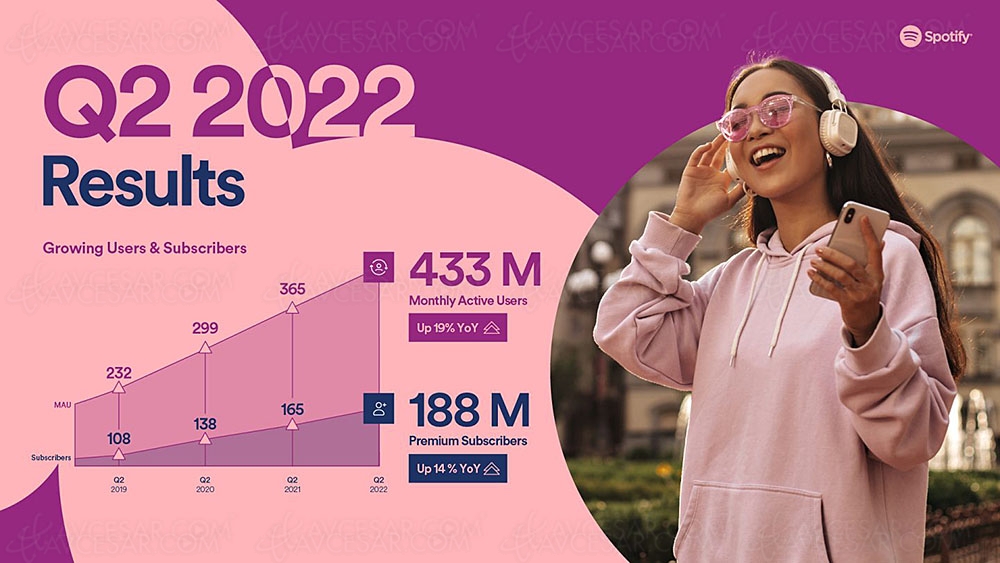