In France, what were the most watched films and series on Netflix at the end of July?

From time to time, we give you an overview of the most popular series and films in France on Netflix, just to help guide your choices if you ever don't know what to watch (or if you absolutely want to avoid options that are too acclaimed). 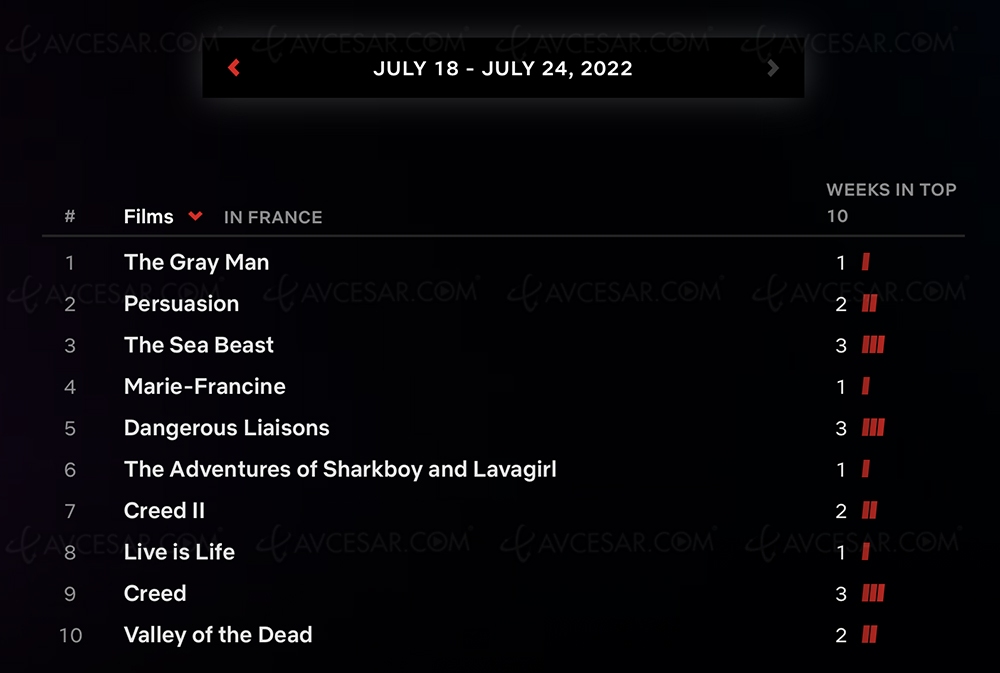 Netflix ranking of the most watched films

You should therefore know that between July 18 and 24, the Top 10 most-watched films on Netflix were dominated by a newcomer, The Gray Man, with Ryan Gosling and Chris Evans, and directed by the Russo brothers, at who we owe in particular the last two Avengers films. Note that the film is also number 1 in the Top 10 of 93 Netflix countries. 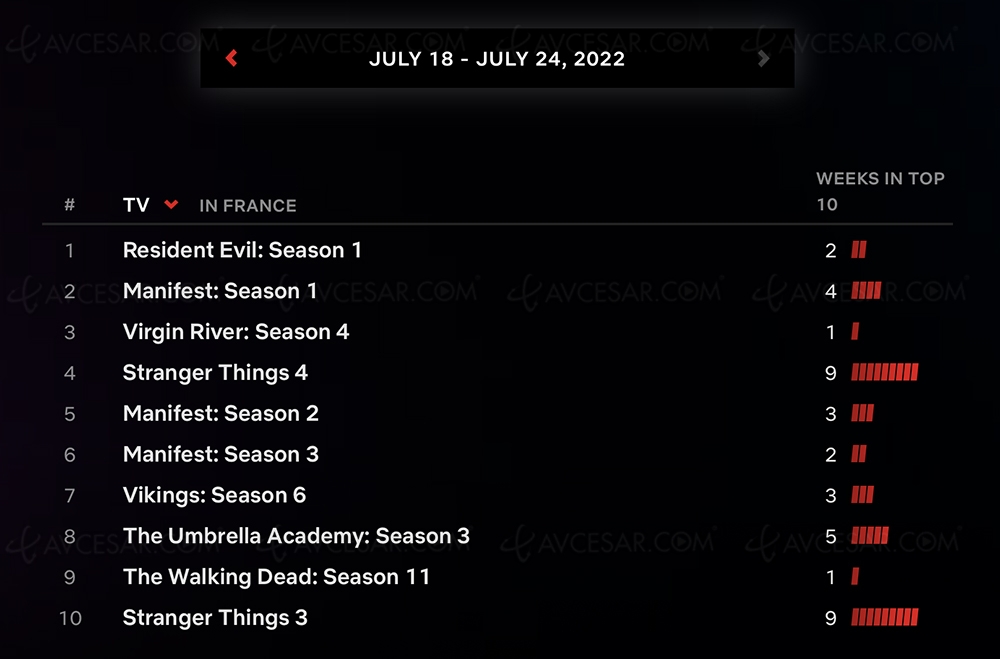 Netflix ranking of the most watched series

On the series side, Resident Evil is in first place for its second week, and we notice that Stranger Things 4 is still present for the 9th consecutive week in this ranking, as well as in 90 other countries. The same goes for Stranger Things 3, which we find in total in the Top 10 of 48 Netflix countries. 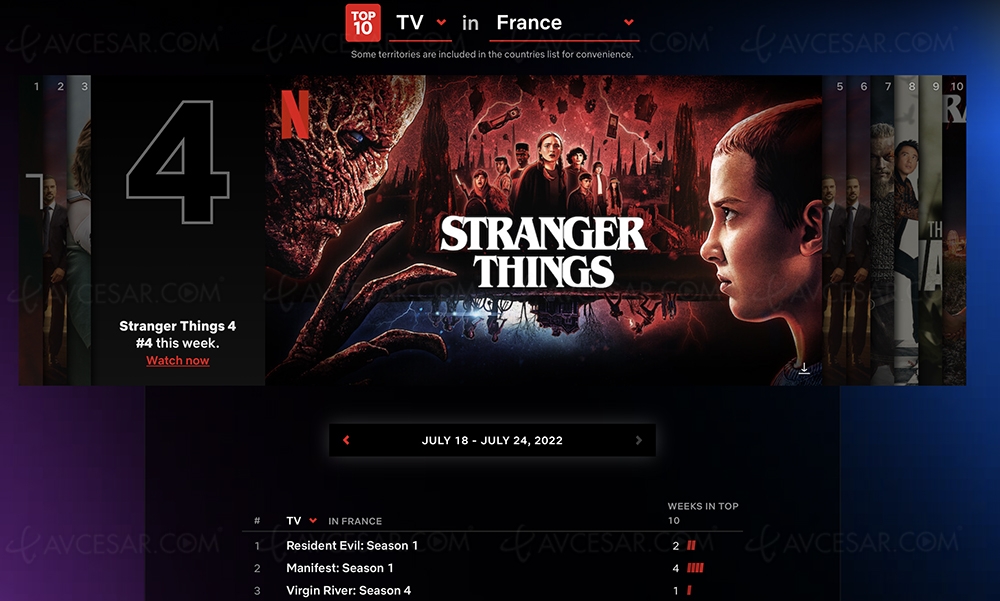