It will have taken 35 years before being able to appreciate the sequel to Top Gun. Will we have to wait so long for a possible Top Gun 3? Early response with the film's co-star.

Insofar as Top Gun: Maverick (5 million admissions in France to date), the sequel to Top Gun, currently has 1.2 billion in revenue worldwide, it is certain that the studio is asking itself questions on a possible sequel.

Miles Teller, who co-stars with Tom Cruise in Maverick, gave his thoughts on the matter: “That would be awesome, but it's all up to Tom Cruise. It's up to Tom to decide. I had a few conversations with him about it. We will see ".

While waiting for this to become clearer, Paramount and Tom Cruise are already busy for the next two years with the production of part II of Mission impossible Dead Reckoning and the promotion of the first part. Source: etonline 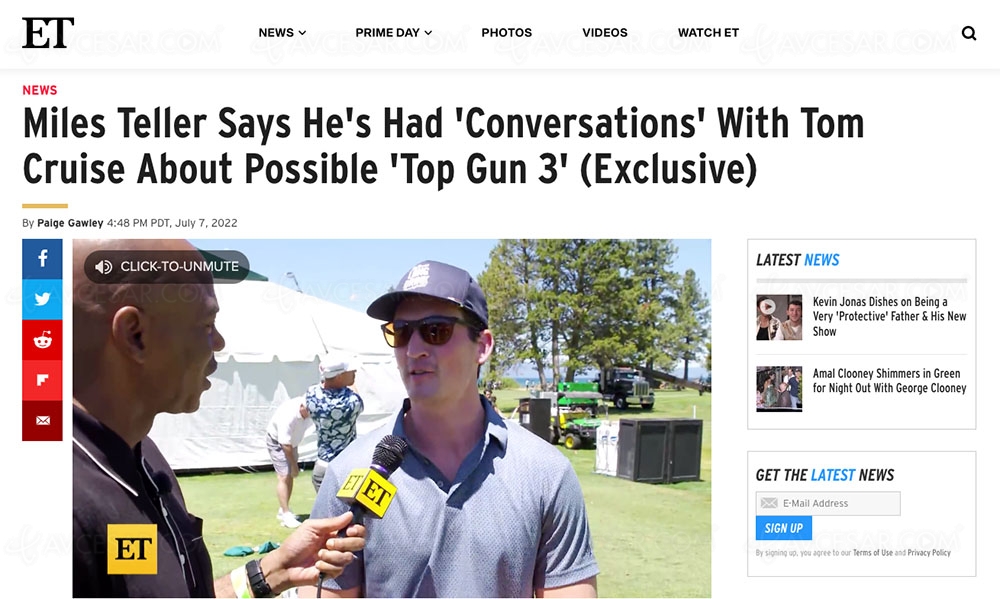