Let go of the smartphone a little, recommends the inventor of the mobile

When he invented the mobile phone in the 1970s, Martin Cooper had no idea that the machine would evolve to literally steal the time of its users.

If we owe the modern smartphone to Apple, this ubiquitous gadget would not exist without its ancestor the Motorola DynaTAC 8000X, created by Martin Cooper in 1973. Now 92 years old (photo below) and still alive and well, Cooper was recently interviewed on BBC Breakfast.

Buy yourself a life

In the course of an exchange, one of the guests of the show reveals that she spends 5 hours a day on her mobile, to which Cooper replies “Do you really spend 5 hours a day there? Go buy yourself a life! », and to specify that he only spends 5% of his time on a smartphone.

Cooper's reaction is natural considering that he is no longer really in tune with the current generation. As a reminder, the average user indeed spends more than 5 hours a day on his smartphone.

As for the famous DynaTAC 8000X, Cooper had invented it in response to the success of car telephones. He wanted to create a more freely usable device, small enough to put in the pocket, but big enough to fit between the mouth and the ear. The device then weighed more than 1 kg for 25 cm long, with a range of 25 cm for 10 hours of charging. Guide price: $3,995, not even counting inflation. Another era. 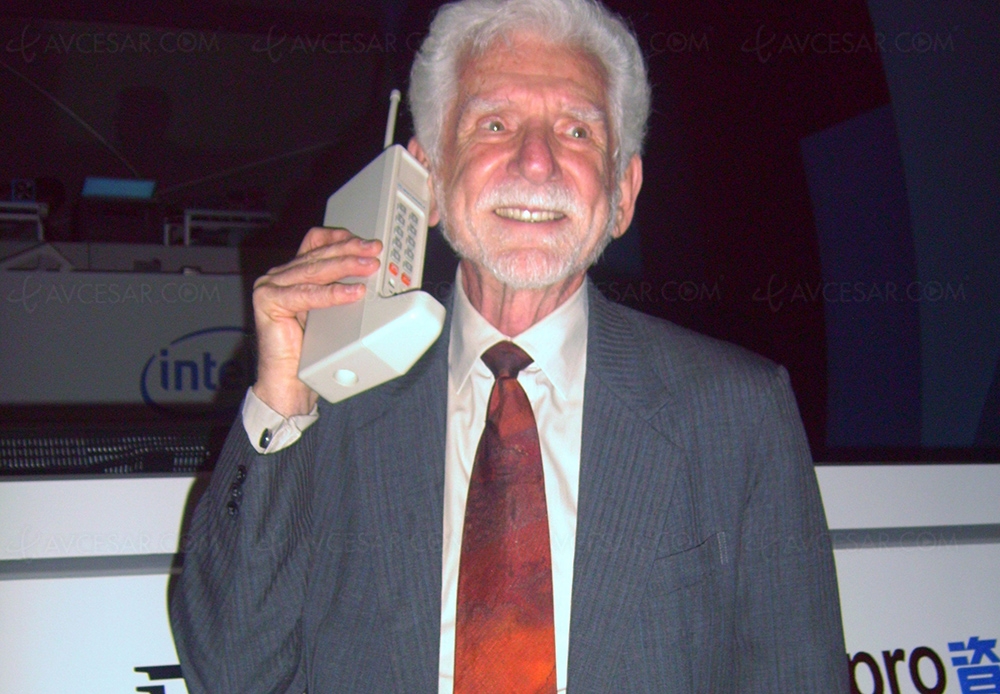