European smartphone market at half mast

Pending a probable rebound, smartphone sales in Europe fell in the first quarter of 2022.

According to the firm Counterpoint Research, smartphone sales in the first quarter in Europe declined by 12% compared to the same period in 2021.

In the first three months of the year, 49 million units were distributed in Europe, the weakest first quarter since 2013. Shortages of electronic components, severe confinements in China, a sluggish global economy, and conflict Russian-Ukrainian are the main factors of this decline.

Even the sales figures of leaders Apple and Samsung have fallen despite the launch of new products like the Galaxy S22 series and the new iPhone SE. Samsung remains number one in Europe, with its largest market share since the third quarter of 2020. Note that in the Top 5, Realme is the only manufacturer to record distribution growth in the first quarter, and remains one of the brands fastest growing in the region.

Although the future looks bright according to analysts, the situation should get worse before it gets better. It will be necessary to wait in particular for the end of the conflict in Eastern Europe before seeing a resumption of growth. 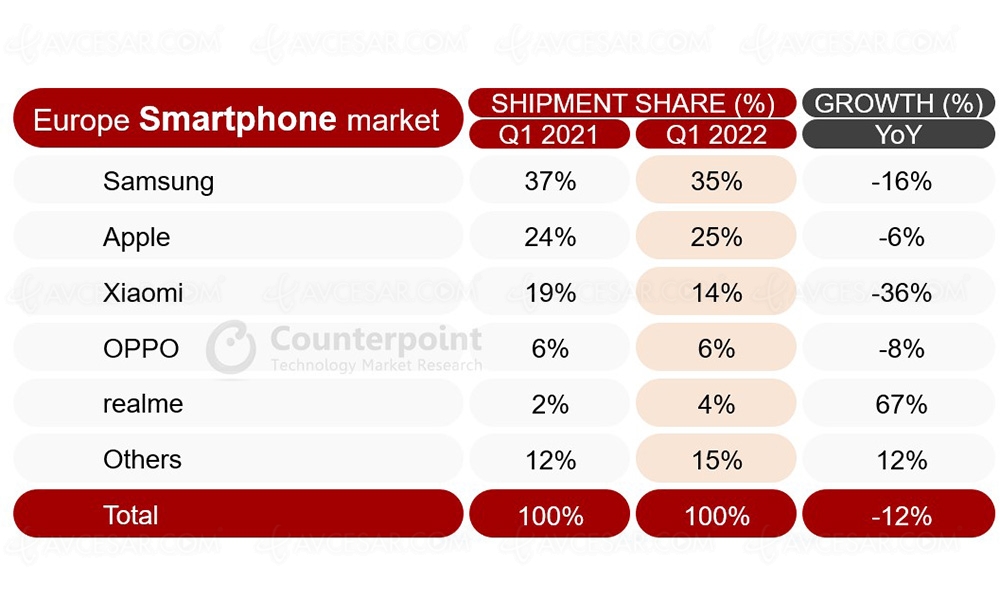