Let's go for a cover of the theme of the very first Sonic the Hedgehog video game, a cappella by the famous quintet of Korean vocalists.

Sonic at the movies (for the second time), Sonic doing parkour, Sonic in Lego, Sonic on an Xbox toy controller…

Cover of the first Sonic game released in 1991 on Megadrive

Sega's blue hedgehog is definitely everywhere these days, so it's no surprise that he's honored by Maytree, our favorite Korean a cappella group. More precisely, it is the theme of the first level of the very first Sonic game released in 1991 on the MegaDrive console which is taken up. Enough to give some shivers to the oldest among us.

Active for a while, Maytree enjoyed a resurgence in popularity last year with its a cappella cover of themes from major Hollywood studios. Since then, the five choristers have never let up and have been performing arrangements taken from the most popular pieces of pop culture. 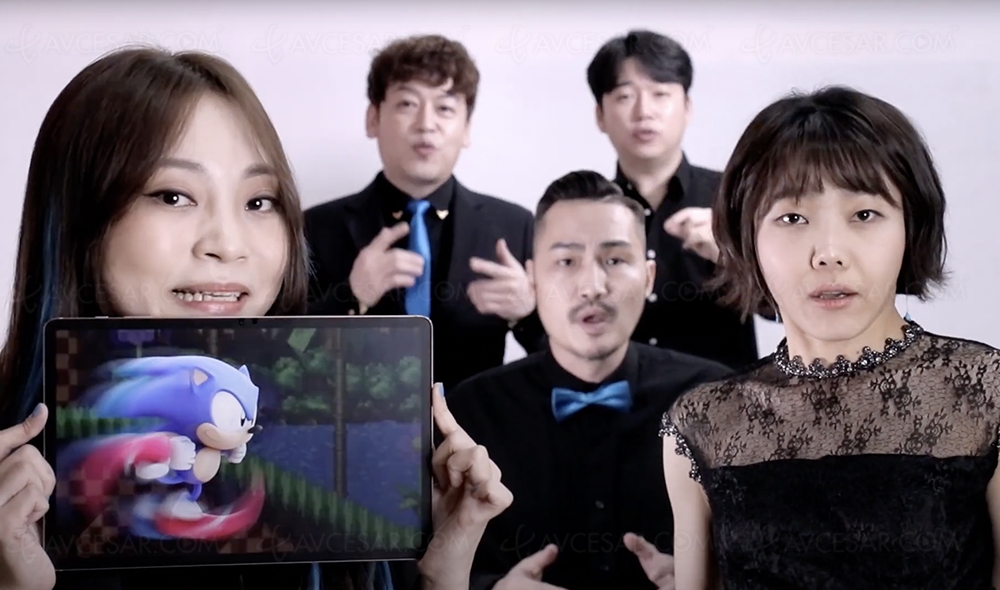