Following our meeting with the LG teams a few weeks ago to discuss the 2022 vintage Oled and QNED televisions, and after our updates on the specifications of the LG G2 and LG C2 Oled TV series, we invite you to discover in detail the LG B2. 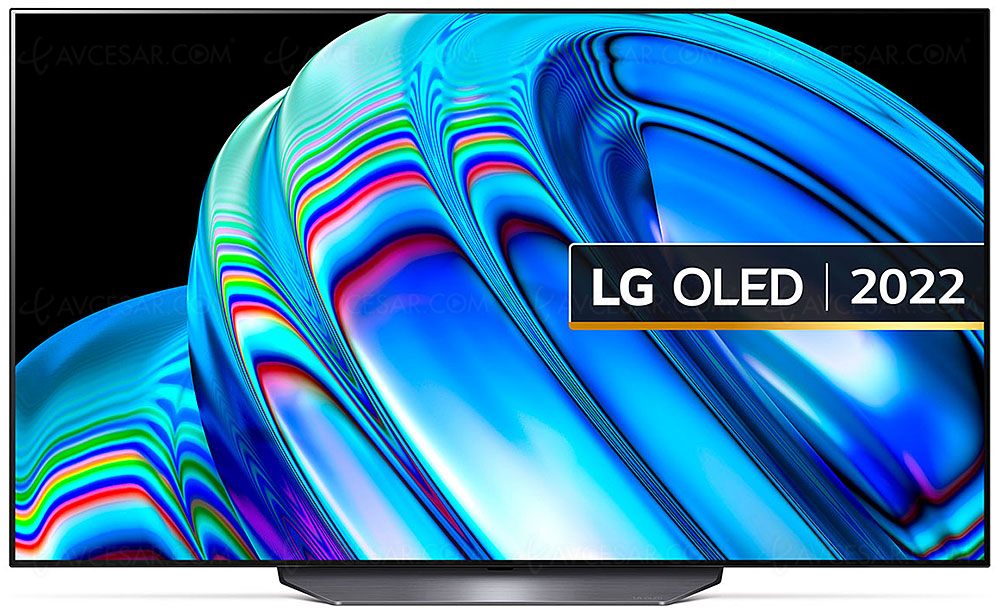 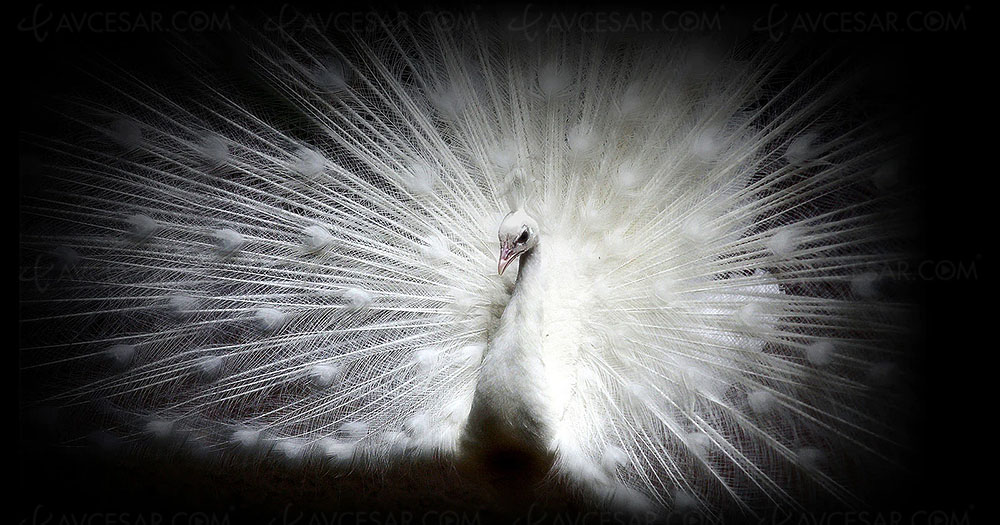 Zoom on the evolutions of Oled LG 2022 TVs

For the rest, the main evolution of the LG B2 therefore lies in the integration of the new Alpha 7 Gen5 processor in charge of video processing which still has two major and distinct stages (compared to four on the Alpha 9 processor) to eliminate noise video. However, unlike the Oled TV series of previous years, instead of being produced one after the other, these are produced in one go. Which, in the end, translates into an increase in image quality, the risk of error between two steps being reduced. Thanks to the power of Alpha 7 Gen 5. 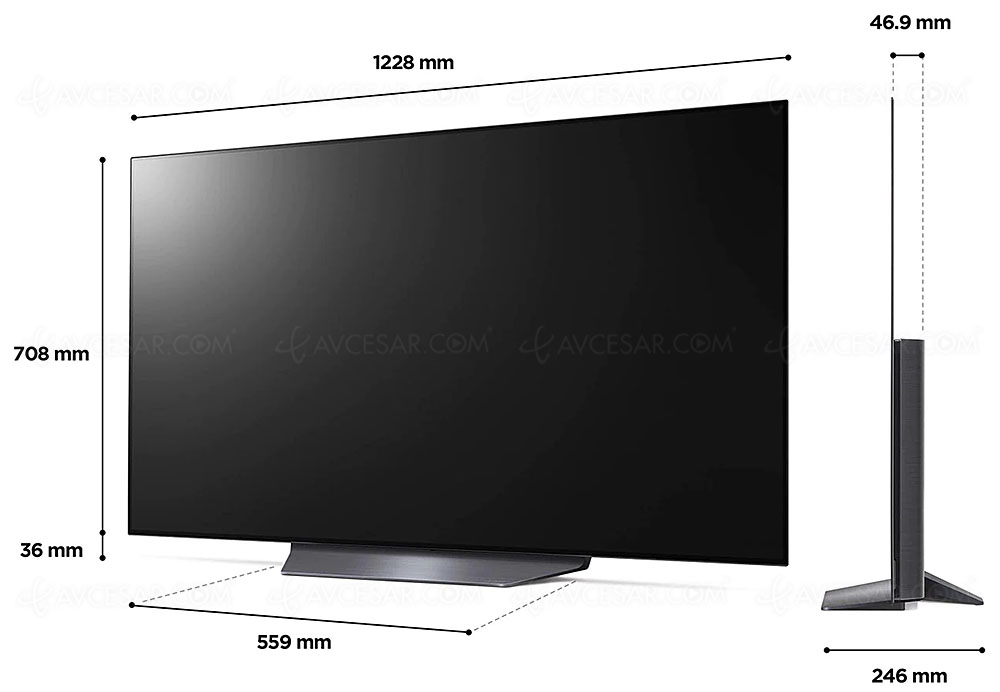 The increased resources of the latter reinforce the performance of the AI Picture Pro and AI Sound Pro processes still present: the first is based on a Deep Learning program (image processing is adapted to the nature of the content for optimized on-screen display with, to be noted, a new Dynamic Tone Mapping algorithm that will subdivide the screen into more independent areas for increased overall colorimetric fidelity). Ditto for the second, modulo the audio content with the possibility of a virtual 5.1.2 audio environment from a stereo signal in order to improve sound immersion. 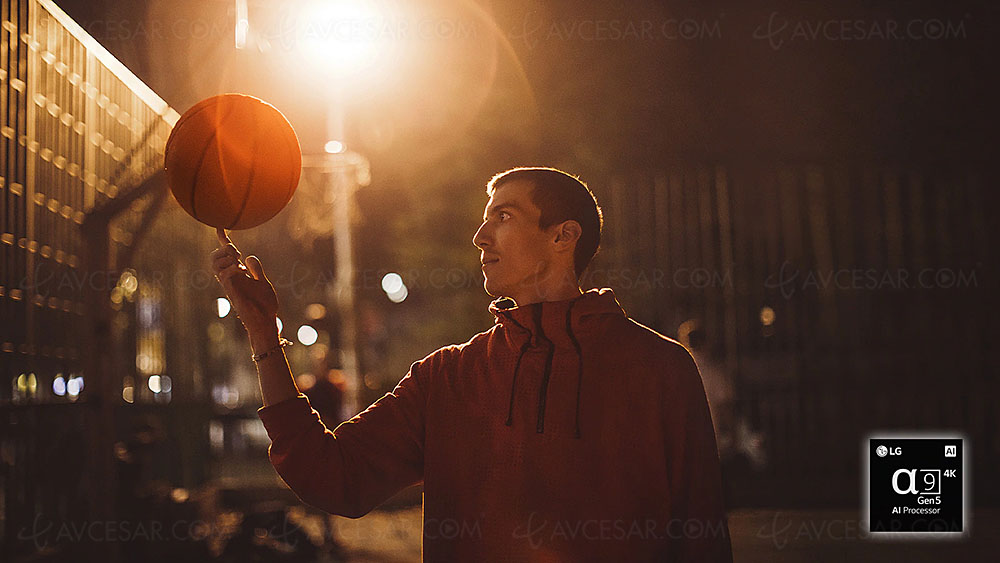 In terms of new features for LG OLED B2 televisions, we should point out the new WebOS 22 interface (click on the link to find out all about this new ergonomics) which gives pride of place to content and now offers profile management . With it, the Launch Bar disappears in favor of a proposal close to that of Google TV or Android TV.

As for flagship services, in addition to Google Stadia and GeForce Now already available, Blade Shadow is still expected on LG TVs (see our CES 21 news > Stadia, GeForce Now and Blade Shadow on LG 2021 TVs). And the Game Optimizer vintage 2022 mode (new Dark Room mode) collects all the TV settings involved with a video game signal and allows the user to individually set them as desired. 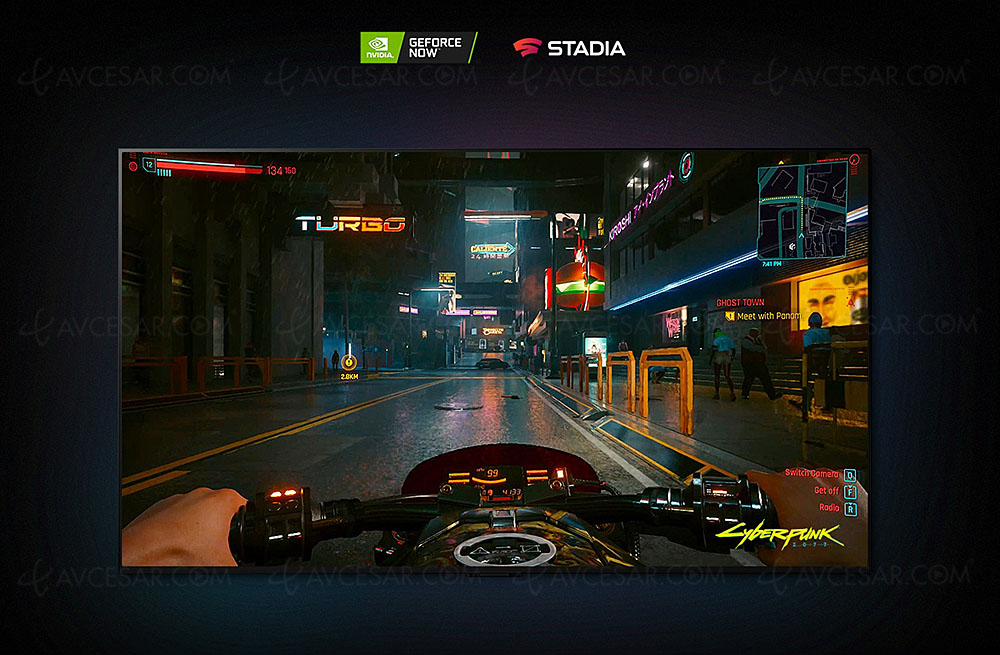 To return to the algorithms of the LG 2022 TVs already present in the 2021 models, the Alpha 7 Gen 5 identifies the faces and the text displayed on the screen even more precisely to optimize the settings. But also, in 2022, the objects and bodies of individuals on screen. Result, a sharpness announced on the rise and a skin tone never faulted. Similarly, the Auto Genre Selection function recognizes more precisely and automatically the nature of the content displayed on the screen and selects the optimum settings (film, sport, SD definition, HD, etc.). 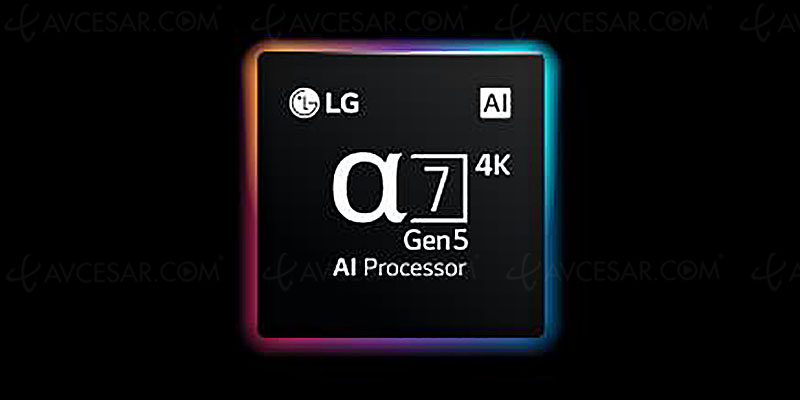 Another new feature of LG G2 TVs is the Always Ready mode. TV on standby, simply press a button on the remote control to vocally ask the TV for the weather, the time, the broadcast of a playlist or even the display of a photo or activate an artistic slideshow.

Otherwise, many specifications hardly change from year to year. We list the main ones below:

• The anti-reflective filter inaugurated in 2018 is still in use. It avoids magenta chromatic shifts on dark scenes, or even when the TV is off, visible on LG Oled TVs until 2016

• LG Oled TVs are capable of carrying a Dolby Atmos audio signal (with conversion virtual 5.1.2) via the eARC function of the HDMI socket. This is to retrieve the Dolby Atmos soundtracks available from Netflix for example.

• Wisa compatibility to enjoy TV sound, up to 5.1, on appropriate speakers, i.e. wireless

• VP9 and AV1 compatibility via HDMI or USB

• Absolutely splendid Gallery design: on the wall, on a stand with the Gallery Stand or the Floo r Stand (cf. photos below), the result is magnificent

• Sport Alert function to be informed in real time, via superimposed notification of the displayed image of the news of his favorite team (score, upcoming matches, etc.) 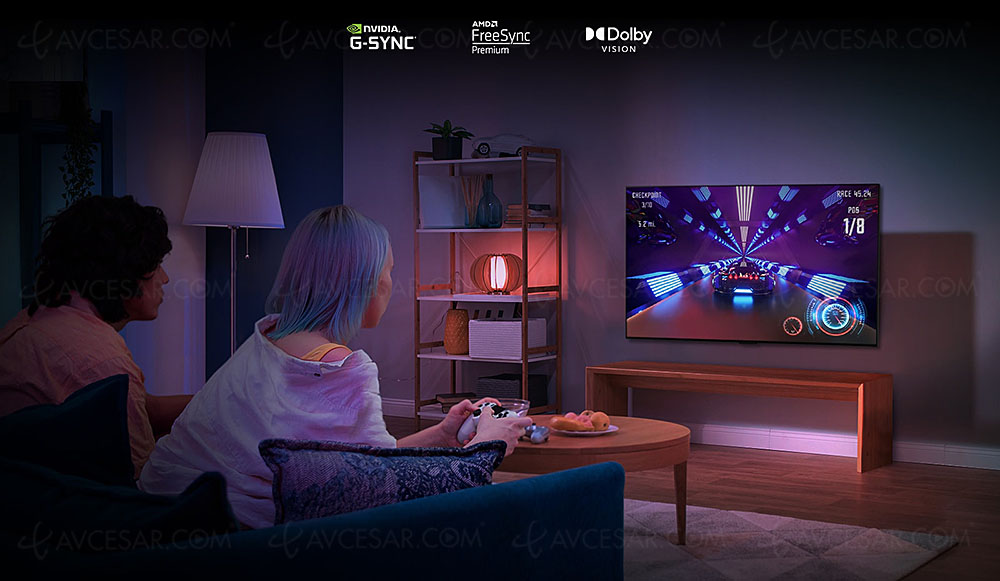 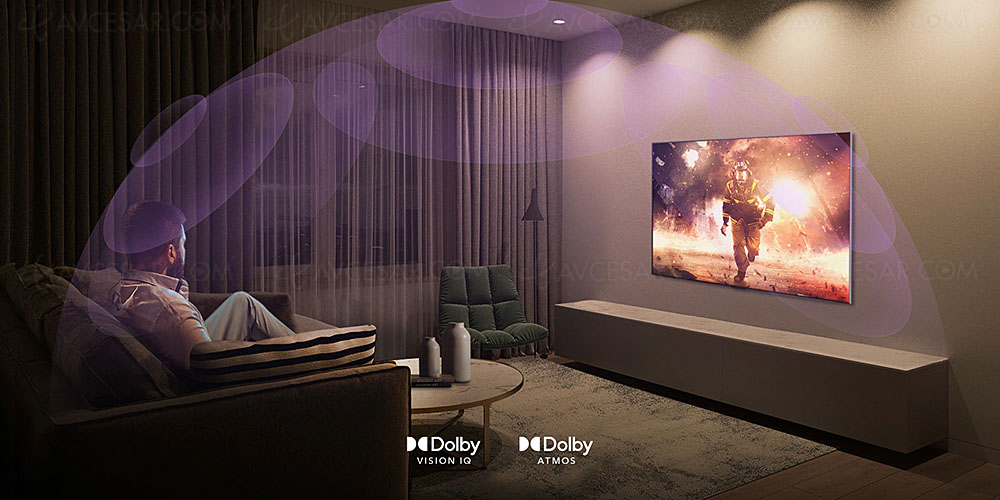 The 4K Cinema HDR function is associated with HDR10, HDR Dolby Vision and HDR HLG (Hybrid Log Gamma) compatibility. Namely, for the Dynamic Tone Mapping function, the image is divided into 500 distinct zones which each benefit from a specific setting. 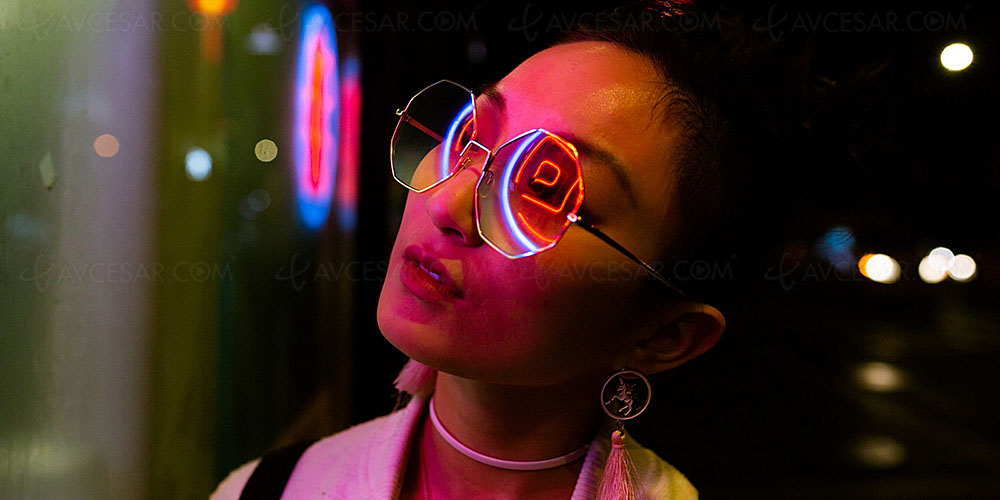 In addition to this, we note the Ultra Luminance Pro function to further improve the dynamic range of the image. This is capable of boosting brightness by transferring unused light energy from dark areas of the image to bright areas.

LG OLEDB2 screens of course offer the LG ThinQ AI 2022 function. As already mentioned above, Amazon Alexa and Google Assistant are integrated. These voice assistants are both accessible directly on the remote control via a dedicated button but also through the TV, without the need for the zappette). In addition to exchanging vocally directly with your screen, as with a Google Home or Amazon Echo speaker, it is possible to control by voice through the TV other Google Assistant and Alexa certified devices shared on the local network. All of this provides access to the internet and specific services (LG App Store online store, chat on social networks, etc.), or directly to the web as on a computer. Of course, Miracast, Bluetooth 5.0, Wi-Fi 5, AirPlay 2 and HomeKit are on the menu again.

Otherwise, ThinQ AI has its own AI module to drive the TV easily and quickly. But the Conversational mode available on Alexa and even more so on Google Assistant is not relevant here. ThinQ AI is perfect for giving the TV a command, such as "Volume up" or "Turn on Cinema mode", but it's Google Assistant that takes over during a more in-depth question, on an actor displayed on the screen. 'screen or more generally to search for information related or not to the broadcast content.

Don't forget either that the Magic Remote includes a microphone for ergonomics, via voice command, which is always excellent. WebOS 22 also allows you to enjoy 360° videos directly on the TV screen and to use the Magic Remote to move around in the image.

For the rest, the LG C2 TVs have a simple DVB-T2, DVB-S2 and DVB-C tuner, an Auto Level function (to avoid sudden changes in sound volume when changing sources), Fransat and Canal Ready certifications, HBBTV compatibility, the DVR function for recording favorite programs via one of the three USB Host 2.0 ports on a suitable key or an external HDD, all associated with the Time Shifting function. Of course, a virtual keyboard is available via the LG Remote iOS/Android/Windows Phone application to use suitable smartphones/tablets as remote controls.

The connection of LG B2 screens therefore brings together at the back of the TV (see photo above) two HDCP 2.3 certified HDMI CEC 2.1 inputs, one of which has the eARC function. There are also two HDMI 2.0 inputs and an optical output, plus two USB Host ports (including one 3.0) Fat32 and NTFS compatible, a CI+ port and an Ethernet port. In addition to VP9 and AV1, MP3, AAC, PCM, WMA, VC-1 and Jpeg compatibility is assured, with the MKV container. Finally, there is the LG Sound Sync Wireless function to automatically turn on/off, like the TV, a brand sound bar for example.

Last precision, Oled LG B2 TVs can be combined with the TV Gallery Stand (pictured above), except for 77-inch models.

Reminder of the key characteristics of LG B2 TVs: