iPhone without charger or headphones: 6 billion in Apple's pocket

By removing the headphones and chargers that once came with the iPhone, Apple didn't just help the environment.

Since the iPhone 12 range released in 2020, Apple has stopped providing the charger and headphones that were once present in the box, claiming an (Editor's note: undeniable) benefit for the planet.

According to the company, the impact was felt on the environment, with less carbon emissions resulting from transport since more units (70%) from the smartphone to the apple could be stacked in the containers , thus reducing the number of these to be routed.

Credit card imprint on the rise

But less volume also means lower transport costs, and accessories not included also represent additional savings for the brand, since the price of the iPhones has not been reduced in the process. According to the calculations of the Daily Mail, this "ecological" operation thus brought in nearly 6 billion euros for Apple.

And this figure does not take into account sales of accessories which have necessarily increased, many buyers preferring a paid 20 W charger rather than the slower 5 W adapter supplied with the smartphone, not to mention headphones , even the new temptation to move towards AirPods, even more expensive. They are strong at Apple, very strong… 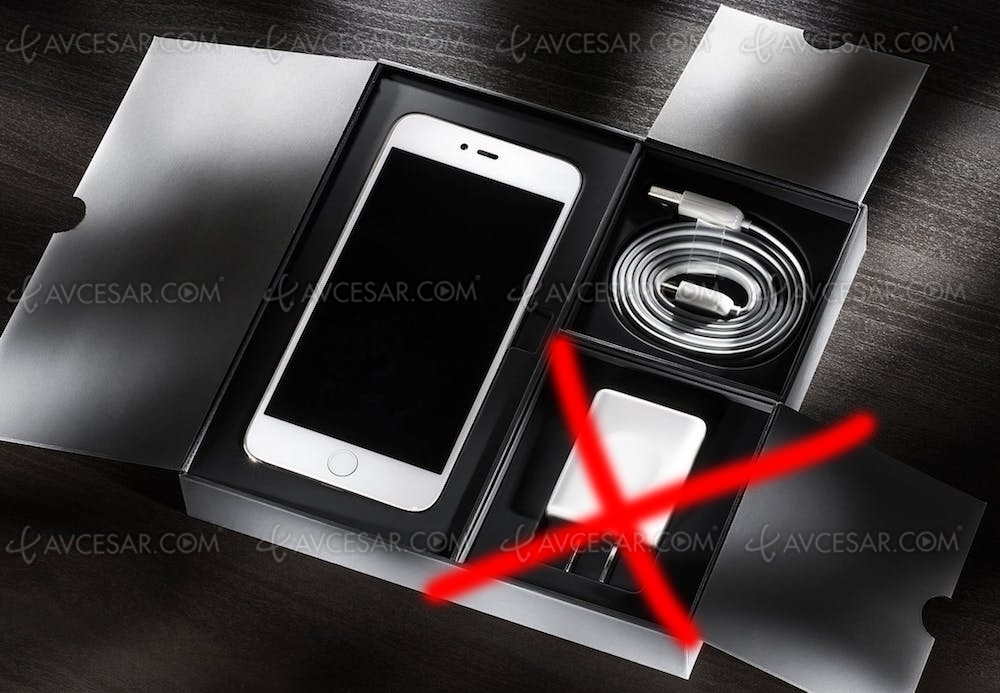