If Samsung's new smartphones are not expensive enough for your taste, why not go for the "luxury" versions?

Known for its modified iPhones with a touch of ostentatious luxury, the Russian company Caviar also revamps competitors' smartphones, as evidenced by this new collection dedicated to Samsung's Galaxy S22, S22+ and S22 Ultra. 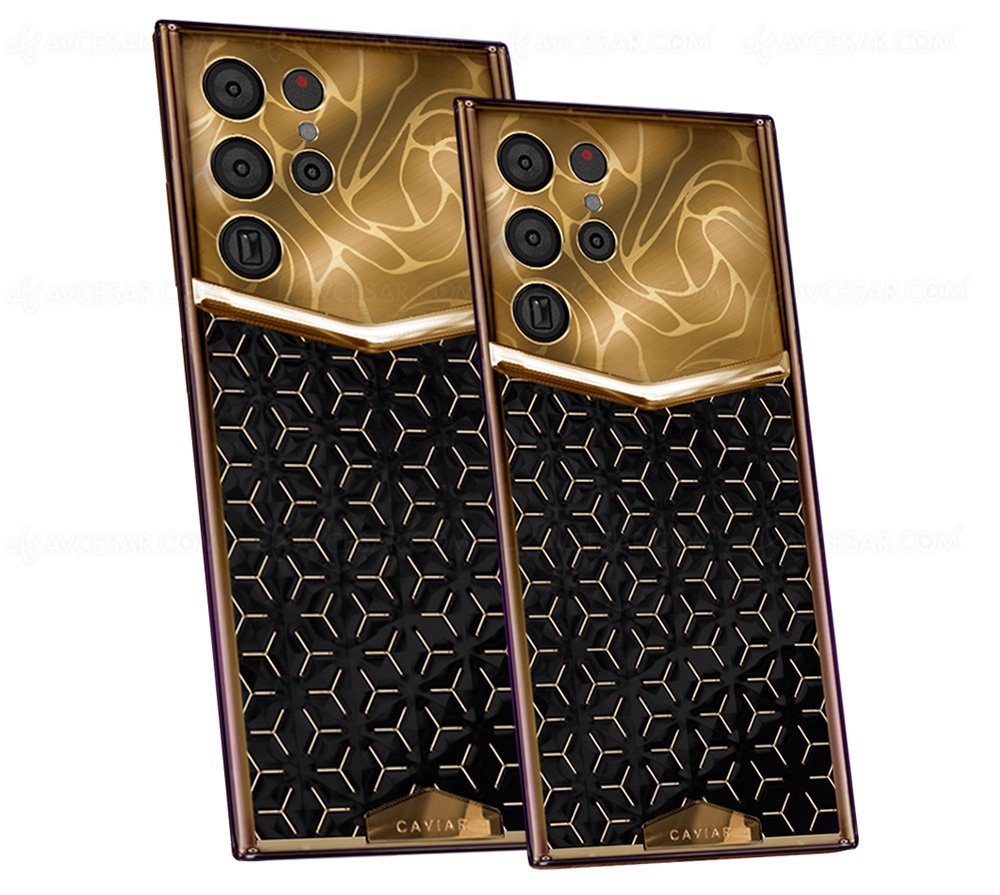 Several variations are available, with the common point of a limited series of 99 copies, a back with two textures separated by a V-shape, and an indicative price exceeding 6,000 euros. Thus the Bird of Prey model (see photo at the bottom of this news) features a feather pattern with double 24-carat gold electro-plating, and beige crocodile skin. 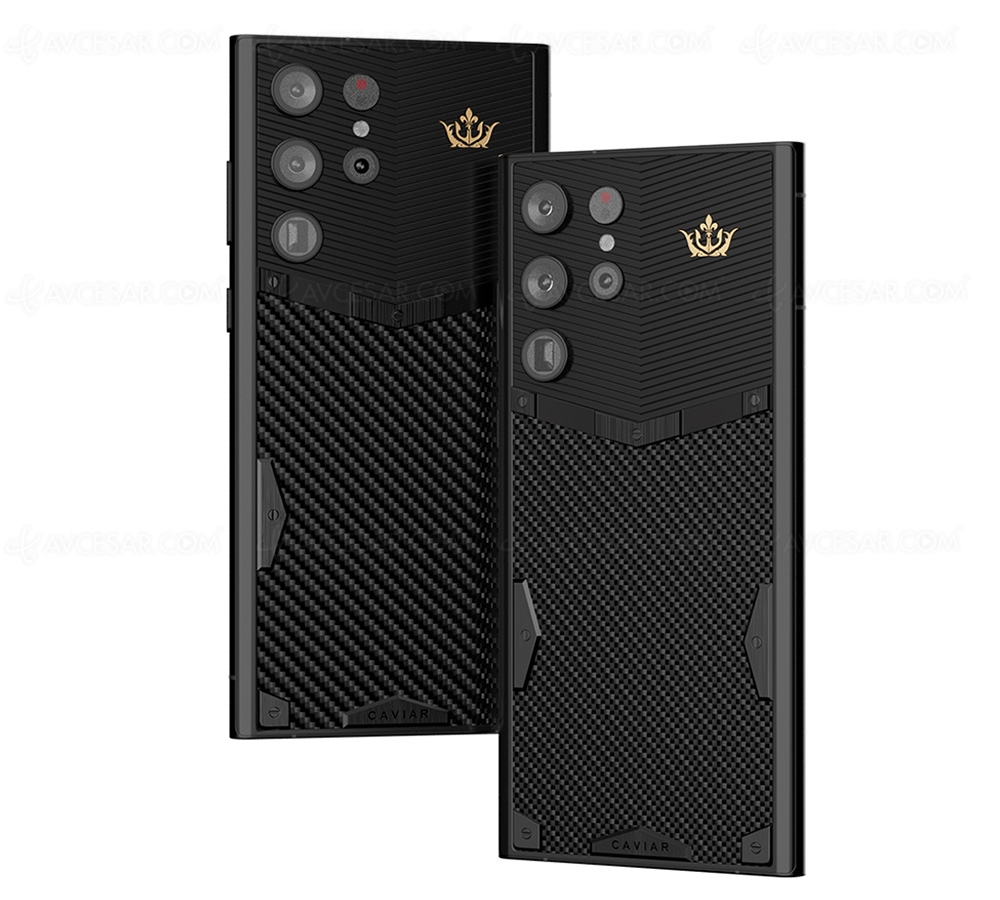 The Ocelot version (see photo at the top of this news) is Art Deco-inspired, again with double 24-carat gold electroplating, and black titanium applied via physical vapor deposition. We should also mention the Drive model (see photo above), evoking the power of a sports car. The back is covered with black carbon used in the automotive industry, and black titanium. 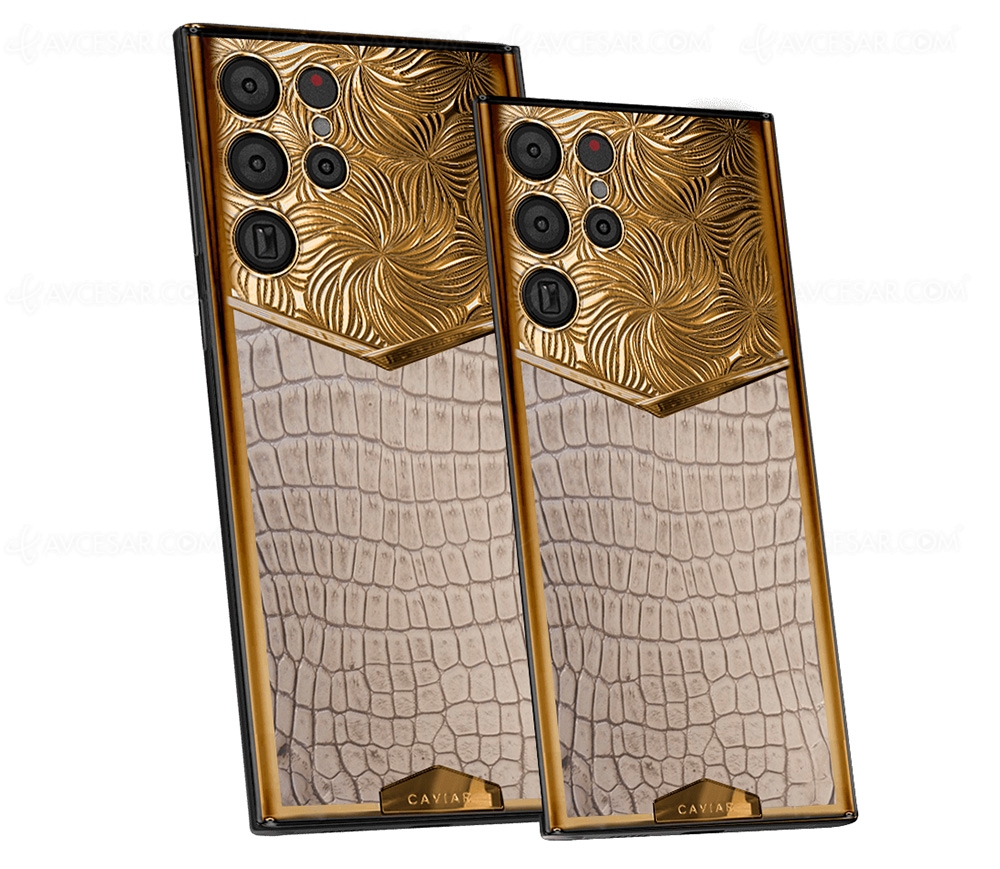