Netflix informs us about its novelties for the month of March. Because many subscribers are waiting for the rest of their programs or want to discover new ones.

Additional programs arrive every month on the Netflix streaming platform, including exclusive original productions. So here is a list of all the new films, series, children's programs and original documentaries that await you for this month of March.

Special mention this month for Adam Through Time, a film starring the inevitable Ryan Reynolds, who returns from the future and falls as a child himself. Also note Johnny by Johnny, documentary series on our national Johnny Hallyday, notably illustrated by unpublished interviews. Without forgetting a Romy Schneider retrospective through 16 films to discover (see photo at the bottom of this news) from March 16 and, in another genre, the fourth season of the exciting Drive to Survive series dedicated to the world championship of Formula 1.

The Guardians of Justice

Formula 1: pilots of their destiny season 4

Until fate do them part

Tyler Henry Tunes In From Beyond

The Monsters of Krakow

We would eat it… or not 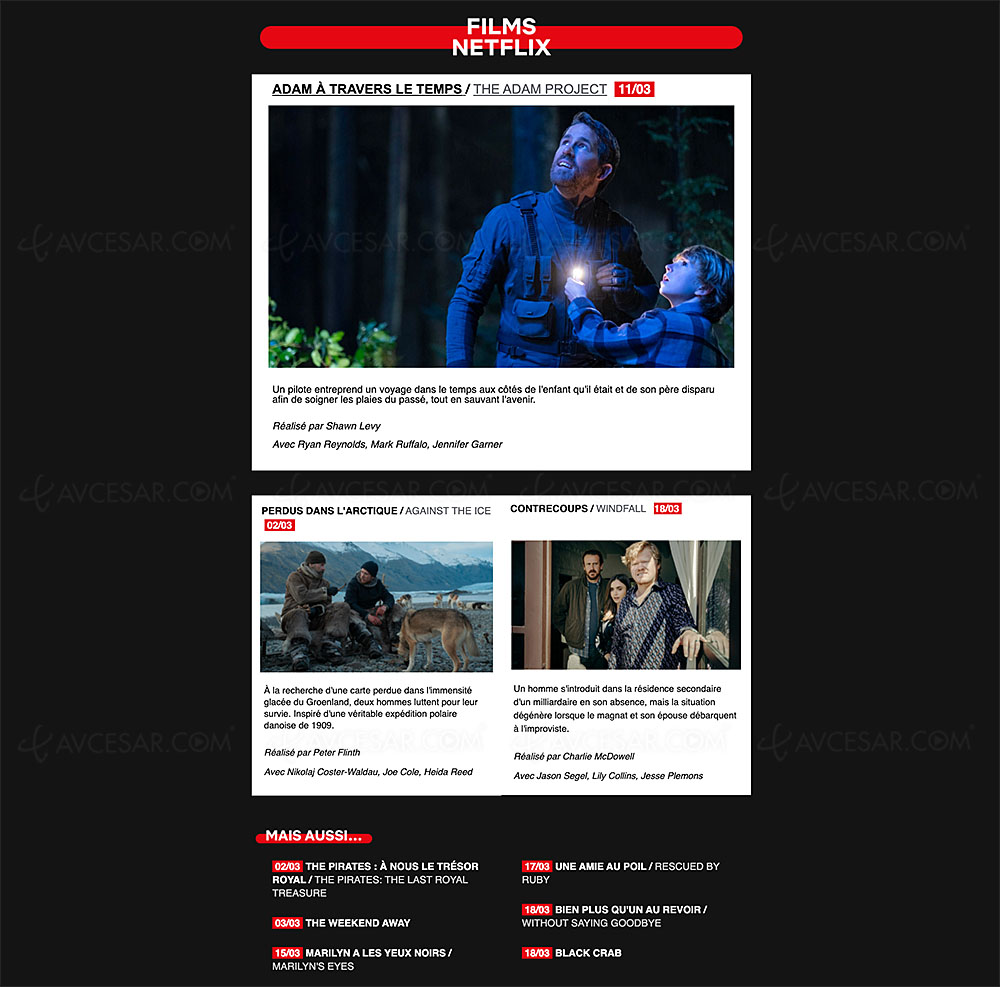 Lost in the Arctic

The Pirates: The Royal Treasure is Ours!

And the Sky Darkens

Much more than a goodbye 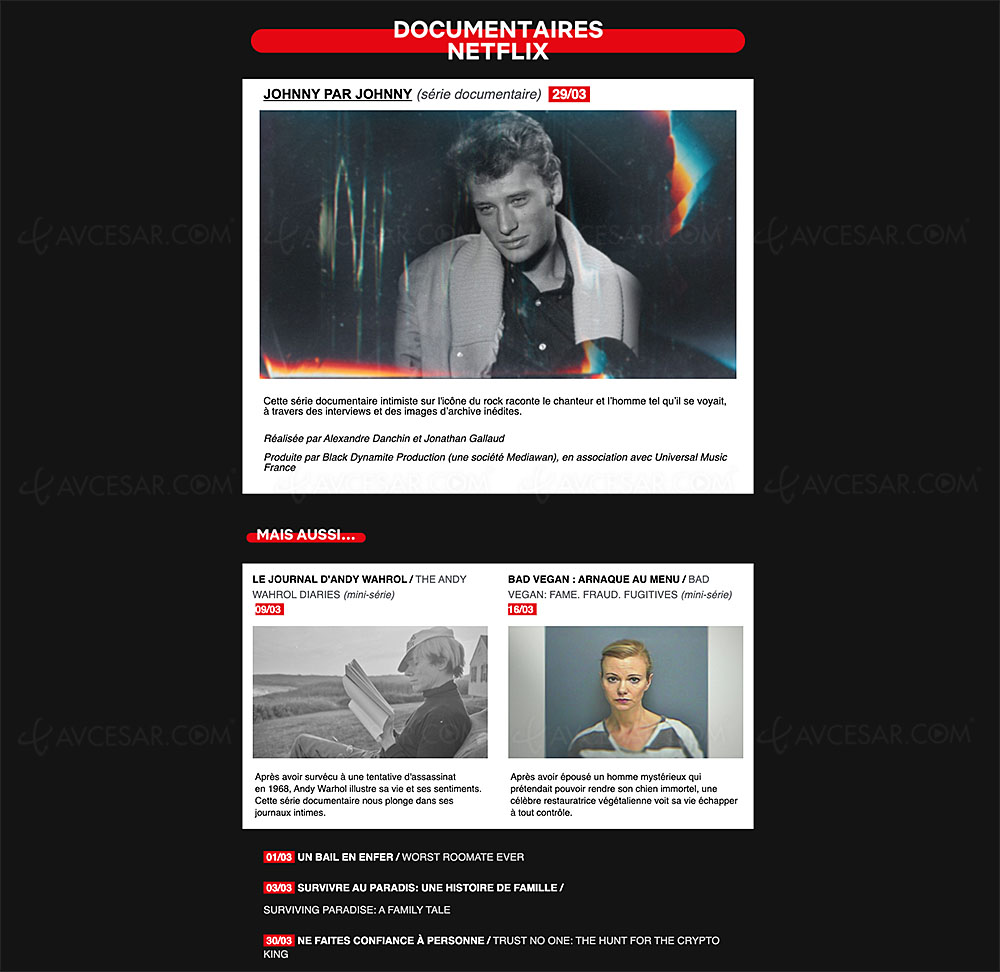 A Lease in Hell

The Principles of Pleasure (mini-series)

Bad Vegan: scam on the menu

Films and series for children (see capture above)

Bodybuilder and the Masters of the Universe season 2

The World of Karma season 2

Adam by Eve: A Live in Animation 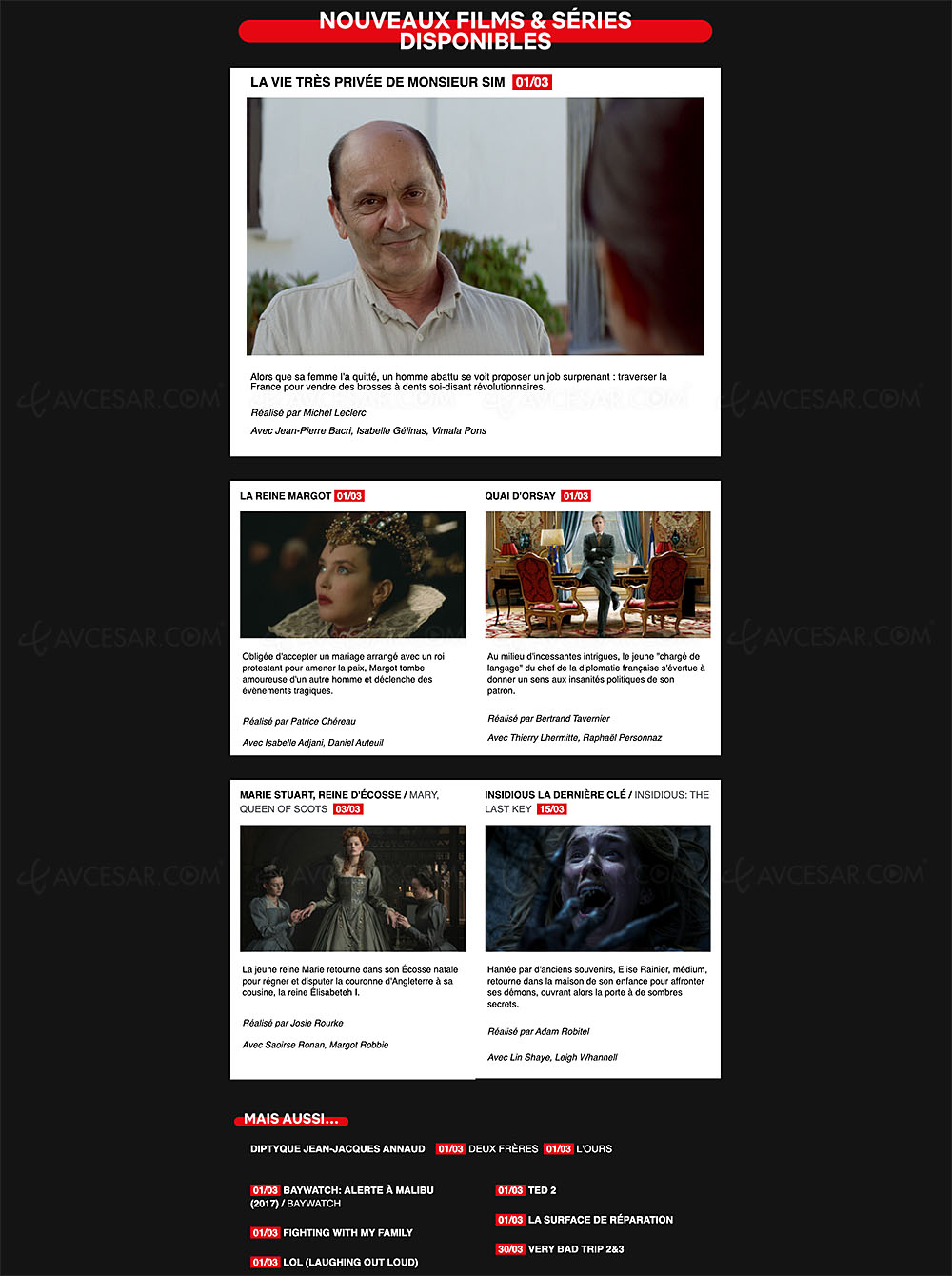 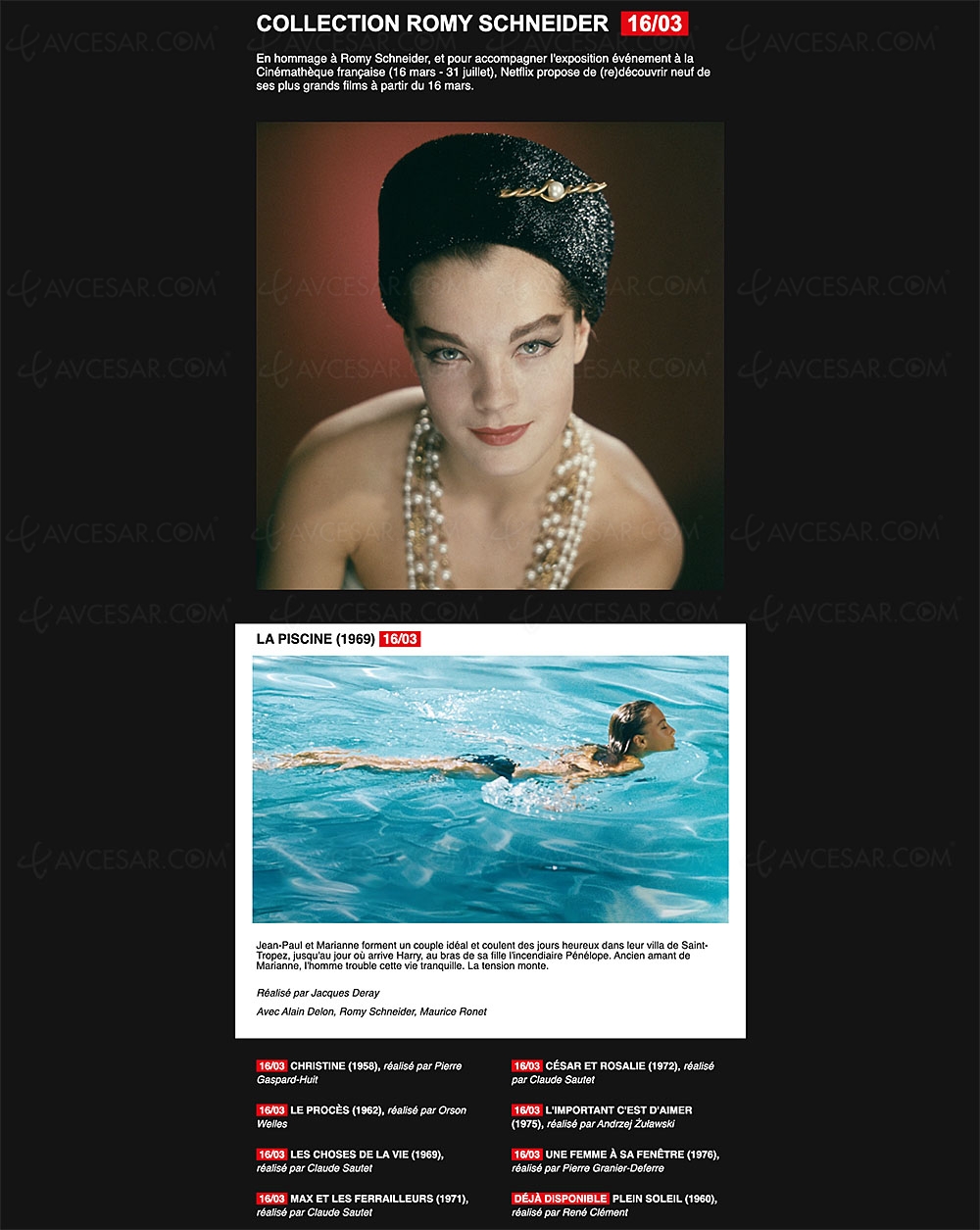