The smartphone manufacturer Xiaomi and Marvel Studios are working hand in hand to promote the launch of Black Widow in theaters (and on Disney +) on July 7.

The Marvel film will be highlighted with the latest Mi11 smartphone, through content posted outside and on social networks in seven European countries, including France of course. “Marvel Studios has entertained millions of moviegoers with the diversity and depth of the Marvel Cinematic Universe,” comments Pierre-Alain Houard, Xiaomi France Marketing Director. The features of the Mi 11 series match perfectly with Natasha Romanoff's character traits, making it a perfect marketing match to entertain. " 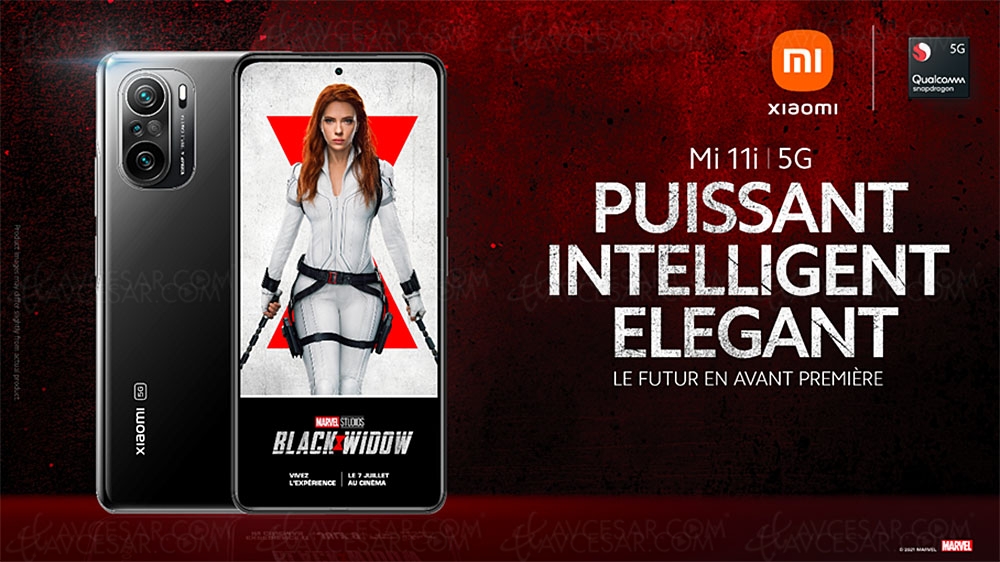