The Frame TV: Samsung and YellowKorner strengthen their partnership

New works and a Parisian exhibition strengthen the ties between Samsung and the art photography expert YellowKorner.

Samsung strengthens its partnership with YellowKorner with 40 photos from the art photography publisher's catalog available on The Frame TV Art Store. These images include snapshots by wildlife photographer Laurent Baheux from his latest Elephant exhibition.

The Frame television is a special product in the Samsung range, capable of blending into the background to transform into a photo frame (to find out all about Samsung The Frame screens, click on our complete file From flat screen to TV The Frame, in 20 years Samsung has revolutionized the design of televisions). A digital store specific to these models, the Art Store for its part is updated regularly to offer works from the largest museums and galleries.

Samsung The Frame in the YellowKorner galleries

Note also for the first time a “real” exhibition at the YellowKorner La Hune gallery, in Paris (16 rue de l'Abbaye, 75006 Paris) until January 2022. Association between Samsung and YellowKorner, it displays hard copies as well as images broadcast on The Frame TVs. Such televisions will also be installed in five YellowKorner galleries in France: La Hune, Montparnasse, Center Pompidou, Martyrs and Bordeaux.

"With the Art Store, our ambition is to bring Art directly to the owners of The Frame television sets," said Guillaume Rault, vice-president of the Consumer Electronics division of Samsung Electronics France. Since the launch of this TV in 2017, we have constantly enriched the catalog of available works by forging partnerships with major players in the art world. But we are also working to perpetuate and develop the collaborations established with certain long-standing partners, as is the case with YellowKorner. Today, we are particularly proud to be able to exhibit our The Frame TVs in Galeries YellowKorner to offer hybrid exhibitions. ”

"YellowKorner is happy to partner with Samsung to pursue its vocation: to reveal and support the best talents in contemporary photography to as many people as possible," explains Alexandre de Metz, co-founder of YellowKorner. This collaboration with The Frame will also make it possible in several galleries of the YellowKorner network to be able to contemplate some works by some of our authors ”. 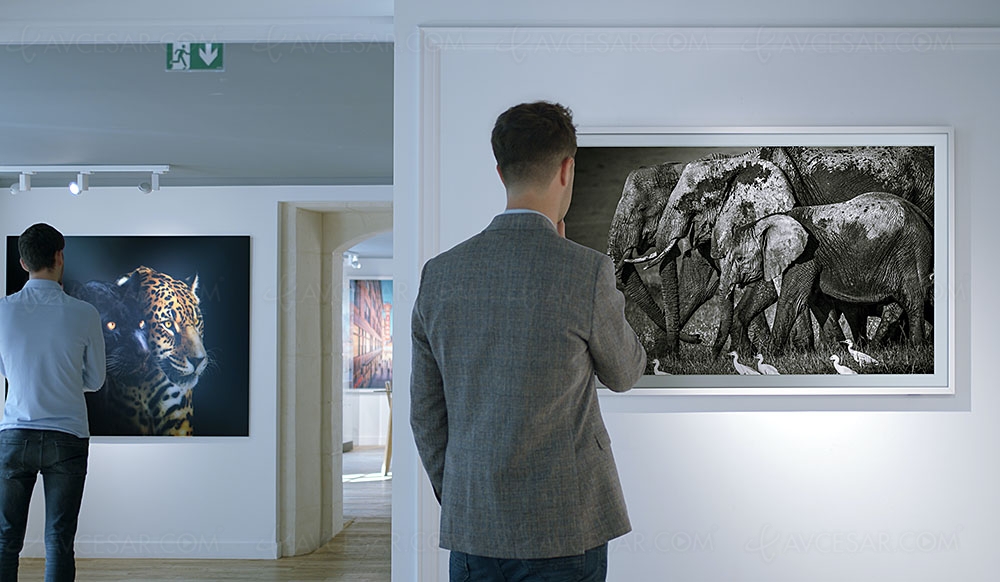