8K and 16K captures announced for the 2024 Paris Olympics

The video market has yet to fully embrace Ultra HD 4K as the already technically very advanced 8K Ultra HD television is considered inevitable. This is what motivates some data processing and content creation companies, including Intel, to continue their technical development and offer the production and distribution of live video at 16K resolutions by 2024.

Intel, in partnership with the Japanese broadcaster NHK and the Brazilian broadcaster GloboTV, announced a few months ago in the columns of the online magazine VentureBeat its intention to experiment with several Ultra HD 8K HFR and HDR - and even 16K - streams at the occasion of the Paris 2024 Olympic Games, in just over two years. In addition, this technological leap will be accomplished via the internet and not over satellite or cable as in traditional television broadcasts.

"We're way beyond proof of concept," says Ravindra Velhal, global content technology strategist and head of 8K at Intel, in an Intel-sponsored article on VentureBeat. The Olympic Games were broadcast live in 8K for the first time at the 2012 Olympic Games in London, hosted by the Japanese public broadcaster NHK, with contributions from the BBC. Intel then streamed the 2018 FIFA World Cup matches in 8K via a dedicated link. Last year at the Tokyo Games, Intel, NHK and GloboTV broadcast an UHD 8K HDR stream at 60 frames per second to Brazil and Japan. “The technical feasibility that we are now demonstrating is to use a cloud service provider, so that millions of customers consume 8K content around the world,” said Velhal. What we are doing with OBS (Olympic Broadcast Services) and NHK is showing that we can take the 8K signal and extend it to a larger area, beyond a city or a country, over a open internet cloud service. That's the big difference. ”

According to Intel, the major innovation lies in its encoding and signal routing solutions based on its Xeon processors. The company does not hesitate to explain the work flow. The content is captured in 8K 60 fps HDR and travels to Intel encoder servers through optical links with a bandwidth of 48 gigabits per second. Once encoded, the signal is distributed directly to consumers with a stream at 80-100 Mbps, ie offered as a contribution at 250 Mbps to rights holders. This higher quality (less compression) is necessary for the broadcaster to manipulate the signal more for its own presentation. According to Velhal, at present, the web service provider cannot handle a distribution of more than 100 Mbps to the consumer. “Basically, we're offering 8K over the existing 4K infrastructure,” he says.

The point is, large-scale live streaming in 8K Ultra HD is perfectly possible. Signal transmission to an open cloud service is managed using standard protocols such as RTP and TLS or RTP and HLS. The round trip latency from the point of capture to the encoding of the 50 Gbit / s input signal to produce a contribution of 200 to 250 Mbps then a distribution signal of 80 Mbps for OTT platforms is 200 to 400 milliseconds . “It's a world record in itself, although we haven't gotten an Emmy Award for it yet,” Velhal said. He then explained how Intel divides the 8K display into several horizontal bands, each with a dedicated Intel Xeon core processor. This is how we do a lot of calculations of metrics, addition, multiplication, addition, because there is a huge amount of vector data or scalar data. This is how we can achieve a latency of 200 to 400 milliseconds from input to output.

Noting that the price of 8K televisions is steadily declining, as well as the fact that YouTube offers over a million 8K videos and the full set of 8K workflow tools, from capture to post-production are increasingly affordable, says Velhal. The work we do is the future of Olympic broadcasting, the future of sports broadcasting and the future of live entertainment broadcasting. We are preparing the world for the democratization of 8K by using the internet.

The breakthroughs in 8K live streaming are a continuation of the “format dynamics” that led the image industry to offer DTT, then HD and today Ultra HD. Of course, we all know people who wonder if 8K is necessary or even really visible to viewers without a very large screen ... Intel would like to point out that its experiments combine 8K definition with HDR and HFR technologies, attributes that greatly improve viewing experience.

In this regard, Velhal says: For the Paris Summer Olympics 2024, Intel technologies will continue to push the boundaries of pixels, up to 16K and with several 8K or 8K / 120 frames TV channels per second broadcast via 5G. Technically, 16K requires several times the throughput of that associated with 8K / 60 data stream. Our wish is to continue to evolve and advance this technology to explore new frontiers. 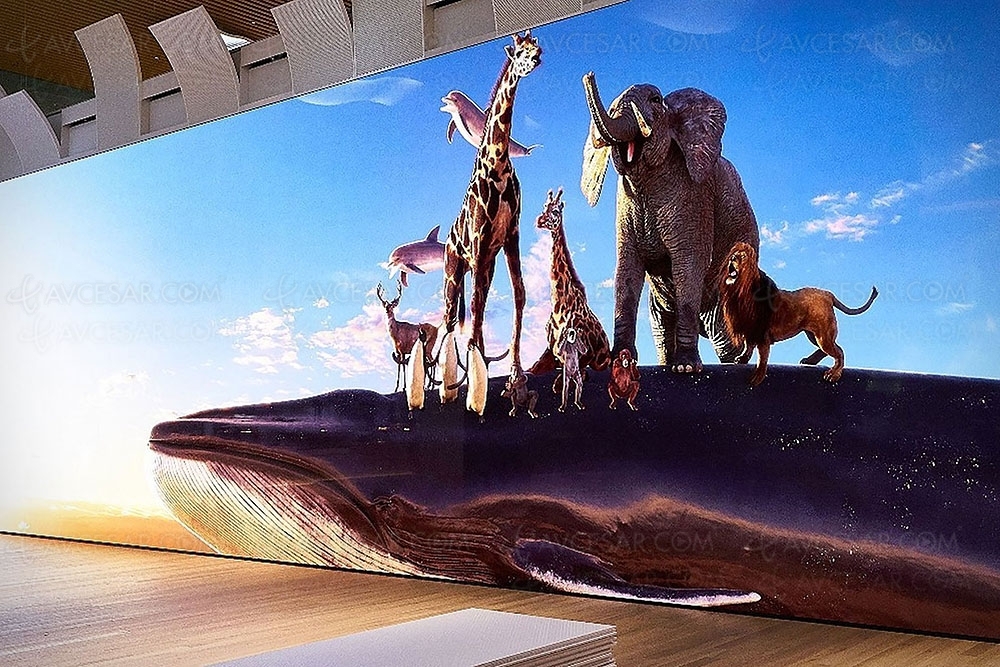