After the new Hisense L9G Laser TV series and the Hisense 77R1 rollable Laser TV, the Chinese manufacturer is presenting at CES in Las Vegas 2022 a third novelty in the ultra-short throw projector category, the Hisense PX1-Pro TriChroma Laser Cinema.

With this surname, Hisense announces the color, to seduce fans of Home Cinema amateurs of a large quality image to satisfy their passion for the 7th art (note the presence of Filmmaker Mode).

To put it simply, the Hisense PX1-Pro TriChroma Laser Cinema incorporates most of the technical characteristics of the Hisense L9G TriChroma Laser TV models, namely Ultra HD 4K definition, HDR Dolby Vision, HDR10 and Wisa compatibility, coverage at 107 % of the Rec.2020 gamut (more or less what the human eye sees) and X-Fusion Laser Light Engine module, exclusive to the brand and based on a triple RGB laser. 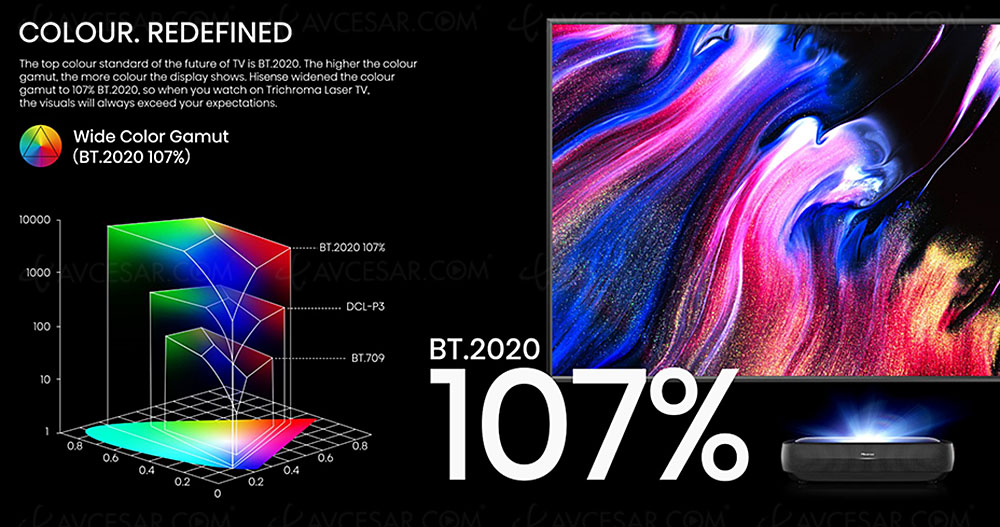 On the Smart TV side, the European version of the Hisense PX1-Pro TriChroma Laser Cinema is equipped with the exclusive Vidaa 2022 vintage interface, access to Canal +, Netflix, Salto, Disnay + streaming applications…

For the rest, the Hisense PX1-Pro TriChroma Laser Cinema incorporates a DLP TI chip with a response time of 32 µs, which is 500 times faster than an LCD TV and displays a light peak of 3000 lumens. Like all Hisense Laser TV references, a specific screen (Fresnel type), the particularity of which is to absorb ambient light to make room for the projected image, is supplied with the product. 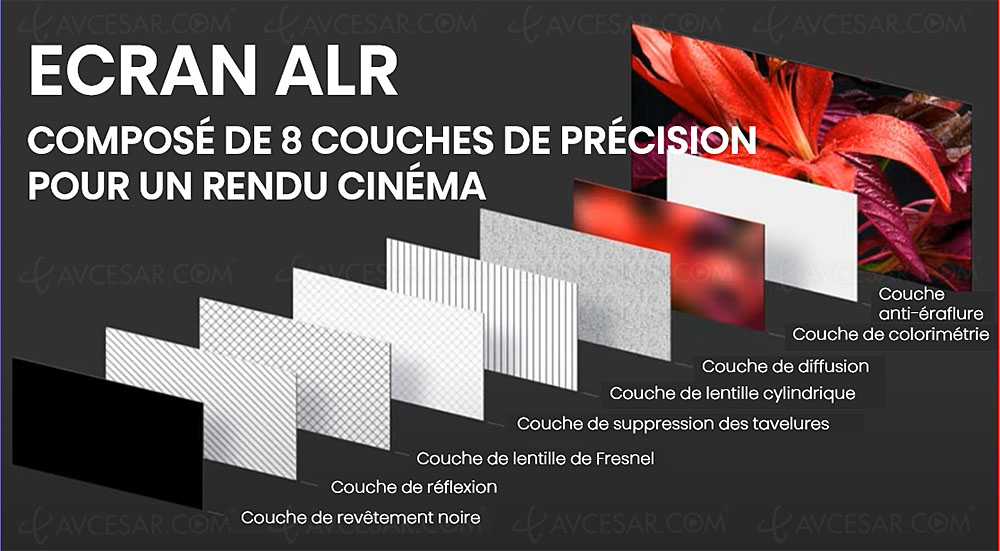 To find out all about the Laser TV concept and Fresnel mirror screens, click on the following link to discover the special report: The ultra-short throw projector replaces the TV in living rooms.

On the connection side, there are among others four HDMI 2.1 inputs with eARC and ALLM compatibility and an Ethernet port. Namely, these are not compatible 4K / 120 but only 4K / 60, too bad for the owners of PS5 and / or Xbox Series X, they will not be able to fully exploit the capacities of their new generation home console.

The sound section of the Hisense PX1-Pro TriChroma Laser Cinema should, like the Laser TV TriChroma Hisense L9G, be structured around 13 speakers signed Harman Kardon in the USA, and branded JBL (property of HK) in Europe, for a total power output of 30 watts. Dolby Atmos compatibility is there and with Wisa technology, the Hisense Laser TV L9Gs will be able to broadcast TNT sound to compatible, wireless speakers.

Availability planned for the second half of 2022. Indicative price: 4,000 euros. 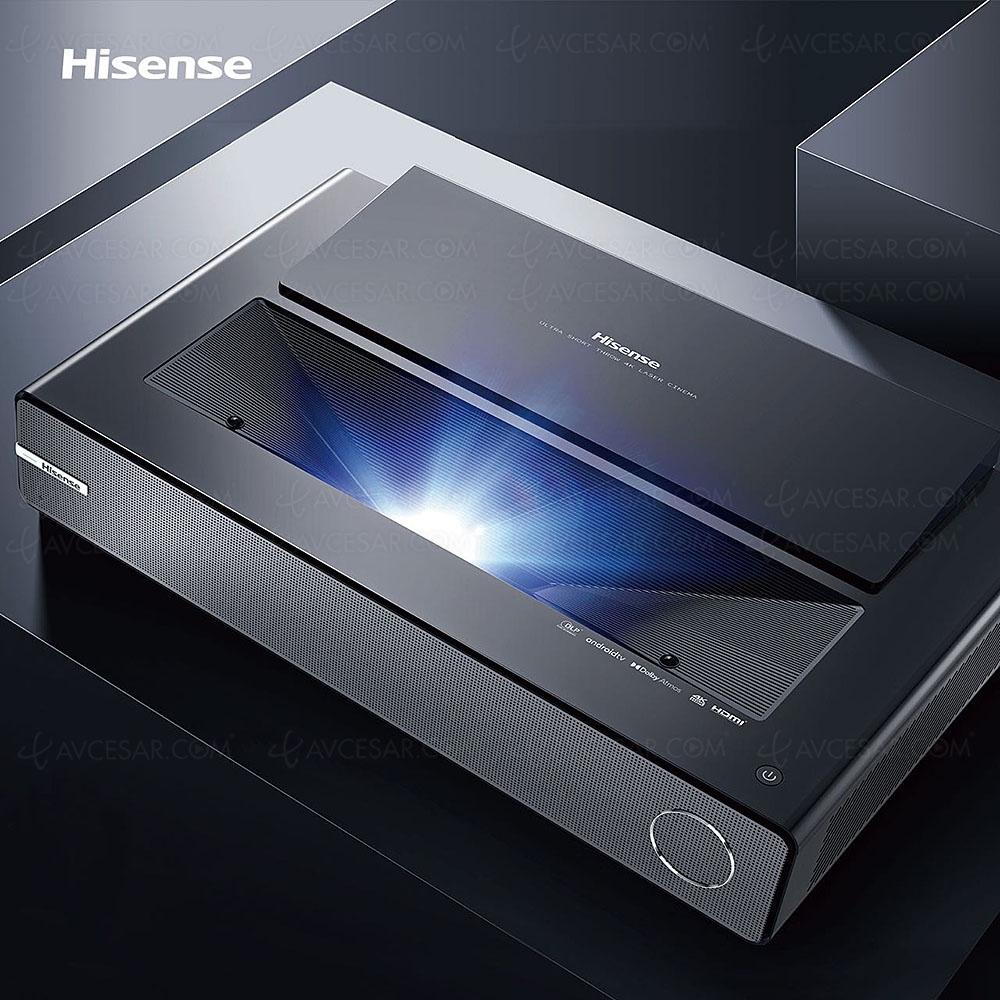