A Gorillaz animated film in the works at Netflix

Damon Albarn, head of Project Gorillaz, has confirmed that an animated feature film project around his virtual band is currently in development at Netflix.

It's a nearly twenty-year-old sea serpent that should soon see the light of day: an animated feature film around Gorillaz is currently in development at Netflix.

It is the thinking head of the group, Damon Albarn himself, who confirmed this in an interview with Apple Music on the occasion of the release of his new solo album. “I'm at Netflix right now because we're working on a feature film around Gorillaz, and we're having a writing session this afternoon. It's very exciting to do and it's something we've wanted to do for a very long time. It took so many forms, this idea of making a Gorillaz film, but obviously I can't say more for the moment ”. Enough to give life to the four animated members of Gorillaz, 2D (Albarn avatar), Murdoc, Russel and Noodle.

Mentioned several times since the launch of the virtual group in 2000 (exchanges with DreamWorks in the 2000s, then a concept for a television series in 2017 which has never been confirmed), the project to work concretely on a film Gorillaz had was unveiled by Damon Albarn in 2020. At the time, the Blur singer indicated that the first stages of a “fairly abstract” animated film were underway and contracts had been signed.

At the level of worlds created by studio Ghibli

The goal then was to direct the film during the conception of the second season of Song Machine, a project that saw Gorillaz release, instead of albums, waves of monthly singles with various guests (by Robert Smith at Slowthai), and whose first season lasted throughout 2020 before the release of a final compilation. And the goals were ambitious: “I see a lot of people making animated videos these days, but they don't quite match the quality of ours. We are rather at the level of the worlds created by studio Ghibli ”. Hoping that the result in long format can keep the same requirement.

For the moment, no release date has yet been revealed for this future film. But Damon Albarn is confiding in front of his new partners: “Netflix, it's extraordinary how they are everywhere now. But they look like a good creative team to me. ” 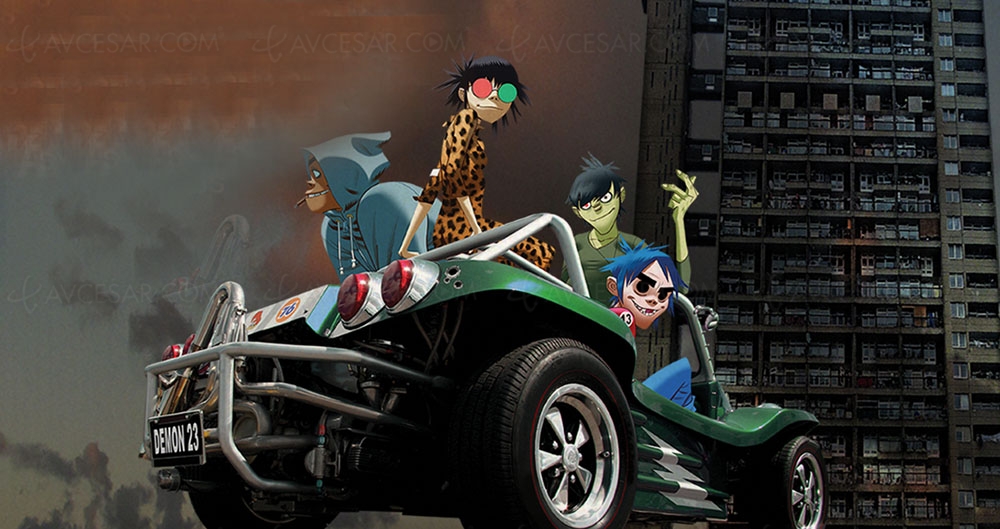