Fabulous posters for the release of Matrix Resurrections in Imax

Warner Bros. has just announced that The Matrix, the original 1999 film, will premiere in Imax.

The first Matrix of the name will be screened in Imax for two nights in select theaters in the United States on December 7th and 8th.

What Matrix 4 will NOT be

A very nice appetizer before the release of The Matrix Resurrections on December 22, which will also be screened in Imax in all equipped cinemas. To accompany the good news, Warner unveiled the new and beautiful posters of the eight characters of the next Matrix which are sure to intrigue fans of the saga.

The screenwriter of this new opus, David Mitchell, has also given some ideas on what will NOT be Matrix Resurrections: "Matrix 4 will certainly not be another sequel, but something autonomous". From there to say that Neo will get into a Tesla? The question is valid. Answer on December 22. 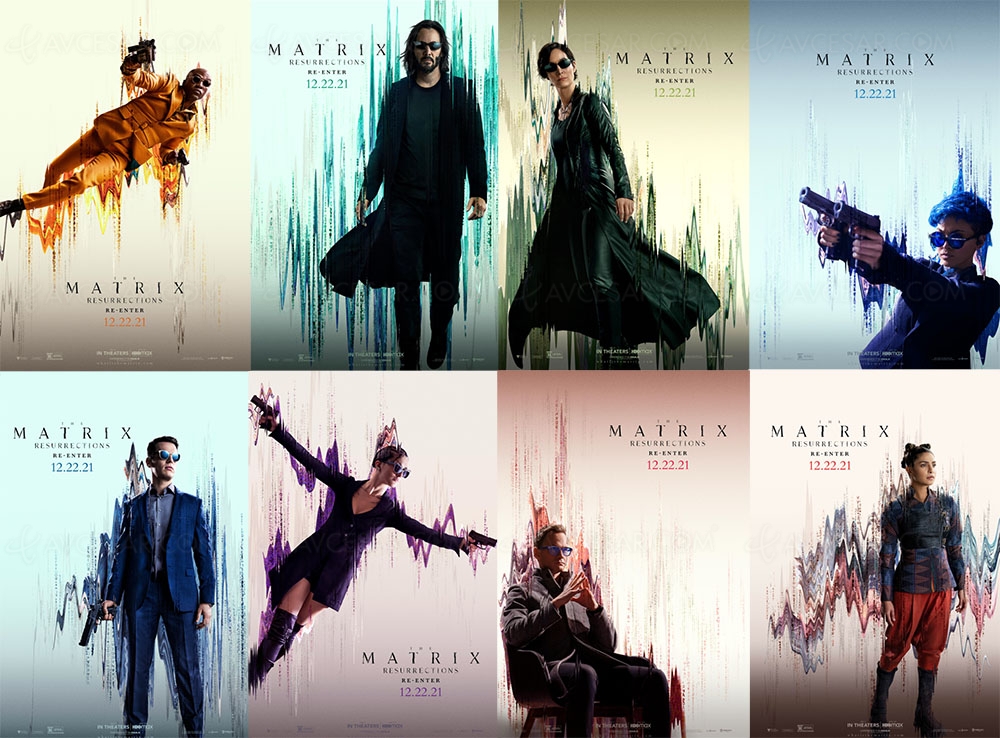