No screens for Apple Glass glasses?

Filed in 2016 by Apple and recently granted by the US patent office, a patent called "Retinal Direct Projector" describes a technology worthy of science fiction films, and which could be integrated into future glasses or virtual reality headset / augmented reality (AR / VR), the already famous Apple Glass.

The technology described consists of a light ray generated by a projector, reflected by a curved mirror in front of the user's eyes, and sent into the pupil to form an image in the retina, without passing through a screen or any surface. . When implemented, this method would eliminate the screen from the Appel Glass.

The document explains that this technology allows better AR / VR immersion by getting rid of convergence lag issues. In other words, when a screen very close to the eyes tries to make you believe that an object is far away, the brain is not always convinced. The absence of a screen makes it easier to convince the brain and in the process eliminates eye fatigue. 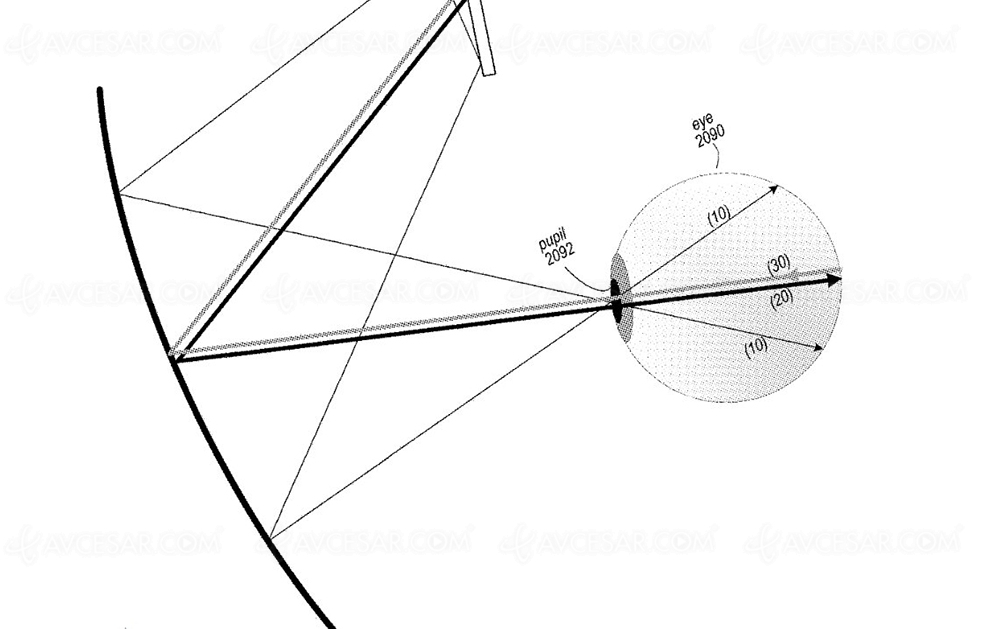