Big tech companies are apparently the best employers if their employees are to be believed.

For several years, Forbes and Statista have established the annual ranking of the best employers in the world.

150,000 employees surveyed to assess their company

For the 2021 edition, more than 150,000 employees of multinational companies and institutions were surveyed across 58 countries. They were asked to rate their company on several criteria including image, talent development, gender equality and social responsibility.

This year, the Korean company Samsung came first, dethroning Alphabet (Google's parent company) which fell to 6th position and was overtaken by IBM, Microsoft, Amazon and Apple. We note in passing that tech companies occupy the entire Top 8. As for French companies, the first in the ranking is Dassaut in 19th place, then Decathlon in 26th position. 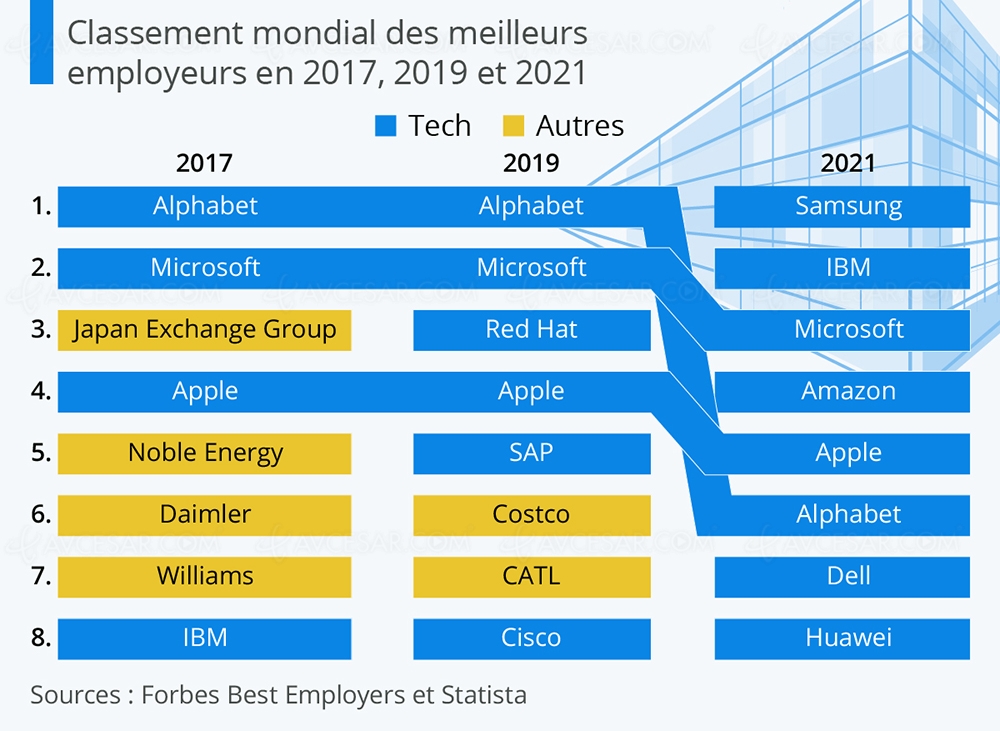