Ergonomics is the watchword for this Smart Glass concept designed by Korean designers.

Announced flop or tomorrow's revolution, Smart Glass (or connected glasses) does not leave large manufacturers indifferent. Facebook, Xiaomi or even Apple are already preparing their models to test the market. 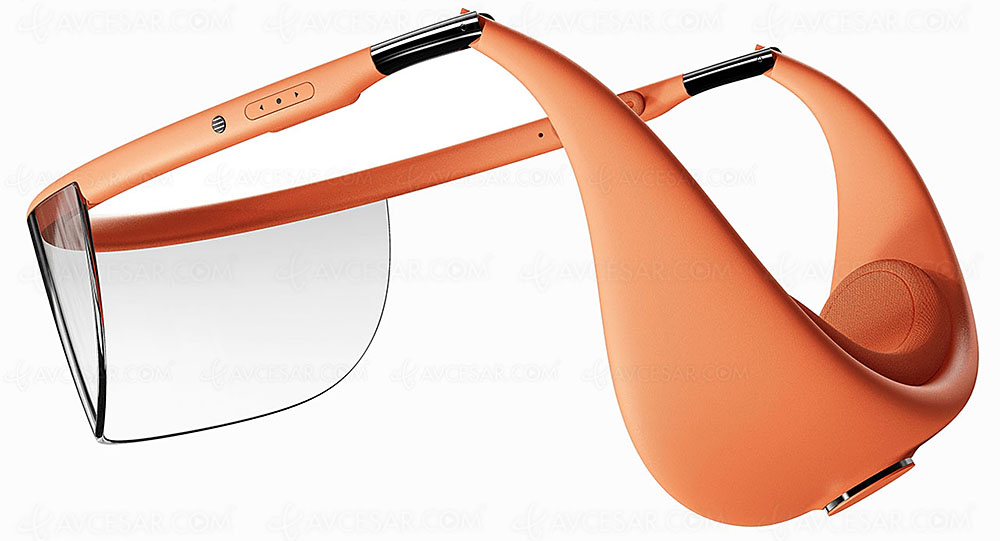 AR Warp glasses, comfort above all else

At the same time, independent designers are trying to imagine what the connected glasses of tomorrow could look like. This is the case of Fountain Studio, a Korean company which presents the AR Warp, a pair of augmented reality glasses which focuses above all on user comfort (see photo above) .. 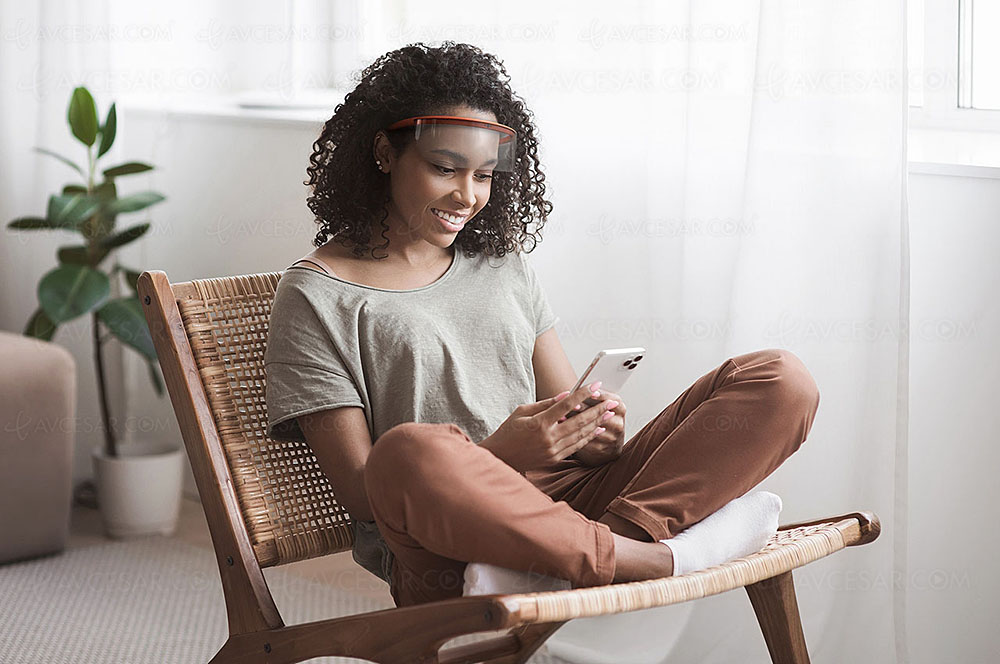 A visor in the style of ski goggles

With its adjustable and rotating temples, the AR Warp can be worn on the forehead when they are not in front of the eyes. Instead of glasses, a visor not too close to the eyes and which does not rest on the nose (see photo above). Naturally this fictitious model is described as light. 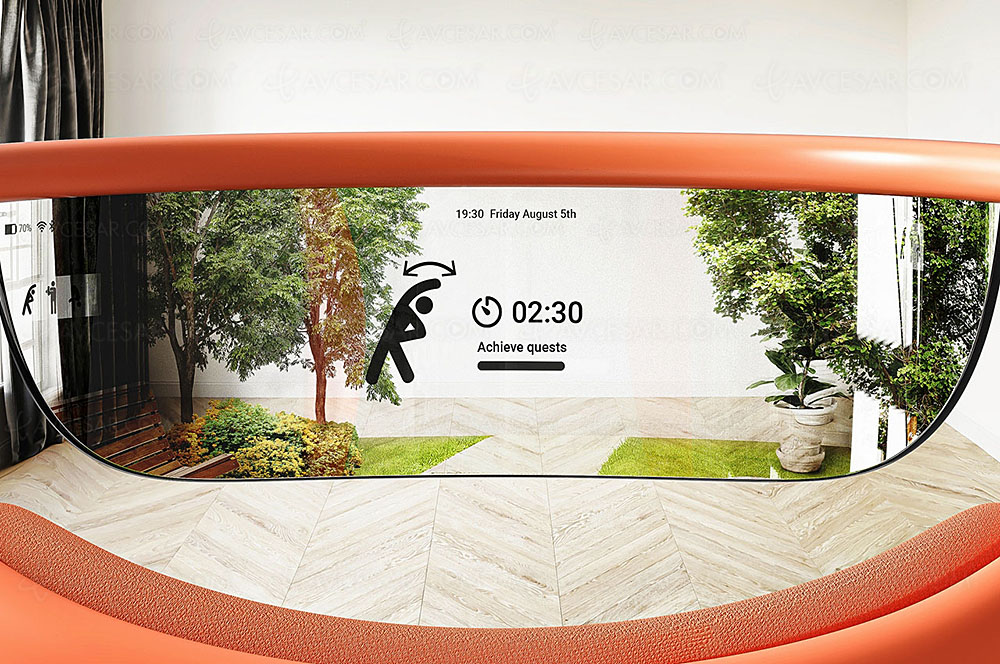 The graphical interface in overlay of the environment displays information according to the time of day, such as the agenda, weather alerts, smartphone texts and other notifications (see photo above). An on-board camera allows augmented reality overlays and headphones provide an audio stimulus to complete the visual. 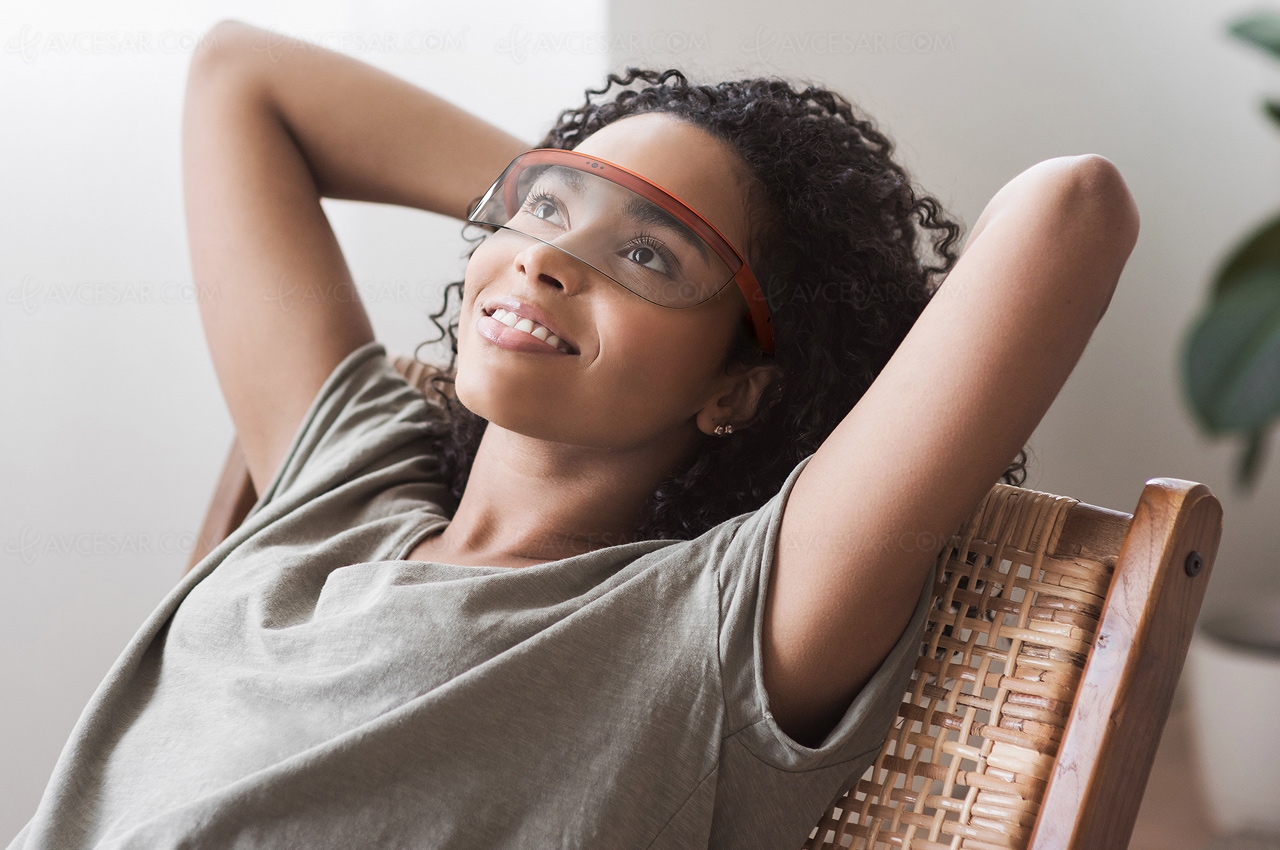