For once, Netflix delivers audiences to its most popular original series and films.

"We are trying to be more transparent with the market, professionals, and everyone," said Ted Sarandos, co-CEO of Netflix, at the Code conference in Beverly Hills at the end of the month of September. Indeed, while the platform does not usually provide its audience figures, Sarandos has delivered some crisp data.

The Top 10 of the most popular films and series of the service were thus revealed (see table at the bottom of this news), according to the number of subscribers having watched at least two minutes in their first 28 days. farms. Side series, the first season of Bridgerton leads the dance (82 million subscribers), followed by -cocorico- Lupine, then The Witcher (both at 76 million). For films, the first is Extraction (99 million), followed by Bird Box and Spenser Confidential. 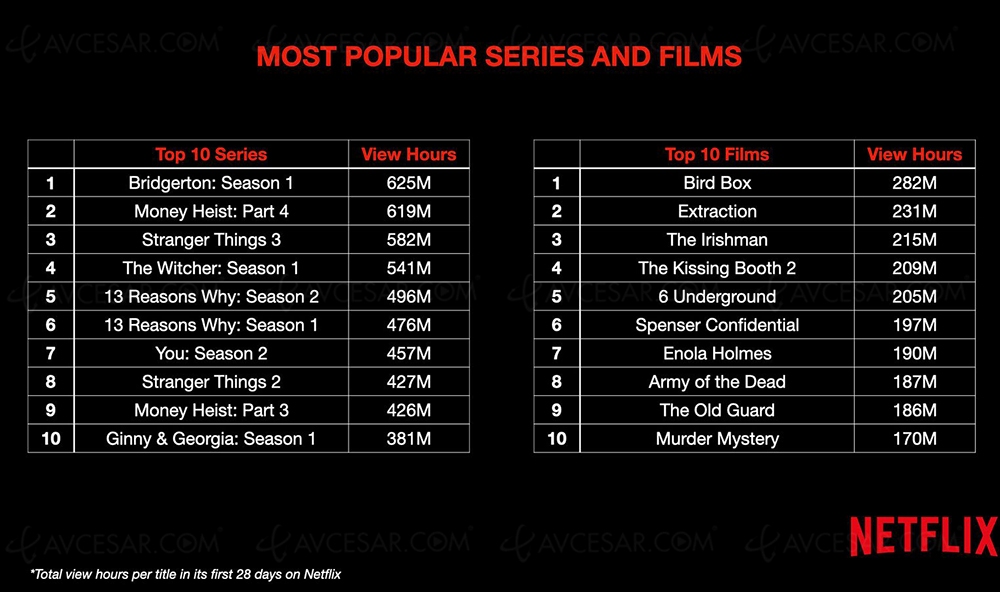 Another classification was established, this time based on the total number of hours watched over the first 28 days of operation (see table above). Interestingly, the Top 10 results are not quite the same. Thus, Bridgerton is always first (625 million hours) but it is now followed by La Casa de Papel, then Stranger Things 3. For the films, Bird Box is this time first, followed by Extraction then The Irishman. For the rest of the results, click on the images above and below to enlarge them. 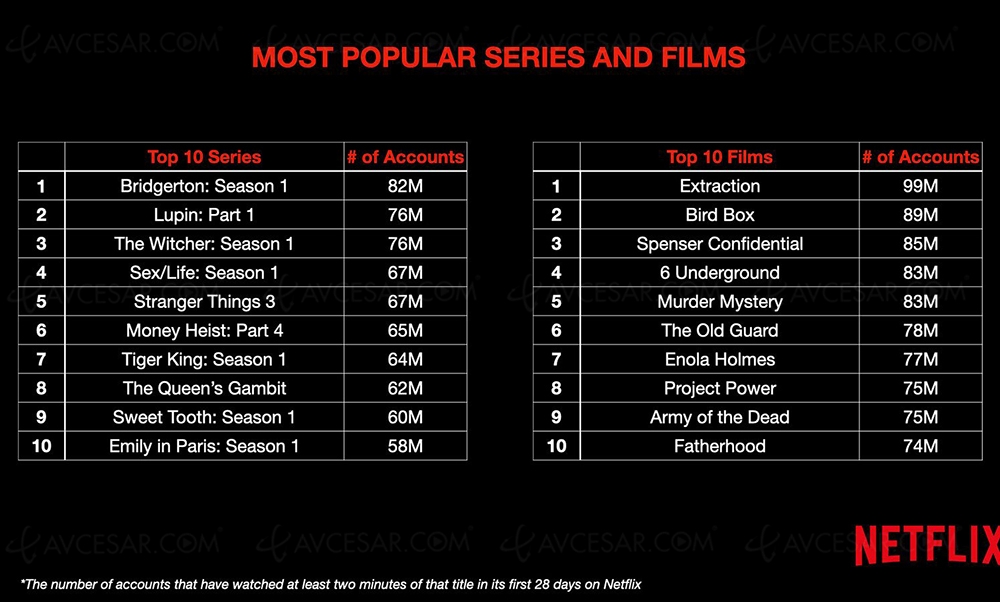