Continuation and end of our presentation of the 2021 series of video projectors signed JVC with, after the JVC DLA-NZ7 and JVC DLA-NZ8 models unveiled yesterday in our columns, the JVC DLA-NZ9, the flagship of the brand.

After a teaser unveiled at the beginning of August to announce 8K technology (see our news D-ILA JVC Ultra HD 8K Projector on the way), the time has come for JVC to present its latest products in detail. Of course, like their predecessors which appeared in 2017, these three 2021 vintage projectors are equipped with a native 4K D-ILA 0.69 '' matrix with a pixel pitch of 3.8 μm, with optimized flatness to drastically reduce scattering defects and light diffraction. 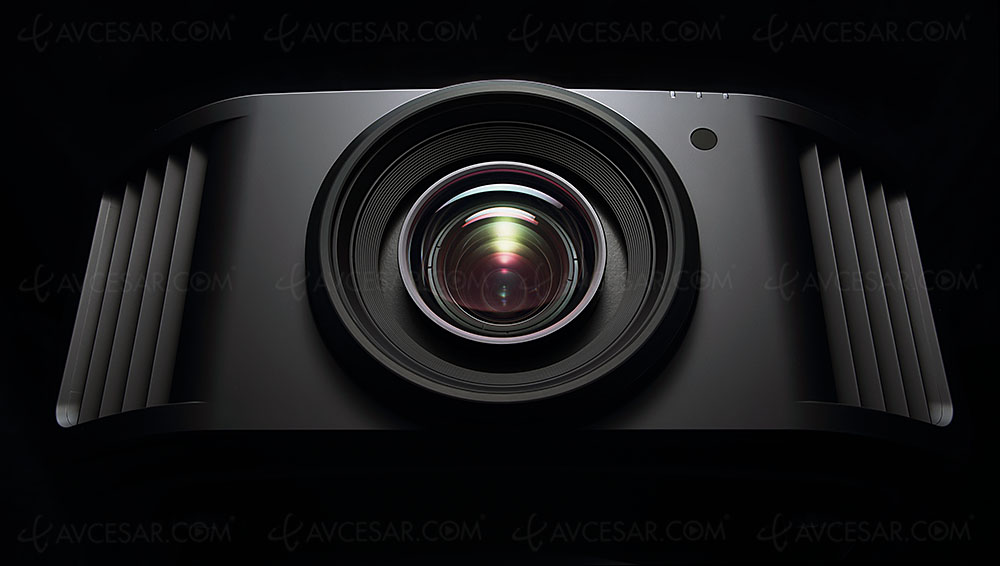 The new features of the JVC DLA-NZ9, 100mm lens in mind

The lens evolves with a 100 mm model (60 mm on the JVC DLA-N5 / N7 / N9 range) with 18 elements assembled in 16 groups. It features five special low-dispersion glass lenses that manage the refractive index differences of the RGB components of an image for high-resolution display right up to the four corners of the screen. Note that the maximum image size displayed is 300 '' (762 cm).

For its part, the prism polarization method has been optimized with a more efficient use of the green component so useful for optical luminosity. There is also a new device internal to the optical system which suppresses all unwanted light. And of course the e-ShiftX 8K technology (and not simply e-Shift as on the DLA-NZ7) which, associated with a 240 Hz frequency, doubles the resolution of the 4K matrix by shifting each pixel here by half a pixel in four directions: up, down, left and right, and no longer just diagonally (in two directions). 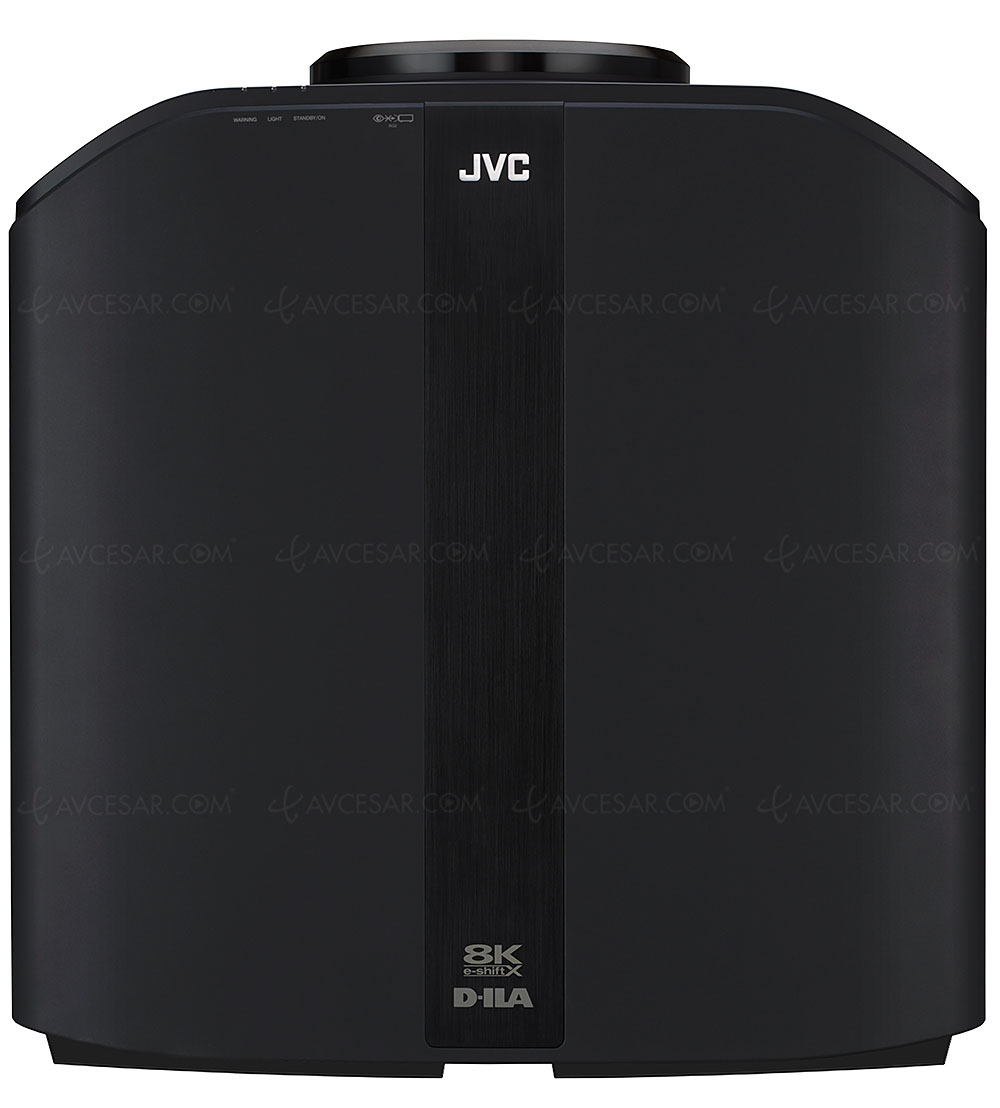 An automatic Tone Mapping function is integrated to perfectly display the image of a 4K Ultra HD Blu-Ray disc in accordance with its mastering information (1000 nits or 4000 nits). HDR and WCG (Wide Color Gamut for 100% of the DCI-P3 color space) functions are on the program with the management of an HDR10, HDR10 + or HDR HLG signal. The JVC DLA-NZ9 automatically switches to the correct mode.

The native contrast ratio of this new model appears identical to that of the JVC DLA-N9 vintage 2018 with 100,000: 1. On the brightness side, JVC announces 3,000 lumens. Likewise, the low latency mode for a reduced Input Lag is always appropriate. On the video processing side, the 200 Hz Clear Motion Drive process, whose motion compensation algorithm has been improved, is supported by Motion Enhance technology to considerably reduce the effects of motion blur. It acts by optimizing the piloting of the D-ILA matrices for a greatly improved fluidity. 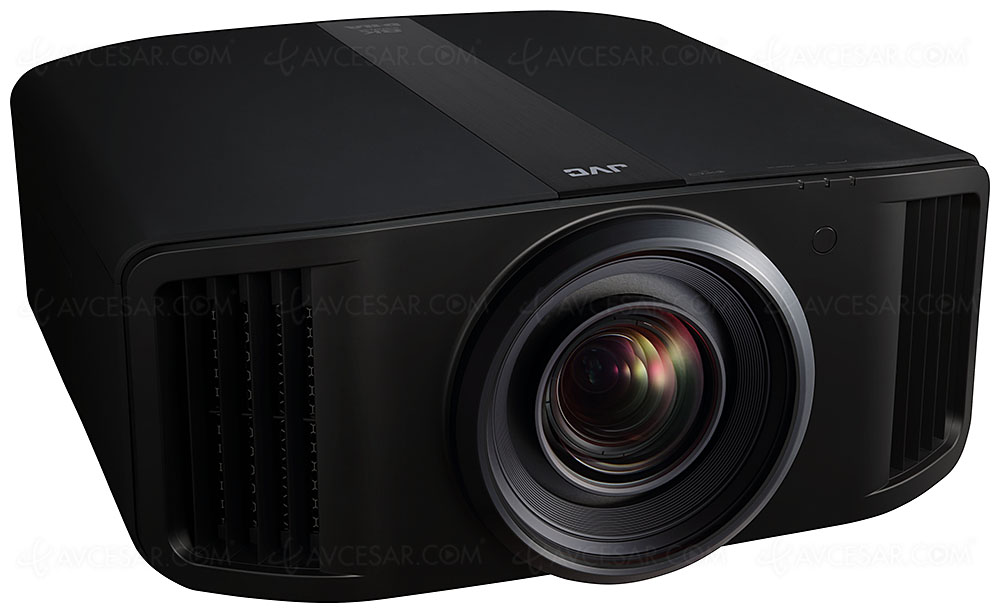 ISF certification is also required. Ditto for the settings that appeared on the previous range via a Firmware update in 2020, namely the Theater Optimizer parameter allowing the user to enter various environmental factors that influence the quality of the image. Thus, the size of the screen and its nature (its gain for example), associated with the position of the zoom (2x optical) of the lens, will be all elements considered by the video processing of the video projector to display an image at the Optimized tone and brightness mapping. We can also mention the Frame Adapt HDR function offering five levels of brightness or a significantly improved Lens Shift adjustment (see list of features below).

Availability, in black finish only, announced for the end of October. Indicative prices: € 24,999 for the JVC DLA-NZ8.

Reminder of the key features of the JVC DLA-NZ9: 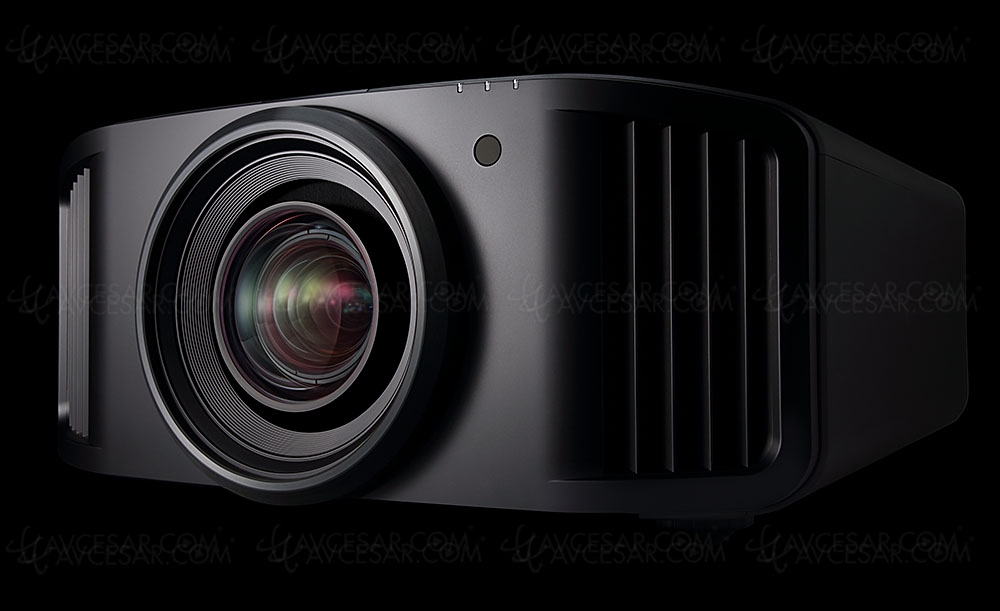