Even if LG left the smartphone market this year, this does not prevent the Korean manufacturer from manufacturing components used by other brands.

Its subsidiary LG Chem recently introduced a protective coating for Oled flexible displays, capable of making displays as hard as glass while retaining the flexibility of plastic. The material is also unique in that it does not have wrinkles as visible as those of the competition, especially Samsung.

Called Real Folding Window, the coating - only a few tens of micrometers thick - is applied to both sides of a polyethylene terephthalate (PET) film to increase its heat resistance and mechanical properties. It is thinner than Samsung's glass solutions, with similar strength and strength tested to 200,000 bends. This film can thus be applied to a flexible Oled screen to protect it.

Many devices targeted by LG Chem

This product will enter large-scale production in 2023, and LG promises a competitive price and adaptability to several types of devices: smartphones (including roll-up), tablets, laptops ... In parallel, LG Chem is working to ensure that the Real Folding Window can in the future be applied alone, without the need for a PET film. 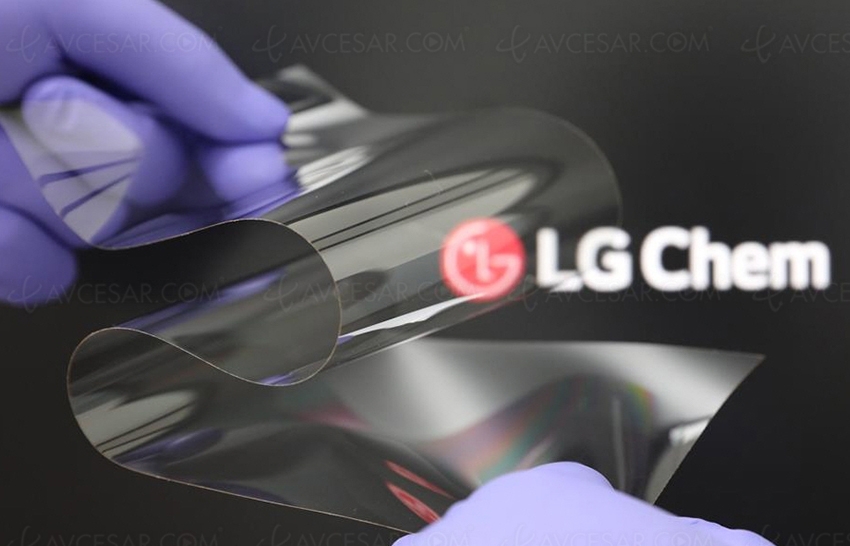