TV market 2021: drop in volumes expected due to higher prices?

According to the latest report from Taiwanese research and analysis firm TrendForce, the global TV market is expected to decline in 2021 with a second half-year in terms of volumes. Still involved are the consequences and repercussions of the health crisis, ultimately leading to higher production costs.

According to TrendForce, the global TV market will contract by -0.9% during the year 2021, from 217 million units in 2020 to 215 million. This is the new figure put forward by analysts at the Asian firm, which revised its estimates published last May which forecast an increase of 3.1% to 225 million units. Global TV market 2021, first half trompe l'oeil In detail, TrendForce tells us that the first half of 2021 was quite good with demand growth of 10% for a total of 98.45 million pieces (with + 11.5% in the first quarter and +8.4 % in the second trimester). However, this figure is 5.8% lower than TrendForce's initial forecasts, the fault - explain its analysts - to an overall availability of TV panels below the demand of the brands from April. 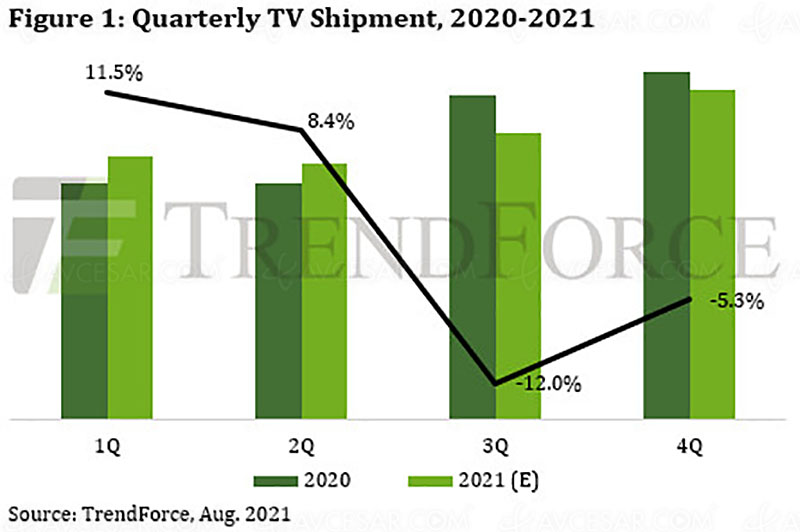 Global TV market 2021, zoom in on the Top 5 More generally, Chinese and (especially) Korean brands have dominated the market and the growth of the large screen size segment has been confirmed. Samsung and LG continue to lead full diagonal TV sales with a combined market share of over 20%. This translates into a total over the period of 20.7 million televisions sold for Samsung and 14.01 million for LG. Trendforce emphasizes that the strategy of the two Korean giants has therefore turned out to be positive: to avoid a loss of profit linked to the increase in panel prices (demand greater than supply, as we recall), Samsung and LG have favored l improvement of the specifications of the 2021 range on the one hand, the larger models with higher margin on the other hand. Also in the first half of 2021, TCL and Hisense managed to reduce production costs despite the difficulties encountered in the supply of adequate components. TCL increased its sales by 11.5% (11.05 million in total) compared to the same period last year while Hisense posted an increase of 9.5% (8.94 million). Here again, the bulk of sales concerned large diagonal televisions: the 65 "and over sector has grown by 25% compared to the same period in 2020. This market segment represents 36.5% of televisions sold by TCL and 40.2% for Hisense. Xiaomi, currently credited as the fifth largest TV producer in the world, is the only one in the Top 5 to experience a decline in volumes with 5.52 million units sold, a contraction of 6.6%. Trendforce estimates that the promotions put in place by the brand to attract customers have not achieved their objectives. Global TV market 2021, second half expected to decline For the second half of 2021, forecasts are significantly less Although the problems related to the supply of TV panels should gradually subside, TrendForce believes that their still high prices and extended delivery times in Europe and North America will jeopardize sales, despite the traditional period. Eventually auspicious of the end of year celebrations. Zoom on the price of TV panels In order to better understand its forecast, Trendforce has provided some guidance for measuring the impact of rising TV panel prices on the end consumer. Between June 2020 and July 2021, the price of a 32 '' panel increased by 167% while the price for the end user increased by 30% to 35%. For the 55 "size, TrendForce mentions an increase of 120% for the panel and 20/25% for the end user for the low and mid-range models while at the same time, the prices of the high-end models have They were stable or even slightly down on certain references. For this last point, the explanation lies in the ability of brands to offer discounts on more expensive televisions, therefore with greater margins. at cost or almost, it is difficult to launch a price war, it is possible on more expensive models. Black Friday, a non-event in 2021? For all these reasons , TrendForce estimates the promotions usually put in place for Black Friday, the hottest commercial period of the year, along with the Christmas season, will be significantly less than in the past. Logically, this will result in a decline in sales. . Finally, for To justify its 2021 TV sales forecasts, Trendforce also mentions the congestion of port activities, an additional difficulty that has led to delaying shipments by up to 3 or 4 weeks during the third quarter of 2021. Overall, in the second half of the year, sales should represent 117 million units, corresponding to a decline of -8.5% over one year. 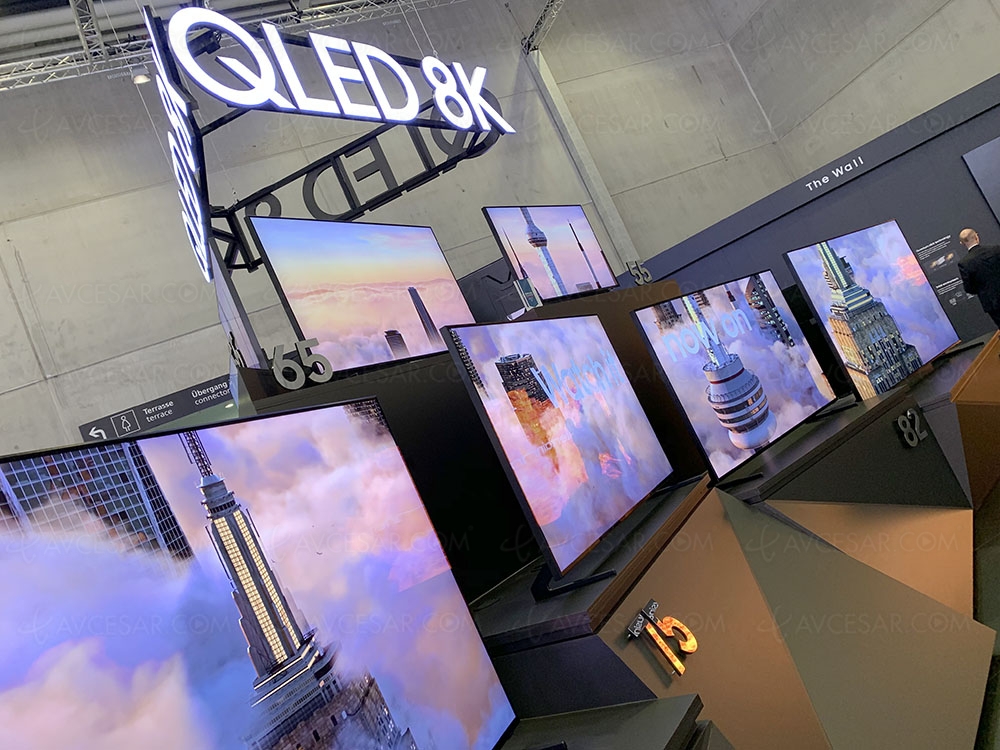