02.11.2022 • 06h47
Recently arrived on the French market, the German loudspeaker manufacturer Teufel has nothing to do with a start-up, quite the contrary. The brand indeed celebrated its 40th anniversary recently. Following your increasing number of questions about it, the editorial staff of AVCesar.com invites you to find out more. Certainly, Teufel is a brand to follow.
Teufel is not a builder unknown to the editorial staff. Watched from afar for a while, we took a closer look at his productions almost two years ago. Both streaming music listening solutions and sound bars were not lacking in advantages. However, due to the health crisis, we were not able to go any further in discovering this brand, the distribution of which in France is essentially ensured by the internet, the Teufel stores being located in Germany (see left and top photos below). with the Leipzig store) and Austria (see photos on the right below with the Vienna store). 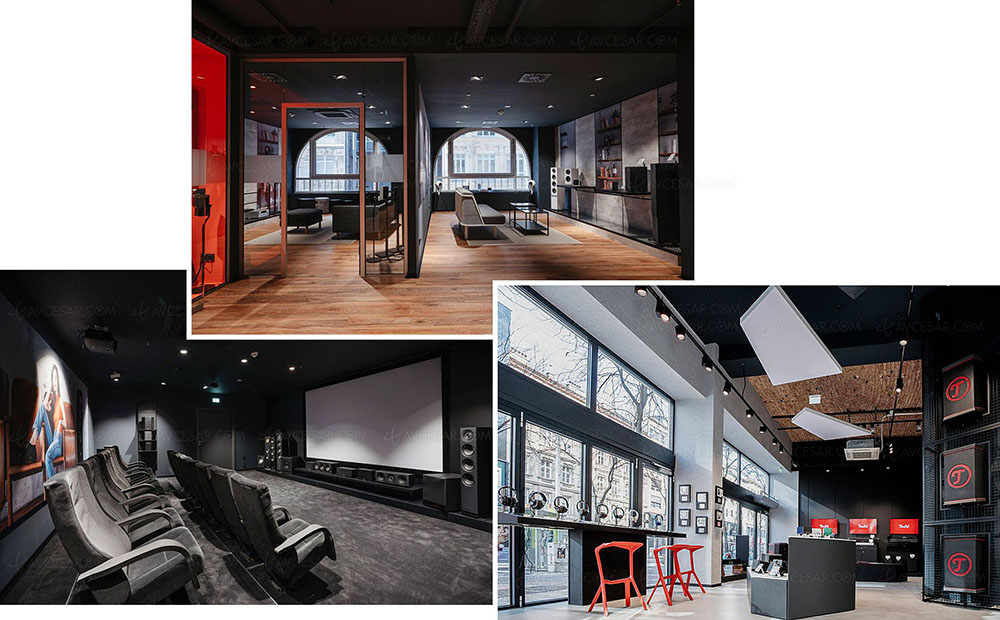 new-tech/high-tech, finally back at the beginning of September after two long years of absence (still Covid-19 crisis), that we were able to get to know Teufel better by going to their store located in the heart of the German capital, where their most representative productions were enthroned. We then went from surprise to surprise when we discovered a brand that has a very wide range of audio productions, the result of more than 40 years of experience! Teufel, from the speaker kit to the Smart Home You have to go back to 1979 to find the origins of Teufel. At the time, self-assembly kit speakers were in vogue. Every Hi-Fi enthusiast makes it a point of honor to make their own loudspeakers in order to personalize them both aesthetically and in terms of the acoustic signature, sometimes with a result… let's say confusing. Nevertheless, this was a booming market. To meet the expectations of the most demanding enthusiasts, Peter Tschimmel opened a shop in Berlin in 1980 specializing in the sale of high quality speaker kits. An activity that has met with great success with the public.

Teufel, precursor of online sales On the strength of this success and always on the lookout for the latest technological developments, while the vast majority of brands view direct sales with suspicion and caution, Teufel offers its first online sales solution in 1985 by offering direct ordering by e-mail. -mail. However, if the quality of the loudspeakers offered by Teufel is recognized, many High-Fidelity candidates do not feel like DIYers at heart. Mounting their speakers does not excite them. To meet their expectations, Teufel offers its “ready-to-play speakers” solution. In fact, these are models with characteristics identical to those of the speakers sold as a kit, but fully assembled and therefore ready to use. In 1988, the small two-way speaker Teufel M200 (see photo below on the left) was a great success and was sold until 1988 in a total of 20,000 units! This model caused a lot of ink to flow in the press of the time, just like its big sister Teufel M6000 (see photo below on the right) which some do not hesitate to cite as a reference loudspeaker. 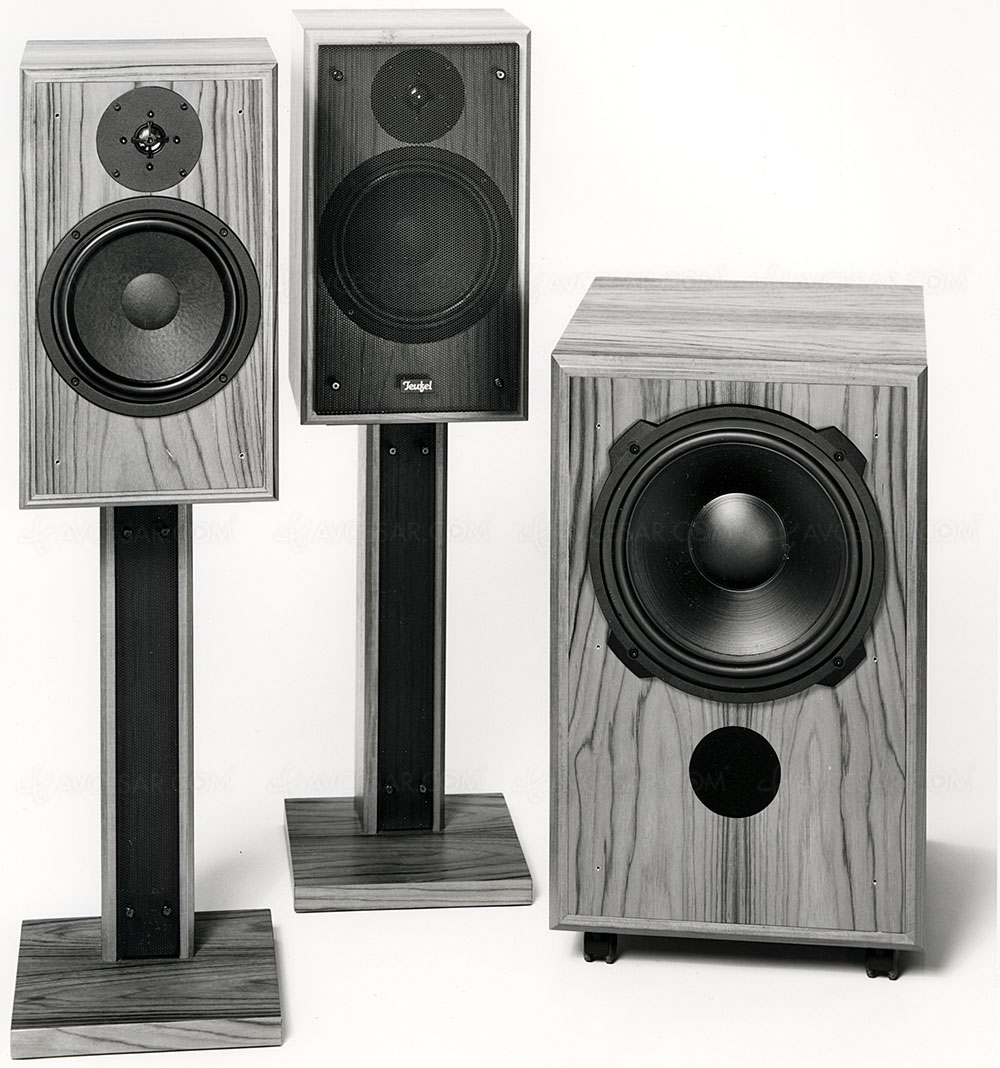 Teufel, the upheaval of Home Cinema In the mid-1990s, the Hi-Fi market gradually withered. It is facing strong competition from the rise of Home Cinema. Teufel immediately reacted to this new trend by proposing, from 1995, a new range of loudspeakers specifically designed for this use, the Theater 2 system. It was even the first Dolby-certified Home Cinema Surround system. Since 1996, its successor, the Theater 8 has been THX certified (see photo below). An area where Teufel is still the European leader today. 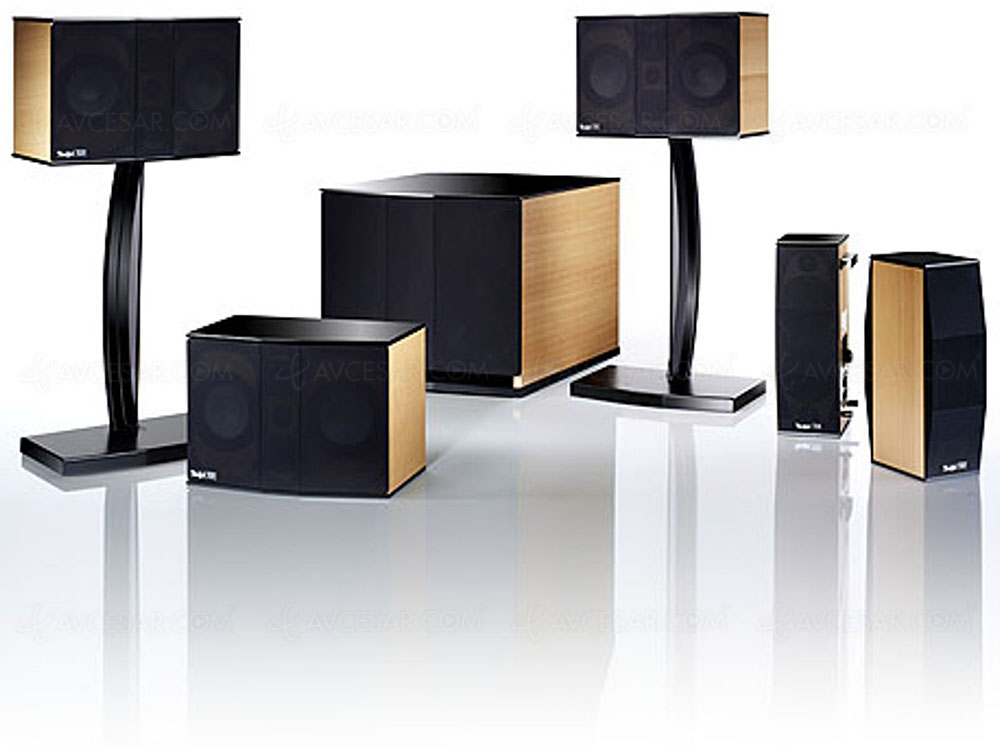 Teufel, the creation of online stores However, while Teufel is a forerunner on the Net with its e-mail ordering solution, the Internet world is changing. The brand therefore adapted by offering its online store in 1997. However, as with any store of this type, this choice does not allow physical contact with the product. A point that can make many potential customers hesitate. To compensate for this lack and seduce the most hesitant, Teufel is implementing a "trust-building" commercial policy based on an eight-week trial period so that the end user can check with complete peace of mind that the equipment ordered corresponds well up to his expectations. In addition, a 12-year warranty is offered on the speakers. Arguments still in force that allow Teufel to reassure potential buyers. 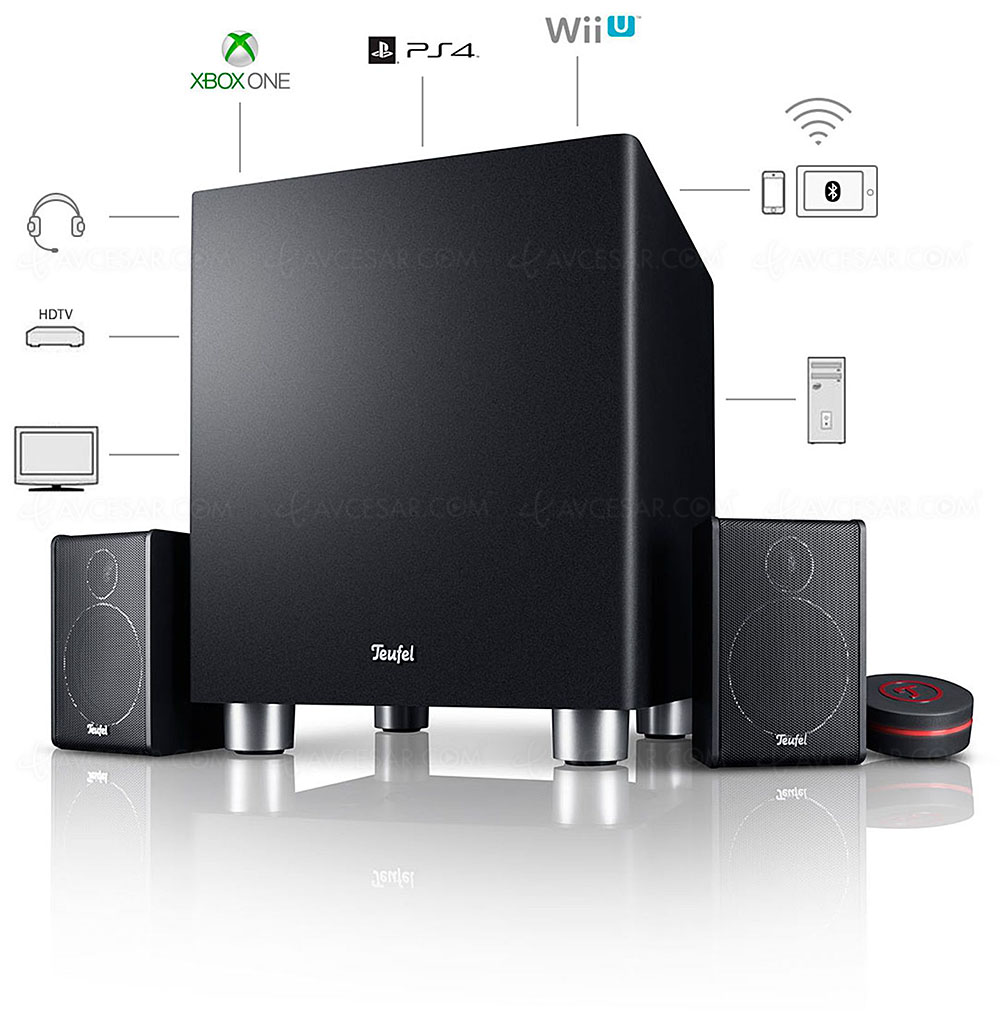 But, gradually, the audio market is no longer confined to Hi-Fi. Computers, video games, etc. offer increasingly advanced sound illustrations requiring optimal reproduction of equipment at their height. In 2006, Teufel therefore decided to expand its production by offering the Concept C, a multimedia-oriented pack (see photo above). Then, in 2010, the brand took an interest in the audiophile market. A world that is extremely more demanding than that of Home Cinema. The Ultima 800 (see photo below), a particularly elaborate column speaker, was born. However, Teufel also wants to democratize audiophile productions through it. For this the Ultima 8900 is offered at a particularly competitive price for the time. 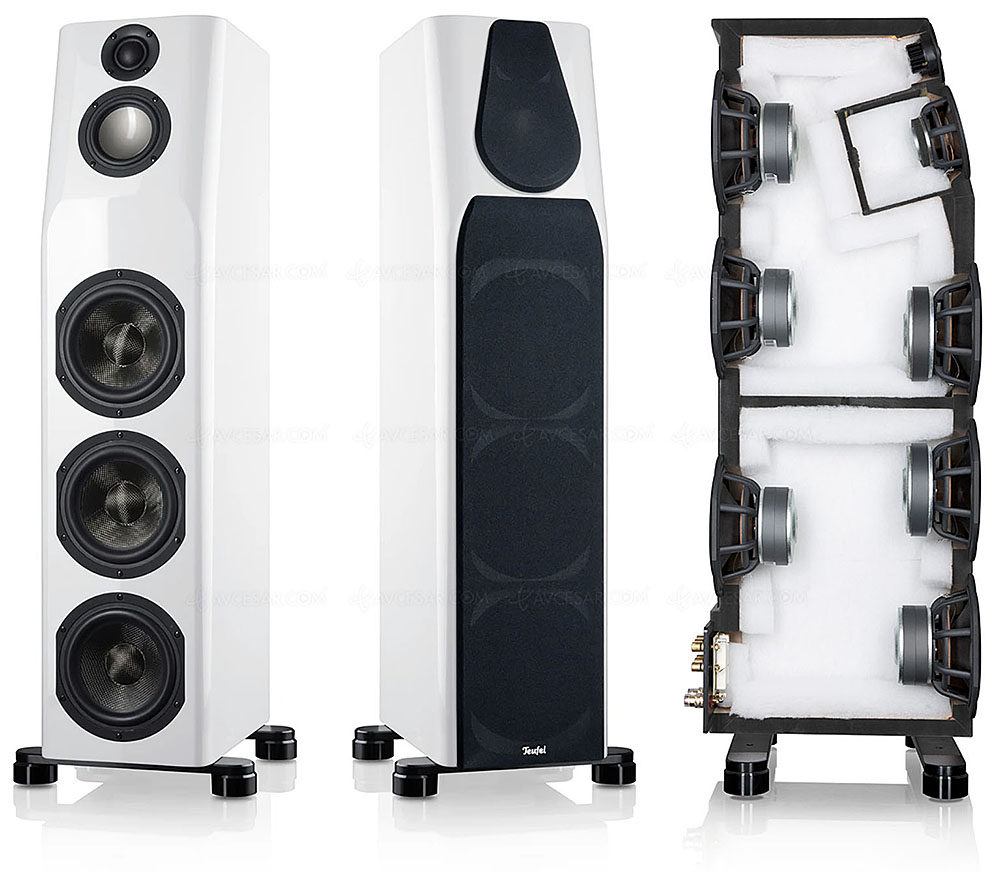 Teufel, the dematerialization revolution and the appearance of the Smart Home Then, concepts such as multiroom, streaming and dematerialized sources appeared. To respond to this emerging market, but already sensed as a trend with immense potential, Teufel is acquiring a company that already has great expertise in the world of streaming and multiroom. Gradually, Teufel further diversified its production and business practices. A movement that involves the creation of physical stores and Teufel Audio spaces (in Germany and Austria as already mentioned) with the common objective of always offering high quality sound at a reasonable price. Teufel, conviviality Bluetooth Another market that “exploded” around 2015 was that of Bluetooth speakers. If, at first, they were simply intended to improve the sound of telephones, they quickly turned into festive equipment offering to improvise evenings where everyone could share their playlists in a Dance Floor atmosphere. Here again Teufel has been able to meet the demands of this market by offering a monstrous autonomous Bluetooth speaker weighing 34 kg, the Rockster (see photos below), capable of delivering a sound pressure of up to 122 decibels. 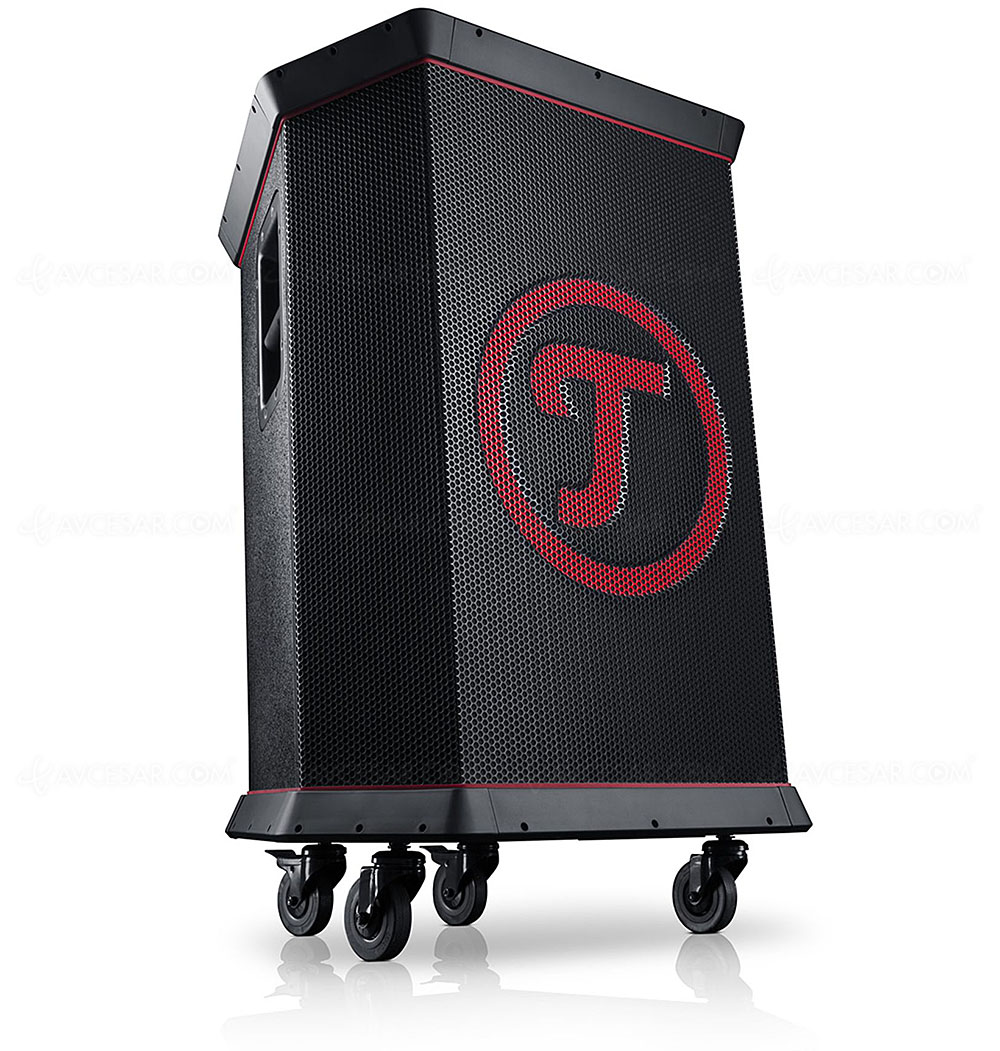 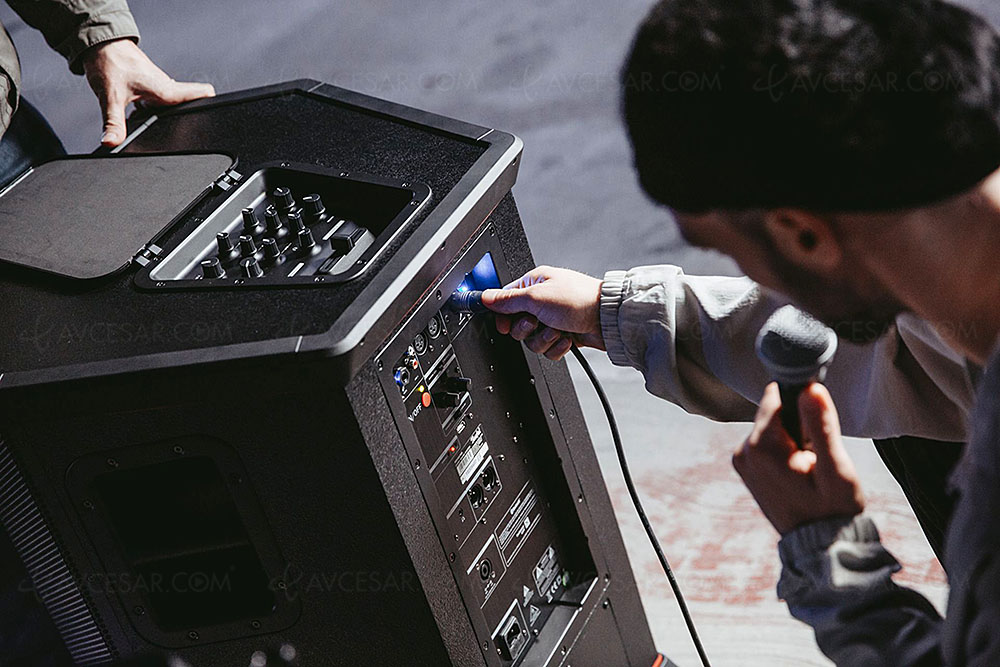 Teufel, perpetual questioning But Teufel also knows how to innovate by working closely with the biggest names in the electronics industry. For example, in 2016, Teufel became the first audio equipment manufacturer to take advantage of the Dolby Atmos license on its LT 5 Atmos column speaker (see photo below). 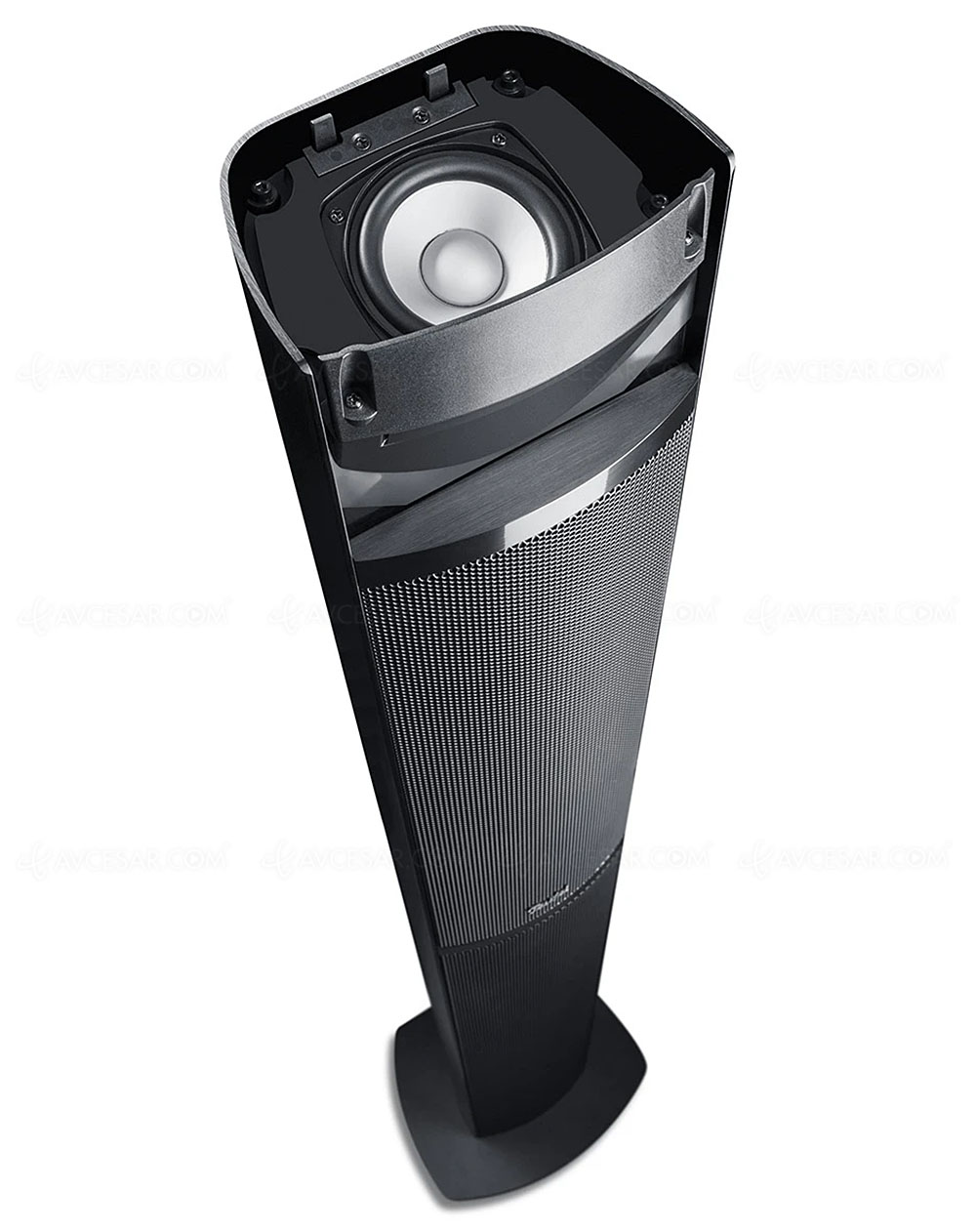 Similarly, its mastery of wireless technologies wire paves the way for completely wireless multi-channel systems. Still in terms of innovations, it is also possible to note that with its Dynamore process, the Radio 3sixty offered a feeling of 360° 3D reproduction despite its small size (see photo below). 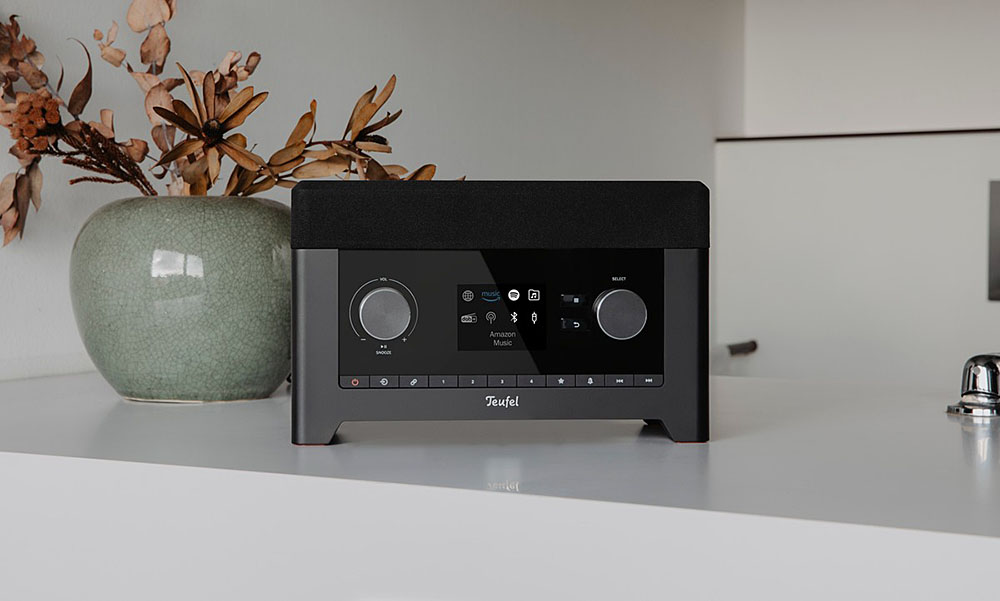 But if technological innovation is at the heart of the evolution of Teufel, the brand does not refrain from exploring original solutions in terms of design either. If, already in 2013, Teufel had undertaken a close collaboration with the German furniture producer Hüstla to offer coherent multimedia sets, in 2019 new concepts, combining performance and elegance are explored. The Wi-Fi speakers using porcelain "cabinetwork" designed in collaboration with the porcelain manufacturer Rosenthal are the perfect illustration of this artistic approach. Teufel, productions to follow closely It is this diversity of activities associated with a strong reactivity in relation to the evolutions and expectations of the high-fidelity market that won us over to Teufel's approach. For example, we can cite the brand's desire to systematically collect feedback from their customers, with the aim of developing products of course, but also to best meet their needs for the development of new references.

0 This is how the Ultima 40 active column loudspeaker (see photo above) was born, a variation of the Ultima 40 passive version loudspeaker acclaimed by consumers, both Hi-Fi and Home Cinema enthusiasts in the Set 5.1 packs (see photo below). Namely, all Teufel products are designed and developed in Berlin.

1 Here is a manufacturer, hitherto almost unknown on the French market, which we will most likely have the opportunity to talk about again. here shortly. Especially since Teufel is already announcing the arrival of its new Cinebar11 soundbar designed to deliver truly immersive surround sound. 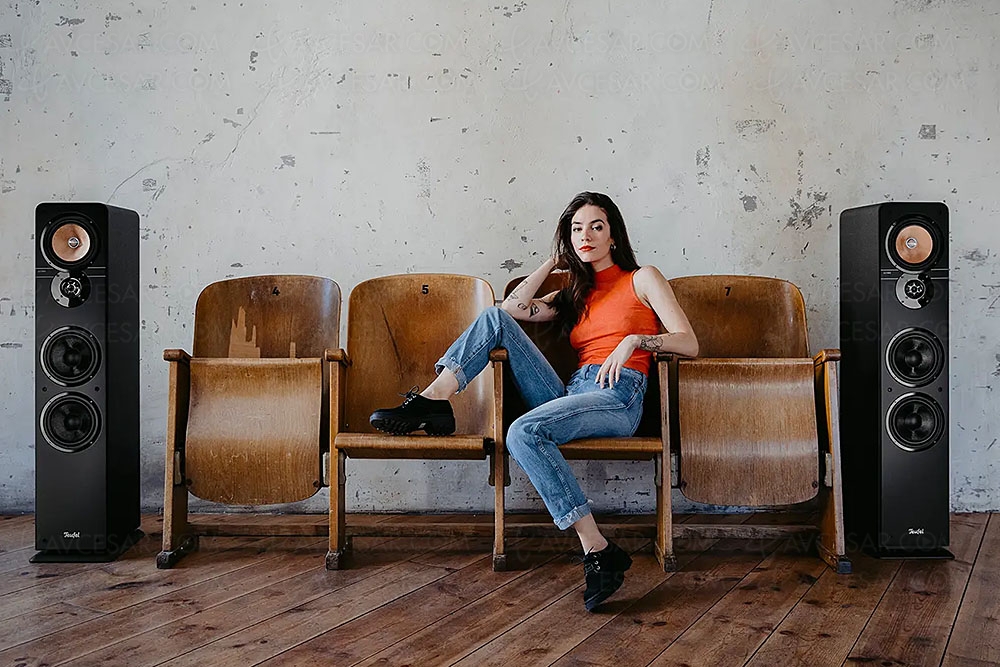